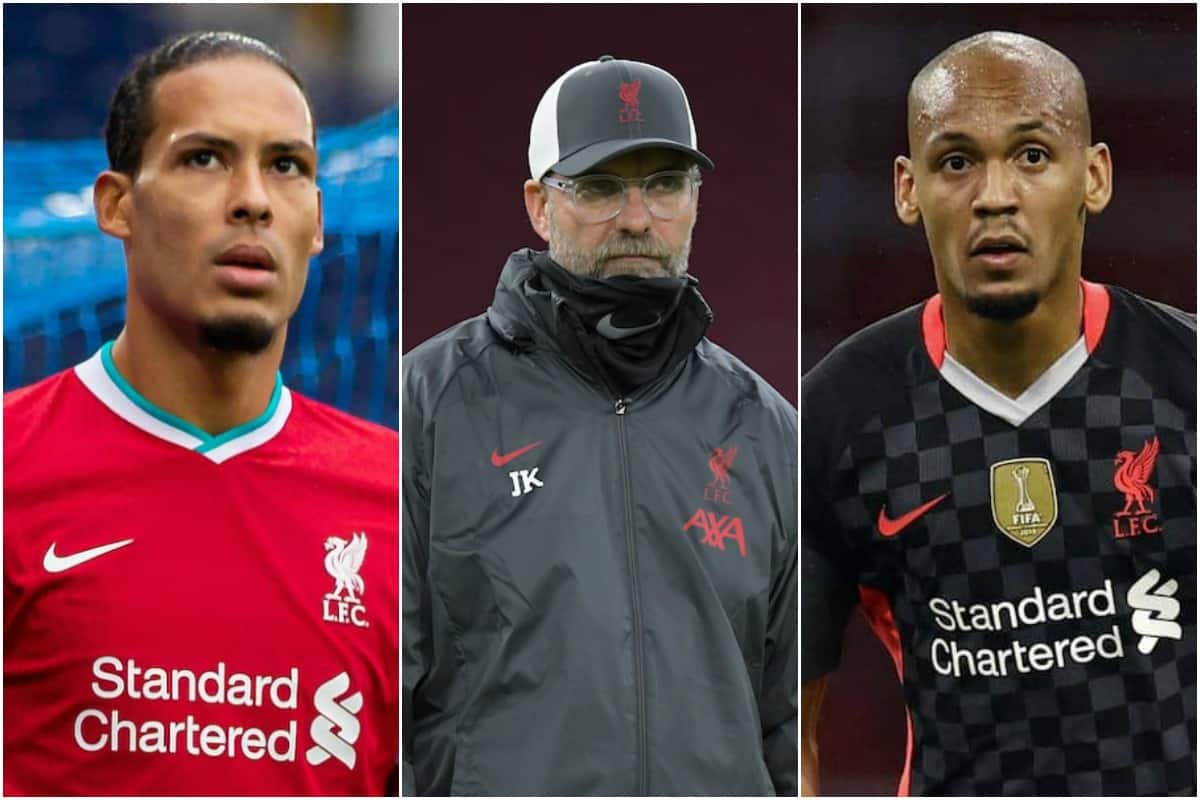 Jurgen Klopp provided an update on Virgil van Dijk and that his surgery will go ahead at “an appropriate time”, while he backed one of his successors in Fabinho and stressed the importance of time.

Concern has rightly come the way of Van Dijk since news of his long-term injury was confirmed, both as a professional and as a key member of Liverpool’s team.

His absence has forced a reshuffle at the back with a mainstay now needing to be replaced and while a confidence boost was provided in a 1-0 win at Ajax, minds are never far from the Dutchman’ well-being.

Since the injury last Saturday, a host of Reds have expressed their frustration and distress along with the manager and while Tuesday saw a heated response, Klopp was more matter of fact on Friday as he was asked about Van Dijk’s surgery and the timeline of his recovery.

“I can understand people are interested, Virgil was here and he’s ok,” Klopp told reporters.

“But when the surgery will happen I don’t think it makes sense that we give a time schedule every day but it will be fine, and it will happen at an appropriate time. But he’s as good as possible.

“No, we don’t want to know how long [the recovery time will be], to be honest. It will take time, that’s clear.

“In the end, all people are different so we should not limit that by saying that ‘for him it was that long and for him that long’.

“I think it makes sense from a specific moment in the rehab time that it becomes individual because everybody copes differently with it and their body, so there’s no need for [a timeline].”

A layoff in the best-case scenario would be six to seven months, but as Klopp noted, every individual reacts differently and if any further damage was sustained to the knee providing even a loose timeline would not be in the best interest of any party.

For now, Liverpool will push on without their transformational defender and one name has already stepped up to the plate in Fabinho.

The Brazilian was a standout for the Reds in their opening Champions League group stage win, a performance best remembered for a timely goal-line clearance and Klopp was full of praise for his No. 3 but insisted it will take time for the defence to adjust.

“They are different players but both can defend. That’s good! That helps, obviously,” Klopp added on Fabinho.

“We all know Fab can play this position, he played it the season before, I don’t remember which but in the home game against Bayern and he played absolutely great and so I am not surprised that he can play the position.

“But it’s all about getting used to each other, this line, before the Ajax game, I don’t think played together exactly like this.

“There’s a lot of things from an organisational point of view and you cannot talk about it or exchange notes it’s just to feel that’s right, that’s wrong, he’s doing that, higher line, lower line and that’s why I said there’s a lot to improve.

“These boys need to get used to each other but he can play the position, that’s it.”