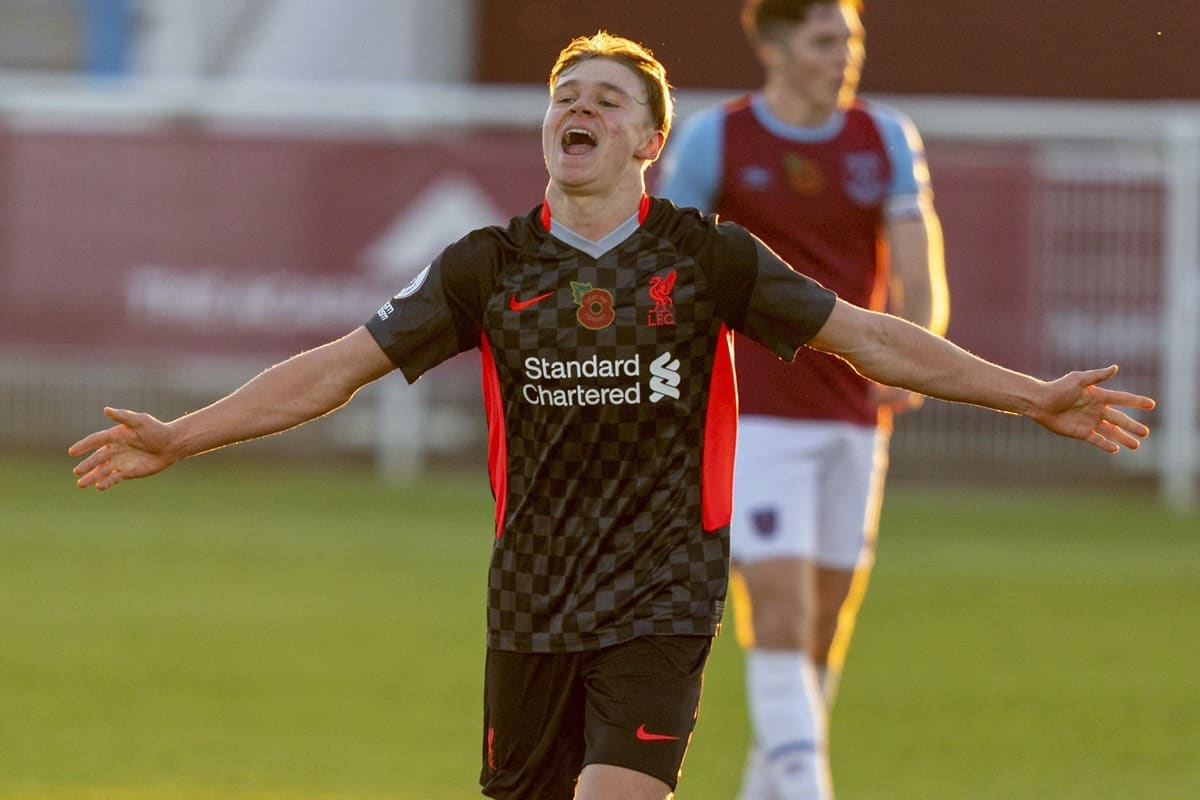 Billy Koumetio played 90 minutes on his return from injury as Liverpool under-23s came back from 2-1 down to seal a 4-2 win away to West Ham on Friday afternoon.

After an unlikely breakthrough in pre-season, it has been a difficult campaign for Koumetio so far, with injury limiting his chances with the first team and few opportunities arising in the academy.

In fact, his only outing before Friday’s trip to Rush Green was an hour in the under-18s’ 3-1 loss to Man City in September, ensuring his place in Barry Lewtas‘ side was a significant one.

The Frenchman replaced Remi Savage to partner Sepp van den Berg at the back as one of three changes from last time out, with Leighton Clarkson back from suspension to fill in for the injury Elijah Dixon-Bonner and Abdi Sharif taking over from Conor Bradley at right-back.

The young Reds got off to the perfect start, too, with Luis Longstaff putting them ahead in the seventh minute, the striker converting well after being freed through the middle by Clarkson.

Longstaff had already been denied with a promising chance, and Liverpool were ruing their inability to finish as goals from Oladapo Afolayan and Mesaque Dju turned the game on its head going into the break. 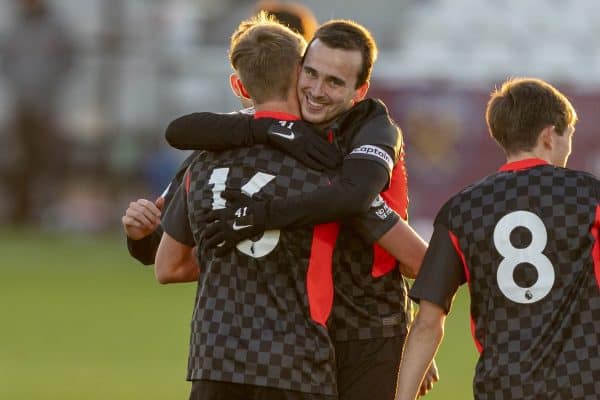 Having been pegged back by an energetic West Ham, Lewtas will have urged his players on at half-time, and the manager was rewarded within four minutes of the restart, as Tom Clayton scored his second in as many games.

The Scotland youth international has found a new calling as a midfielder, and though it was far from pretty, he marked another strong showing as he stabbed home in a goalmouth scramble.

Liverpool were much-improved after the break, with Liam Millar in inspired form down the left, while Longstaff’s constant threat as No. 9 was highlighted as he forced West Ham goalkeeper Joseph Anang into a red-card challenge when surging into the box.

Millar was the man who stepped up to take, and the Canadian finished with aplomb, having also struck from the spot in the 3-1 victory over Chelsea at the end of October.

There was still time to add another as Liverpool cruised to a comeback win, and it was a special moment as Paul Glatzel came off the bench to score his first of the season, after a long struggle with injury.

Victory continues the fine work of Lewtas and his players this season, with five wins and two losses in seven Premier League 2 games so far – but Tuesday night brings a much different challenge, with League Two side Port Vale to come in the EFL Trophy.