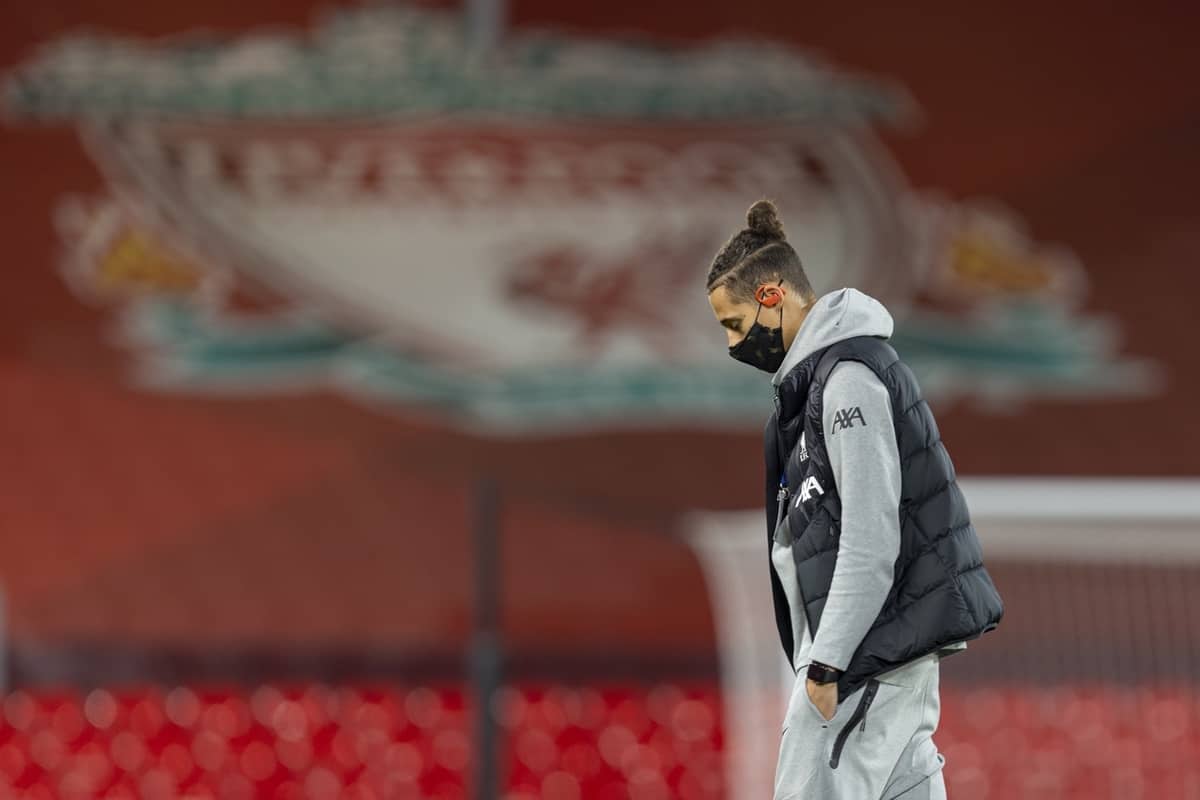 Jurgen Klopp has made five changes to his side for Liverpool’s Champions League clash with Atalanta, as Mo Salah returns to the starting lineup at the first time of asking.

The Reds are under the lights at Anfield this evening as they look to seal their place in the Champions League last 16 with a victory.

The reverse fixture saw Liverpool put Atalanta to the sword 5-0 and Klopp is wary of the Italian side having “a point to prove” this time out.

Injury has limited the ability to make widespread changes but the manager has taken the opportunity to inject fresh legs where he can with Liverpool’s next fixture taking place in less than 60 hours.

Alisson remains between the sticks and will have the centre-back pairing of Joel Matip and Rhys Williams positioned ahead of him.

While two maiden starts in the competition for the Reds comes the way of full-back pair Neco Williams and Kostas Tsimikas.

In midfield, James Milner, making his 50th European appearance for the club, Gini Wijnaldum and Curtis Jones have all been given the nod.

Mohamed Salah makes his return to the side after missing the win over Leicester and is joined by Sadio Mane and Divock Origi.

An extended bench and five substitutes are available to the Reds this evening, and Klopp has the likes of Roberto Firmino, Diogo Jota and Fabinho to turn to – while a place is also handed to Billy Koumetio. 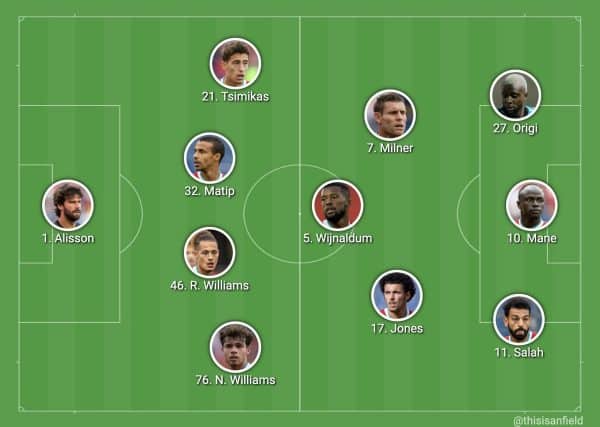