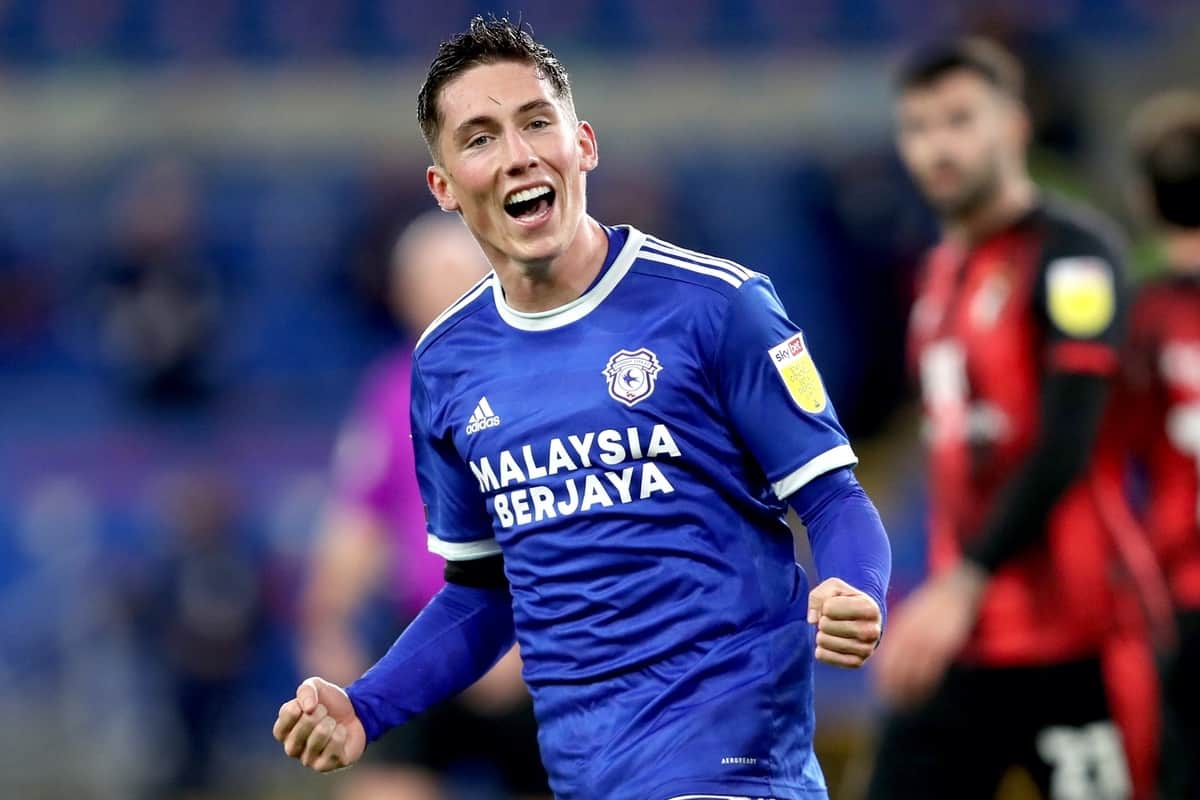 Harry Wilson‘s return from injury was marked with another bright display with Cardiff as he notched a thumping goal on Tuesday night to help guide his side to a 3-0 win over Barnsley.

Wilson had missed the Bluebirds’ last Championship outing with a hip flexor problem but he marked his return in style against Barnsley – where former Red Herbie Kane was an unused sub.

The 23-year-old was an influential member of Cardiff’s attack, deployed on the right flank he found himself at the heart of his side’s first home victory of the season.

Heading into the game, Wilson had one goal to his name from three appearances and while Cardiff’s second of the night was not his own he was imperative to its making.

Slick interplay and movement on the edge of the box saw him manoeuvre himself beyond the Barnsley defence, where Michal Helik impeded his run and a penalty was eventually awarded and converted by Joe Ralls.

And Ralls would repay Wilson in the 77th minute, finding the Liverpool loanee in space outside of the area before the Wales international drove forward and unleashed an unstoppable left-foot rocket.

It was the third and final goal of the evening for Cardiff, where Wilson played 79 minutes and fellow loanee Sheyi Ojo was injected from the bench for the hosts with 23 minutes remaining.

The result sees Neil Harris’ side rise to 11th in the table after 10 games and he commended the game-changing ability of Wilson post-match.

Elsewhere in the Championship, Harvey Elliott made his fifth successive start for Blackburn and played the entirety of a 0-0 draw with Middlesbrough.

It was a tough slog for the 17-year-old with Rovers managing just one shot on target in the match, one which manager Tony Mowbray conceded showed that the “signs are there of low confidence and an unbalanced team.”

On the continent, meanwhile, Taiwo Awoniyi was handed his first start for Union Berlin in their 3-1 Bundesliga victory over Hoffenheim on Tuesday evening.

The 23-year-old played 77 minutes and was a bright spark as one of Union’s two forwards, and while he missed a glorious chance to net his first goal on the stretch from a corner he was, notably, clocked as the fastest player on the pitch at 33.69km/h.

Finally, Marko Grujic came on for the final two minutes of Porto’s 3-0 win over Marseille in the Champions League, a result which sees his side sit in second place in Group C, while Adam Lewis was once again left to settle for eight minutes off the bench in Amiens’ 1-0 defeat to Toulouse.