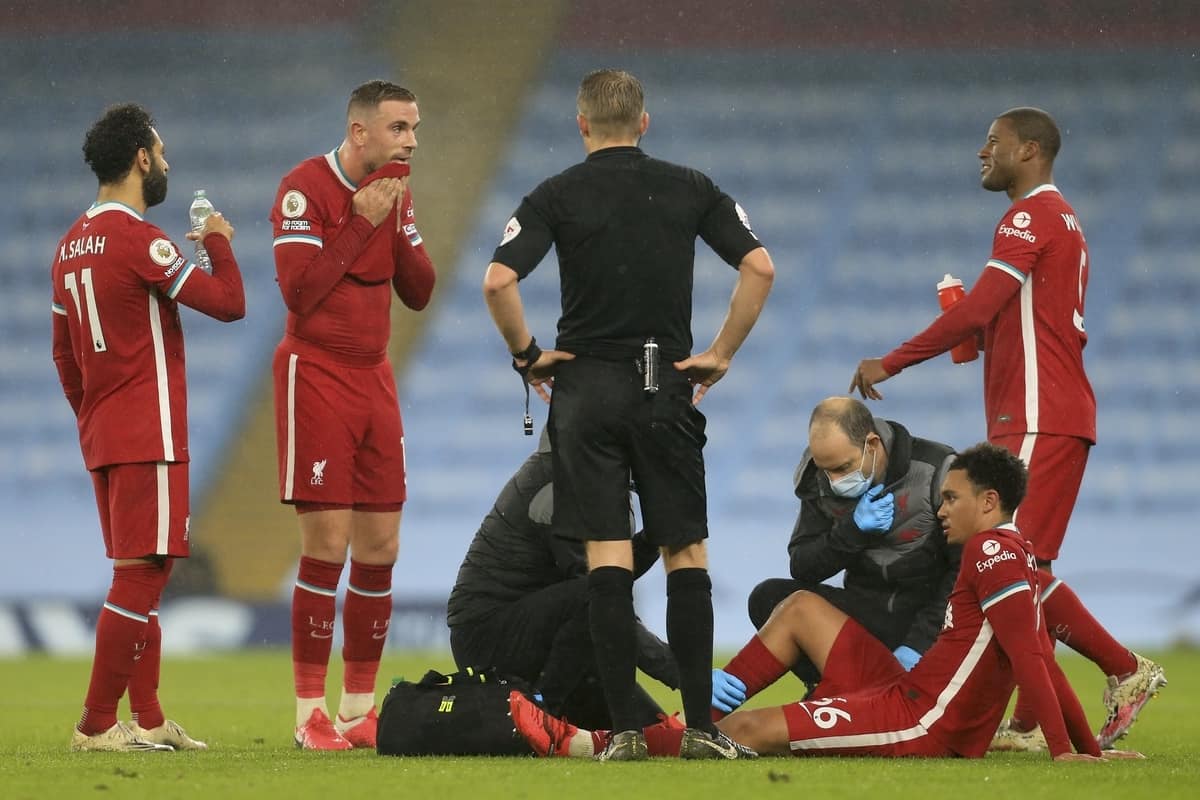 Trent Alexander-Arnold was forced off with a calf injury in Liverpool’s 1-1 draw with Man City, and after the game Jurgen Klopp ruled him out of England duty.

The Reds were held to a draw at the Etihad as Gabriel Jesus cancelled out Mohamed Salah‘s penalty, with Kevin De Bruyne missing a spot-kick of his own and Liverpool denied another in the second half.

Both sides will likely be content with a point from this clash, but Klopp will have been counting the cost as Alexander-Arnold looked to add to his injury woes in defence.

The right-back pulled up after attempting a sprint to recover, and soon after went to the ground, his face a picture of disappointment as he told physio Chris Morgan he had felt his calf.

Speaking to Sky Sports after the game, Klopp gave an update on Alexander-Arnold’s fitness, acknowledging it was a calf problem.

He said: “Unfortunately, Trent obviously has something in the calf. We don’t know yet, but that’s absolutely not cool.”

The silver lining with this setback is that the trip to City came directly before the third international break of the season, and Klopp confirmed that Alexander-Arnold will now miss England’s upcoming fixtures.

He was one of three Liverpool players named in Gareth Southgate’s squad to play the Republic of Ireland (Nov 12), Belgium (Nov 15) and Iceland (Nov 18), and one of five right-backs, but now he will pull out of duty.

Klopp told reporters in his post-match press conference: “He will be out of England. He will have a scan tomorrow and then we will see.”

Hopefully Alexander-Arnold will be fit again for the visit of Leicester on November 21, but if not, Klopp could turn to James Milner or Neco Williams at right-back.