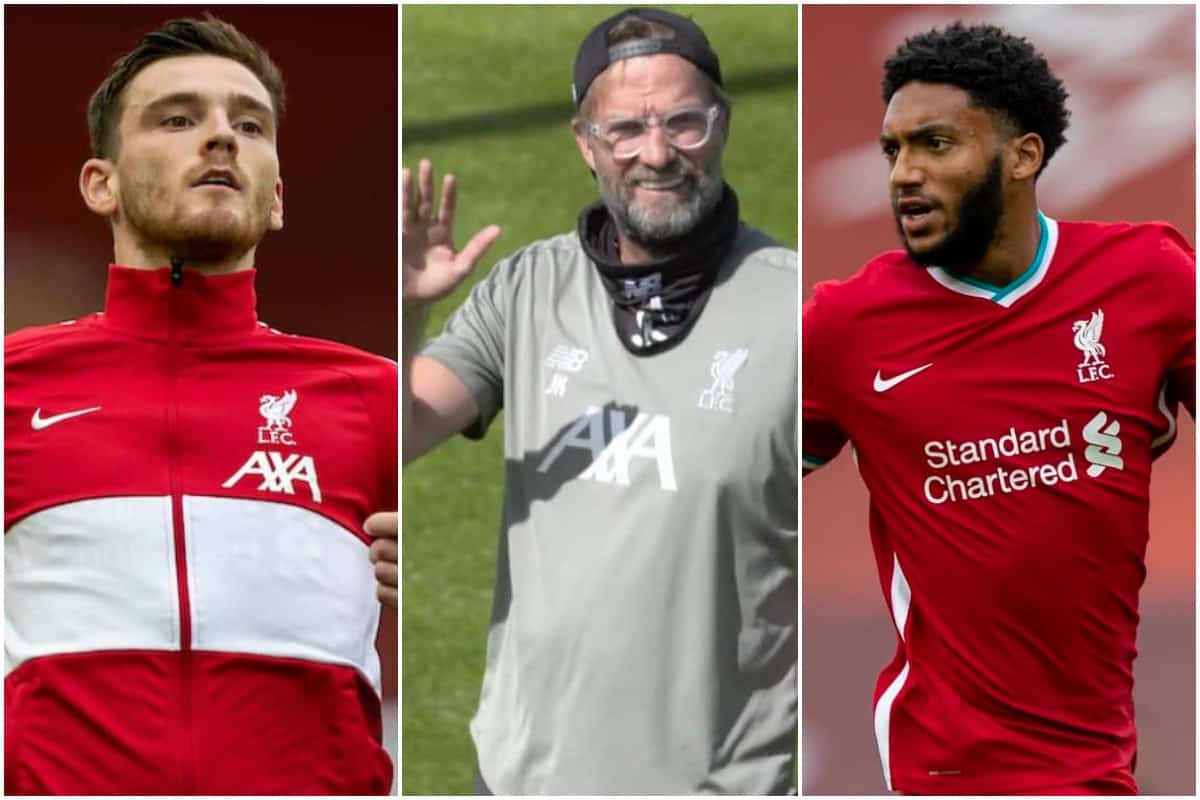 Liverpool are heading into the international break, safe in the knowledge they are in touch at the top, flying in Europe and were impressive against Man City.

Goodbye to history, hello the future

As is well-known by now, Liverpool are departing Melwood over the international break and heading to the brand new AXA Training Centre.

The boss spent Saturday preparing for the game against City, his final day working out of his Melwood office, and the cameras were there to picture him putting the finishing touches on what turned out to be a tactical surprise.

Jürgen in his Melwood office for the final time ?? pic.twitter.com/zu50y4mlrP

Liverpool have plotted the downfall of many a rival and the winning of many a trophy from their Melwood base, with Klopp adding to that over the last few seasons.

Now we look to the future and a joining of Academy and senior forces, which will hopefully yield far more silverware in the years to come.

Gomez delighted to link up with Matip

They finally started a game together! Joel Matip and Joe Gomez became the 37th central defensive pairing under Klopp’s reign, and they did a pretty good job at the Etihad.

There’s hopefully much more to come, too, with the duo likely to be our first-choice back line throughout 2020/21 – as long as they both remain fit.

Nat Phillips and Rhys Williams have stepped in to perform well so far, but Gomez is under no illusions that his newest partner is up there with the finest.

“Joel, everyone knows how good he is. For me, he’s world class,” he said.

“Obviously we’ve got a miss in Virgil, but I enjoy playing with Joel and we’ve just got to keep pushing and keep getting points together as a collective.”

Add in a returning Fabinho soon and the Reds could be looking somewhat stronger in central defence, at least, when the action resumes against Leicester in two weeks. 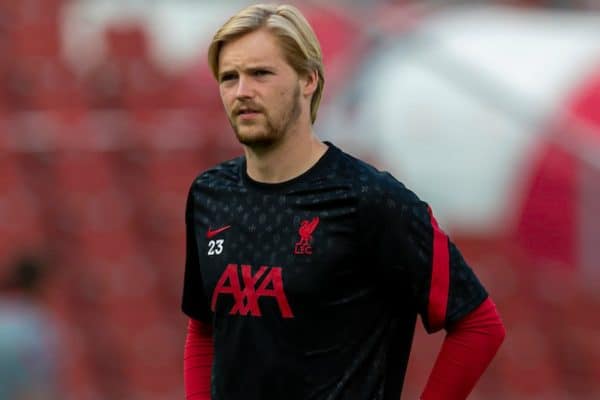 All the catch-up gossip after the weekend and ahead of the internationals. 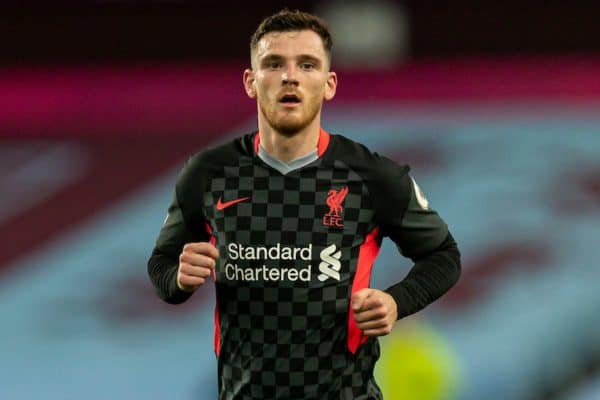 Covid, mink, Denmark – Google that if you don’t know. With England set to face the Iceland, who are to first play the Danes, and what with international travel being banned, the country in a lockdown after fears of rising cases and so on, maybe just…not playing the games might have been a good idea?

But instead, England and Iceland will travel to a neutral venue to play their match apparently, because involving yet another nation and different travel is definitely the way to avoid issues.

Nothing to do with Liverpool! But here’s Lazaro, who couldn’t get a game on loan at Newcastle last term, doing the goals for his new side ‘Gladbach. He’s just a Giroud wannabe, obviously.

A tactical breakdown on the Athletic of our draw at City.

And in the Independent on the same game, Miguel Delaney shows why two very different halves perhaps hinted at a much more intriguing title race in the long run.

The start of international week. Pick a new series to watch.