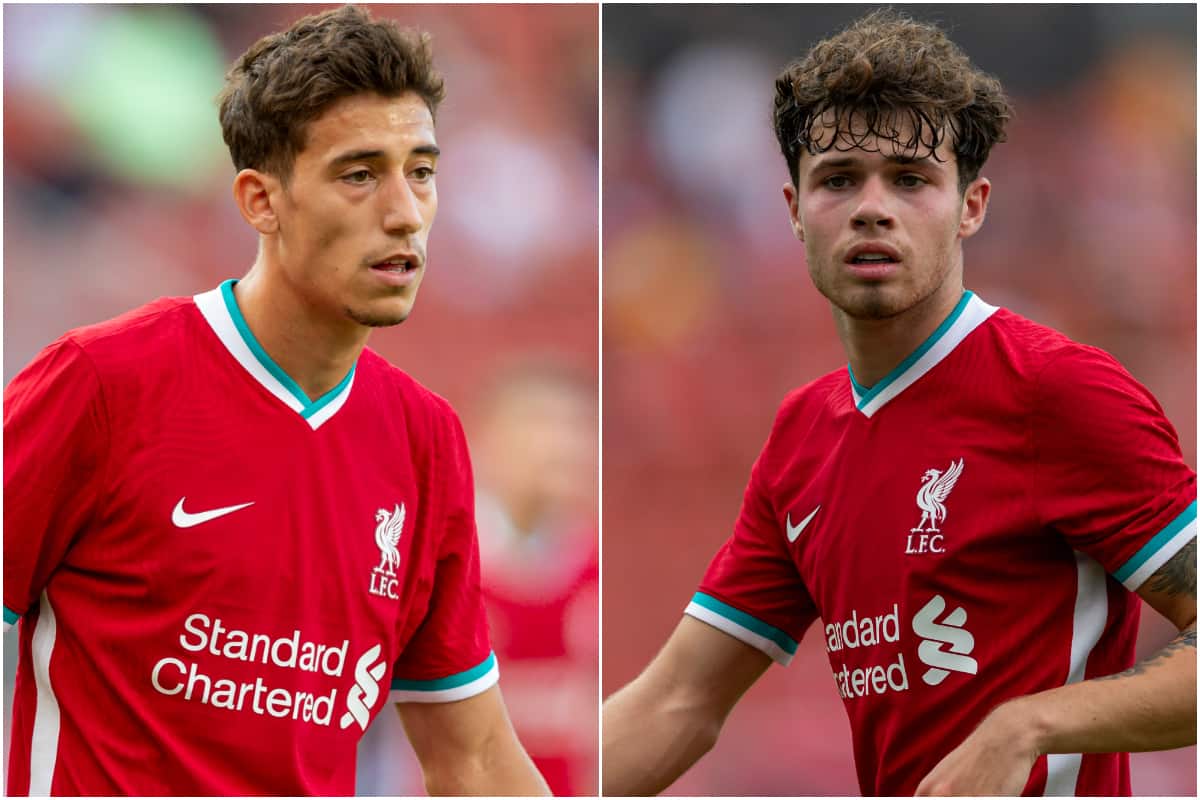 With Trent Alexander-Arnold out and Andy Robertson managing his fitness, Jurgen Klopp looks set to turn to Kostas Tsimikas and Neco Williams for a run at full-back.

“Robbo and Trent, let’s say, they cannot play every season 50-something games—it would limit their careers, to be honest, even when they come through [fit],” Klopp said in August.

With Tsimikas brought in from Olympiakos for £11.75 million, the manager revealed his plan to allow both Robertson and Alexander-Arnold periods of rest to avoid burnout and injury during a uniquely busy campaign.

But three months later, and for a variety of reasons, the Greek has made just two outings for the Reds: a 90-minute full debut in the 7-2 thrashing of Lincoln, and an eight-minute cameo in the 5-0 thrashing of Atalanta.

Tsimikas has only been named in the matchday squad for four of Liverpool’s 14 games so far this season, and while injury and a positive case of COVID-19 have played their part, there have been times when he has simply been overlooked.

In the absence of his new No. 21, Klopp has started Robertson in every game in the Premier League and Champions League so far, with no player clocking more minutes for the Reds.

Similarly, Alexander-Arnold has been an ever-present in league and Europe, while his de facto backup, Williams, has featured just four times: against Lincoln, Atalanta and twice Arsenal, in the Community Shield and League Cup.

It is no surprise that the manager has relied upon his first-choice full-backs so heavily, given the issues Liverpool have faced at centre-back.

“Everybody has to step up now; Robbo, Trent and Joe, they are in charge,” Klopp explained in the wake of Virgil van Dijk‘s season-ending knee injury, as he encouraged a collegiate outlook on leadership without the No. 4.

Now, however, Alexander-Arnold is sidelined for a month with a calf injury suffered in the 1-1 draw with Man City, while Robertson is managing a hamstring issue sustained in the closing stages of that stalemate at the Eithad.

Gomez has joined Van Dijk as a long-term absentee, leaving Robertson as the only possible starter when Liverpool return from the international break.

The visit of Leicester is of real significance, given Brendan Rodgers’ side are top of the table, and it is likely the Scot will be given every chance to start as the Reds look to restore their lead.

But beyond that, the manager will almost certainly be forced to finally implement his rotational plan at full-back, with both Tsimikas and Williams to benefit.

It will be a big challenge for the pair – and, fortunately, Klopp can also rely upon the experience of James Milner in both positions – but it should be one that they relish as they look to gain a foothold in a world-class squad.

For Tsimikas, it will be a belated emergence, with setbacks ensuring he follows the same slow adaptation process the likes of Fabinho, Alex Oxlade-Chamberlain and his competition, Robertson, underwent in their first months at the club.

But despite this, back in August, Klopp described him as “a very good footballer with an attitude to win and to compete,” adding that “he has shown already at a young age he can experience football in a different country and do well.”

Tsimikas himself vowed to be “ready for everything” following his pre-season bow against Stuttgart, with his mentality one of the attributes that landed him his move, and his rapport with Mo Salah allowed him to settle quickly.

For Liverpool supporters, there has been little to work from in terms of exactly how he can make an impact, but his solid debut against Lincoln hinted at a left-back comparable to Robertson in terms of skillset.

Having already been thrown on as a late substitute against Atalanta, it would be realistic to see Tsimikas start in the return fixture at Anfield on November 25.

The same can be said of Milner at right-back, as while the veteran could be the go-to starter in the most high-profile fixture of the week, at 34 there is reason to doubt whether he can sustain his performance levels in all three.

That is where Williams comes in, and again, having lined up on the opposite flank to Tsimikas in the closing stages of the win at Atalanta, it would make sense to see him start in the same role against the same opposition at Anfield.

Beyond that, a rotational approach – even when Robertson and Alexander-Arnold are both fully fit – could benefit the Reds hugely, with eight games to play in a packed December.

After signing a new five-year contract with Liverpool in August, a week after the arrival of Tsimikas, there has been scrutiny over Williams’ form when standing in Alexander-Arnold.

But he will report to Kirkby later this week on the back on an impressive run with Wales, including a man-of-the-match performance in their 1-0 victory over the Republic of Ireland.

“Williams grabbed the opportunity with both hands,” wrote WalesOnline‘s Mathew Davies after the win.

“The teenager plays with no fear and should be the man Klopp turns to fill in for Alexander-Arnold in his enforced absence.

“Granted, James Milner could be seen as the more reliable choice especially in a back line decimated by injuries, but Williams has illustrated he is a player for the big stage, despite his tender years.”

Playing for Wales in a competitive but largely meaningless UEFA Nations League tie and for Liverpool in an important Champions League group game are certainly different prospects, but these are the challenges Williams needs to prove himself. 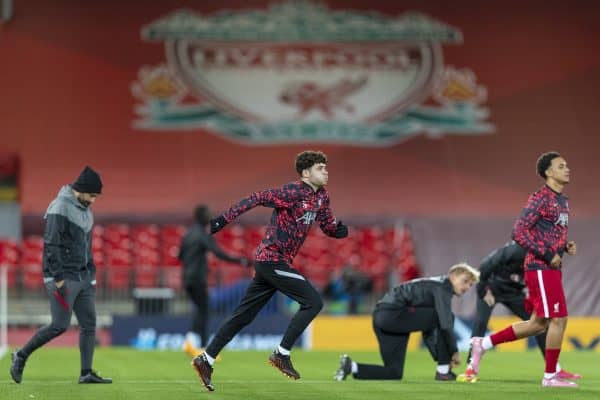 That the situation is almost forced is frustrating, and no doubt Klopp would have turned to his backup full-backs earlier had fortune favoured Liverpool in other areas.

But as the likes of Rhys Williams, Nat Phillips and Xherdan Shaqiri have managed elsewhere on the pitch, this serves as an opportunity for two high-potential players to take the ball and run with it.

It would be contrived to claim this mirrors the way in which Alexander-Arnold and Robertson themselves broke into the side, but both did capitalise on chances in the absence of previous first-choice full-backs Nathaniel Clyne and Alberto Moreno.

There is no suggestion that Tsimikas or Williams could usurp either of Liverpool’s world-class options yet, but this is an hour of need for Klopp, and if he cannot rely upon those in place as backup now, the question could arise of ‘when will he?’.

Klopp is a manager who almost embraces adversity, and he will be eager for his squad to do the same – and amid a crisis at the back, two new full-back options can fall into place.