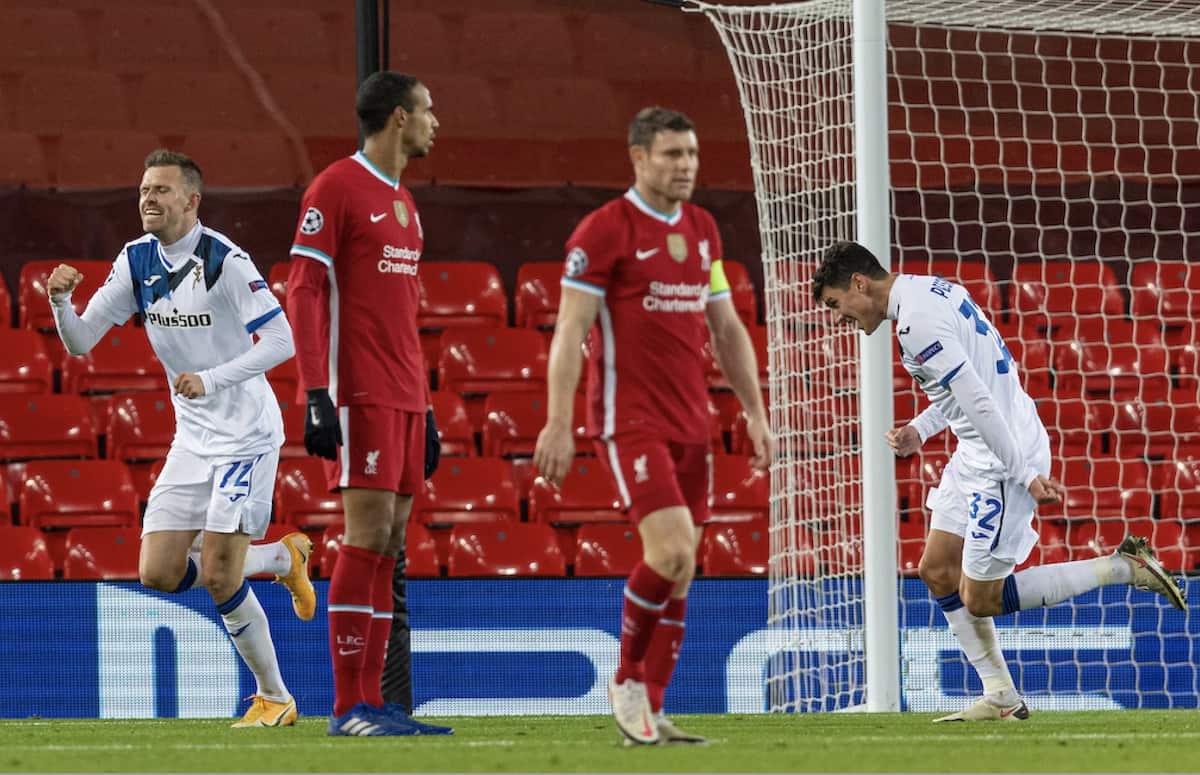 Liverpool’s 2-0 defeat to Atalanta saw the Reds fall miles short of their best, both collectively and individually.

Jurgen Klopp‘s side knew a win at Anfield on Wednesday would see them qualify for the Champions League knockout stages with two games to spare, but they were completely out of sorts.

Liverpool did nothing of note in the opening 45 minutes, prior to quickfire second-half goals from Josip Ilicic and Robin Gosens putting Atalanta in complete control.

The visitors eased to victory in the end, with Klopp a frustrated figure on the touchline as his side failed to even muster a shot on target. 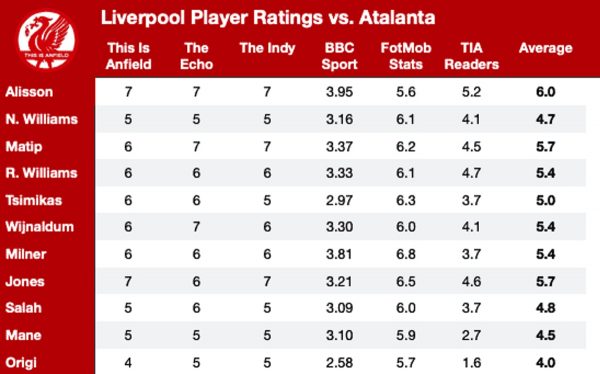 On an evening full of below-par individual performances, Origi (4.0) was deemed Liverpool’s worst player in the average ratings.

The Belgian was given an opportunity to prove his worth, but he fluffed his lines horribly yet again.

TIA’s Joanna Durkan bemoaned Origi’s “lack of pace, movement and touch,” while our readers gave him a woeful rating of just 1.6!

Meanwhile, Ian Doyle of the Echo thought the 25-year-old “did little” whenever he had the ball.

Sadio Mane (4.5) was a shadow of himself throughout at Anfield, and he has now scored just twice in his last nine appearances.

Liverpool’s No.10 was “extremely quiet,” according to the Independent‘s Karl Matchett, and FotMob noted that his pass completion rate was just 64 percent, as he got the second-lowest rating.

In third place at the bottom end of the ratings was Neco Williams (4.7), who struggled to fill in for the absent Trent Alexander-Arnold.

Doyle said the Welshman was “targeted by Atalanta defence” and concluded that both goals originated from his flank as he failed to prevent the crosses.

On a more positive note, Alisson (6.0) was seen as the Reds’ star performer, looking sharp throughout and making a “strong save at his near post,” as pointed out by Durkan.

Next up for Liverpool is a trip to Brighton on Saturday lunchtime, with a win taking the Reds top of the Premier League, for the time being at least.