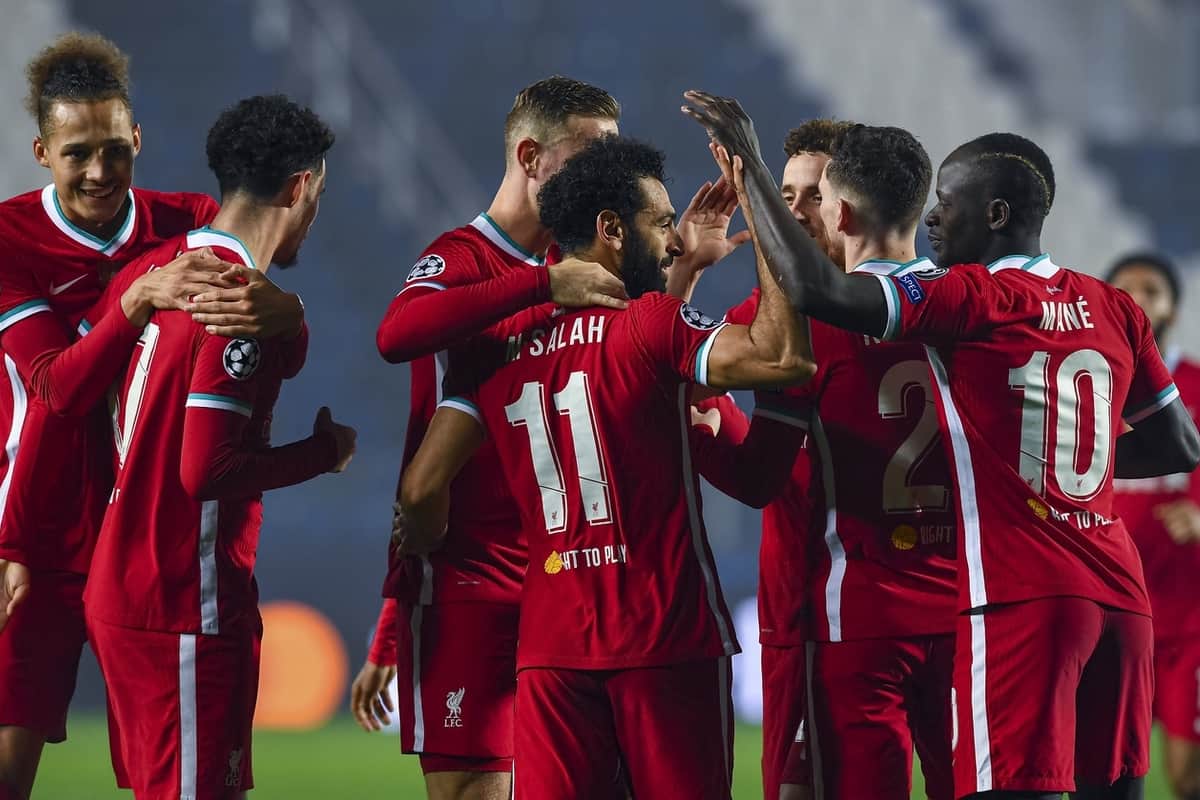 Liverpool have been forced to overcome plenty of major obstacles in the last month, but they have conquered them admirably and now look overriding favourites to win another Premier League title.

Bias is rife in the modern game, but even the Reds’ biggest detractors couldn’t deny that they have been unfortunate so far this season.

Jurgen Klopp has had several headaches to contend with, with the footballing gods seemingly hellbent on preventing Liverpool from winning consecutive league crowns.

Virgil van Dijk‘s season-ending knee injury rocked the Reds in a manner no other has in years, but the Dutchman hasn’t been Liverpool’s only fitness issue.

Star signing Thiago has been limited to just 135 minutes of action, while Alisson, Trent Alexander-Arnold, Joel Matip, Fabinho, Jordan Henderson, Naby Keita and Alex Oxlade-Chamberlain have all been sidelined, too.

Meanwhile, VAR has intervened on a number of occasions, whether it be Mohamed Salah failing to win a penalty at Aston Villa, the farce that took place at Goodison Park or the spot-kick Fabinho conceded at home to Sheffield United.

That’s merely a few examples, with Liverpool officially the team most adversely affected by the technology this season, suffering a net score of -4 when it comes to overturned decisions.

Most sides would already have buckled under the strain of so much going wrong, but Liverpool are as resolute and talented as they come, showing why they remain the team to beat.

Losing the world’s best defender, and also having to make do without two of the world’s leading midfielders, is going to impact on any side.

Liverpool could not have asked for this period to go much better, however, in a spell that could look pivotal come May.

In the six games they have played since Van Dijk’s layoff, the Reds have been victorious on five occasions, with the only draw coming at Man City – a perfectly adequate result.

The performances haven’t always been brimming with high-octane football and immaculate defending, but Liverpool have dug deep and highlighted why they are champions.

They trailed against Sheffield United and West Ham at Anfield, only for Diogo Jota to come to the rescue twice, and needed to be defensively resolute in taxing trips to Ajax and City, along with a masterful display at Atalanta.

Youngsters Nat Phillips and Rhys Williams have done admirably under huge pressure, Curtis Jones has grown in stature and Xherdan Shaqiri has come out from the cold and provided star quality.

The best teams possess a never-say-die, problem-solving gene, handling negativity with a measured approach, rather than succumbing to it.

This has come to the fore with Klopp and his players since the Everton game, with almost a siege mentality created and a refusal to let Van Dijk’s injury act as the catalyst for their downfall.

With eight matches played, four of which have been against Chelsea, Arsenal, Everton and City, Liverpool are just one point off the top of the Premier League.

Those around them will be concerned by that, considering how much has been thrown at them in these opening months.

On that miserable day when Van Dijk got injured at Everton and everything seemed to conspire against the Reds, the doubters appeared in their droves.

Liverpool were suddenly a ‘one-man team’ who would be shown up, and their legacy as one of English football’s best sides in decades apparently lay in doubt.

Fast-forward just short of a month, however, and those voices have become largely muted.

Liverpool’s aforementioned tough start has been overcome with just the odd glitch and the fixtures for the remainder of the year look kind.

Of the so-called ‘big six’, only Tottenham face the Reds before the New Year, with the next meeting with a rival coming in mid-January, at home to Man United.

Table-topping Leicester head to Anfield in the next league game, which does have the potential to be tricky, but a club record 63-match unbeaten home run suggests fans shouldn’t be overly worried.

Another reason for such positivity surrounding Liverpool’s title hopes is the calibre of the sides around them, with none looking like future champions currently.

City are not the force of old, having lost the likes of Vincent Kompany and David Silva, whilst also seeing Fernandinho and Sergio Aguero drift past their peak in form and fitness.

They remain the biggest threat to Liverpool’s hopes and in Kevin De Bruyne they possess arguably the Premier League‘s best player, but there is an end-of-an-era feel about Pep Guardiola’s reign at the Etihad.

Spurs appear hopeful of mounting a challenge, given the world-class attacking triumvirate of Gareth Bale, Son Heung-min and Harry Kane, but they are far from an all-round package and Jose Mourinho is no longer the manager he once was.

Then there’s Chelsea, United and Arsenal, all of whom take turns in looking promising one week and abject the next, with the trio managed by individuals who are both inexperienced and flawed.

Teams such as Leicester, Southampton and Wolves are dangerous on their day, but over a 38-game season none will get close to Liverpool, as the Foxes showed last season. 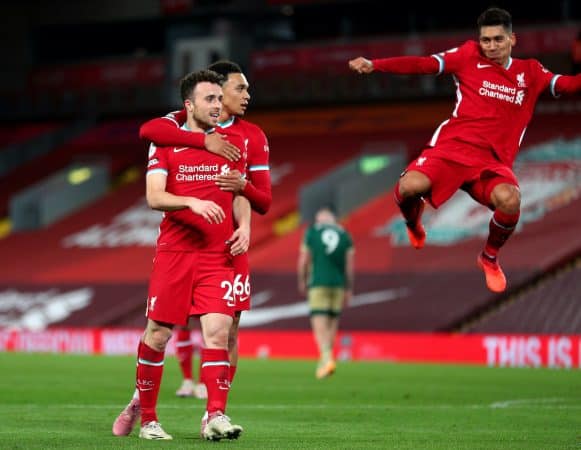 Even without Van Dijk, this is still a side full of world-class players who would get into most teams in Europe.

Alisson, Alexander-Arnold, Andy Robertson, Thiago, Salah and Sadio Mane are all among the best in the world in their positions, and figures such as Joe Gomez, Fabinho, Jordan Henderson, Gini Wijnaldum and Roberto Firmino have been key men in an elite side for years now.

Another setback provides another obstacle to overcome with Gomez the latest to fall to injury while with England on international duty, but the outlook is less bleak when you consider Fabinho and Thiago are to return to the fold and with winnable fixtures on the horizon.

The return of the latter will feel particularly big, considering his reputation as one of the outstanding midfielders of his generation.

It is still being largely downplayed how much of a game-changer he could be.

Some may think it reckless to be so cocksure about Liverpool’s chances this early in the season, but Klopp has instilled this belief in the fanbase and backed up such faith in them on the pitch.

A month ago, there may have been a few reasons to doubt whether the Reds would win back-to-back titles, but in the weeks since, they have shown why title number 20 looks on the cards.