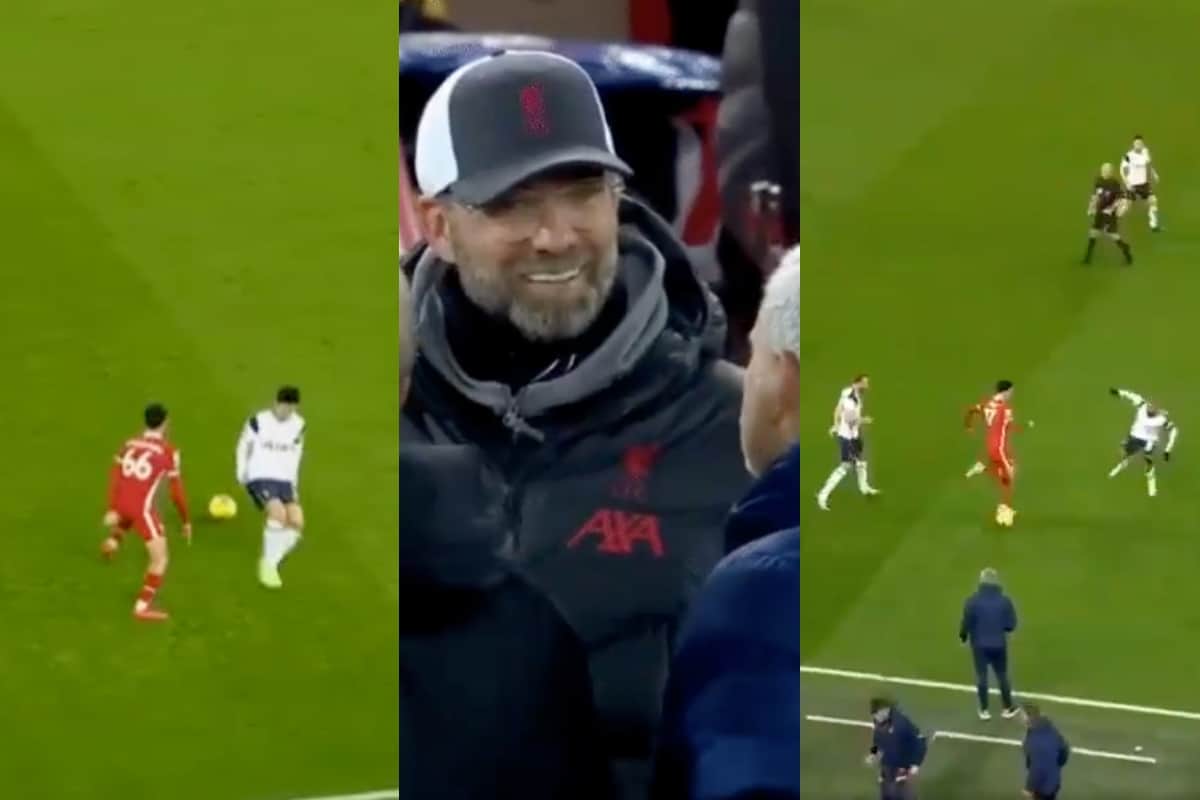 A last-minute winner, Jose Mourinho moaning about anything and everything, Liverpool going top of the league – Wednesday night was an enjoyable one for Reds fans!

Beyond the obvious three points collected and a superb team performance – despite eight first-team players ruled out due to injury – there’s plenty of smaller moments that fans are enjoying the day after the game.

First off, there’s Roberto Firmino‘s wild celebration, running the length of the pitch to celebrate in front of the 2,000 fans in the Kop.

It was a brilliant moment that really showed how much it meant to him, and how much the fans’ support means to him.

Adrenaline pumping, a full sprint towards the Kop, looking behind to see if everyone else is following. Brilliant.

PS. After last season’s lack of home goals, all three of Firmino’s so far this season have been at Anfield.

We all know Curtis Jones is a confident lad, and Jurgen Klopp has told us that plenty of times too.

Against Spurs it was a supreme performance that really showed his array of qualities and we got a glimpse of the type of thing that happens regularly on the training ground.

1-1, against a Mourinho side looking to punish you on the break, in a tight area in midfield, and Jones has the audacity to play that pass. Confidence, quality and actually purposeful, receiving the ball back from Andy Robertson to work out into space.

Got to love a good nutmeg. Son even tries to close his legs. It’s the perfect execution from Trent, first touch, ball in the air, through the legs and gone.

Off you get for the Echo.

“It might come back to bite me…” says Tim Sherwood, seconds before Firmino heads in the last-minute winner.

To be fair, he probably had a point, Spurs had superiority in the air, especially with Liverpool missing Van Dijk on set-pieces this season.

Earlier in the game the Reds had mixed up their set-pieces with some short ones, but it was a perfect Andy Robertson cross straight onto the head of Firmino right in the danger zone that eventually did the trick.

Just funny because it’s Sherwood, to be honest.

My new approach to any argument ever…. pic.twitter.com/ORAe9QRmiR

Presumably this is the very moment Mourinho was saying that the ‘better team lost’.

How to win an argument: quick sideways glance, smirk, semi-laugh in a ‘I feel sorry for you’ kind of way, walk away.

Off you pop Jose, go distract your fans from your boring football with more hypocrisy to the media.