Stewart Downing, who is among Harvey Elliott‘s team-mates at Blackburn, has lauded the Liverpool loanee as a “frightening talent” and “almost the go-to man for us.”

Elliott endured a rare quiet day for Blackburn in Saturday’s 1-0 loss to Stoke, after having scored back-to-back goals against Norwich and Rotherham in previous outings.

The 17-year-old’s solo strike against Norwich was particularly eye-catching, driving into the box and nutmegging Canaries centre-back Grant Hanley before firing through the ‘keeper and in.

He is Blackburn’s leading creator this season, with 33 chances created and four assists tallied, with Harry Wilson (2.6) and Emi Buendia (3.3) the only players to average more key passes per 90 than Elliott (2.4) in the Championship.

There is no surprise, therefore, that Rovers see their No. 16 as the “go-to man,” with Downing – who rejoined the club on a free transfer in November, having seen his contract expire in July – heaping praise on his team-mate.

“We have to be careful with him because he’s still very young, but he’s almost the go-to man for us at the moment, he’s playing well and getting goals,” the ex-Liverpool winger told Blackburn’s official website.

“The manager’s probably trying to see whether he can rest him at some stage, but you have to play him at the minute.

“He’ll have ups and downs in his career, but he has that quality through a goal or an assist.

“But he’s fitted in so well here, he’s got a good environment around him and the lads all really look after him.

“It’s important for him to just keep enjoying his football.” 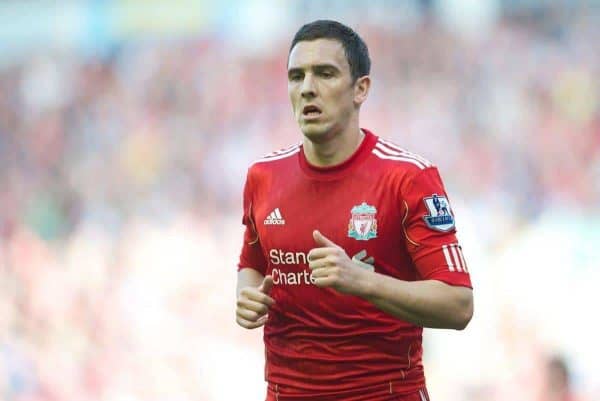 Downing proved a divisive figure during his two years with Liverpool, but at 36 and having played 408 times in the Premier League after his debut as a 17-year-old for Middlesbrough in 2002, he is well-positioned to comment on Elliott’s prospects.

He sees Elliott as a “frightening talent” who “never panics” and is “buying into everything” at Blackburn in terms of pairing his obvious on-ball talents with the work rate required off it too.

“I think the lads have spoken to each other and mentioned that you look back to when you were 17, you’re a bit a headless chicken, aren’t you?” Downing continued.

“But Harvey’s game understanding, his quality, his knowledge of when to release the pass, even with his goal, he never panics.

“For the equaliser [against Rotherham], as soon as he took his first touch I was turning back because I knew it would be a goal.

“He has the finesse, the quality, but he’s also fitted into the group very well.

“He’s definitely got the quality, but he runs around and works hard as well.

“I think most would look at him and say ‘he’s good, he’s got the technical ability’, but he’s buying into everything, the pressing, the tracking back, he’s a real team player.”