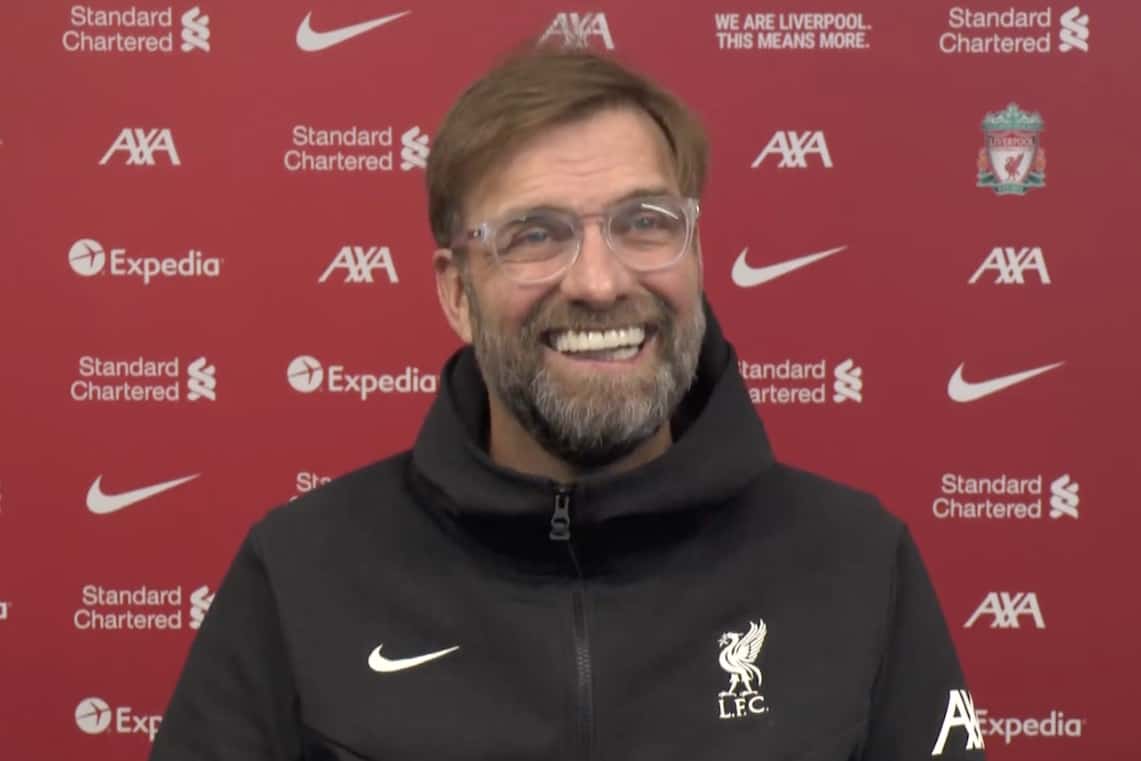 Jurgen Klopp addressed the recent vote to reject five substitutes in the Premier League and his team’s recent away record ahead of Liverpool’s trip to Crystal Palace on Saturday.

It’s another early kickoff on a Saturday afternoon after a late finish on Wednesday for the Reds, with Klopp’s side aiming to consolidate their position at the top after the win over Spurs.

It means rectifying a poor recent away record with Liverpool having won just once on the road in the top-flight this season, where only seven of a possible 18 points have been collected.

You could point to the controversial draws at Everton and Brighton but it remains that Klopp’s men have the joint-fifth worst away record this season.

All eyes are now on the trip to Selhurst Park to meet Roy Hodgson’s Palace, but the manager refused to be concerned on the recent away results and instead continues to seek out positive performances across the board.

“It’s not that much of a concern because to be 100 percent honest we didn’t feel it, maybe that’s our mistake,” Klopp told reporters.

“It’s a little bit about our opponents away, we were slightly unlucky as well in one or two games.

“But on the outside, it’s a fact we didn’t win a lot away from home so we try to change that by doing the right things again and the not so right things anymore.

“Put another shift in, just these kind of things. Playing the best possible football is actually the plan away and at home and from time to time we can achieve that.

There are no easy games in the Premier League and Klopp is expecting another fierce battle for three points on Saturday afternoon, saying: “They look good, they look sharp. It will be a tough one.”

A positive update was provided on Thiago, James Milner and Xherdan Shaqiri, with the boss hopeful of seeing the trio return to full training next week.

But Klopp, while not wanting to “create headlines” continued to be mystified over the Premier League‘s rejection of five substitutes while every other league has pushed forward with it.