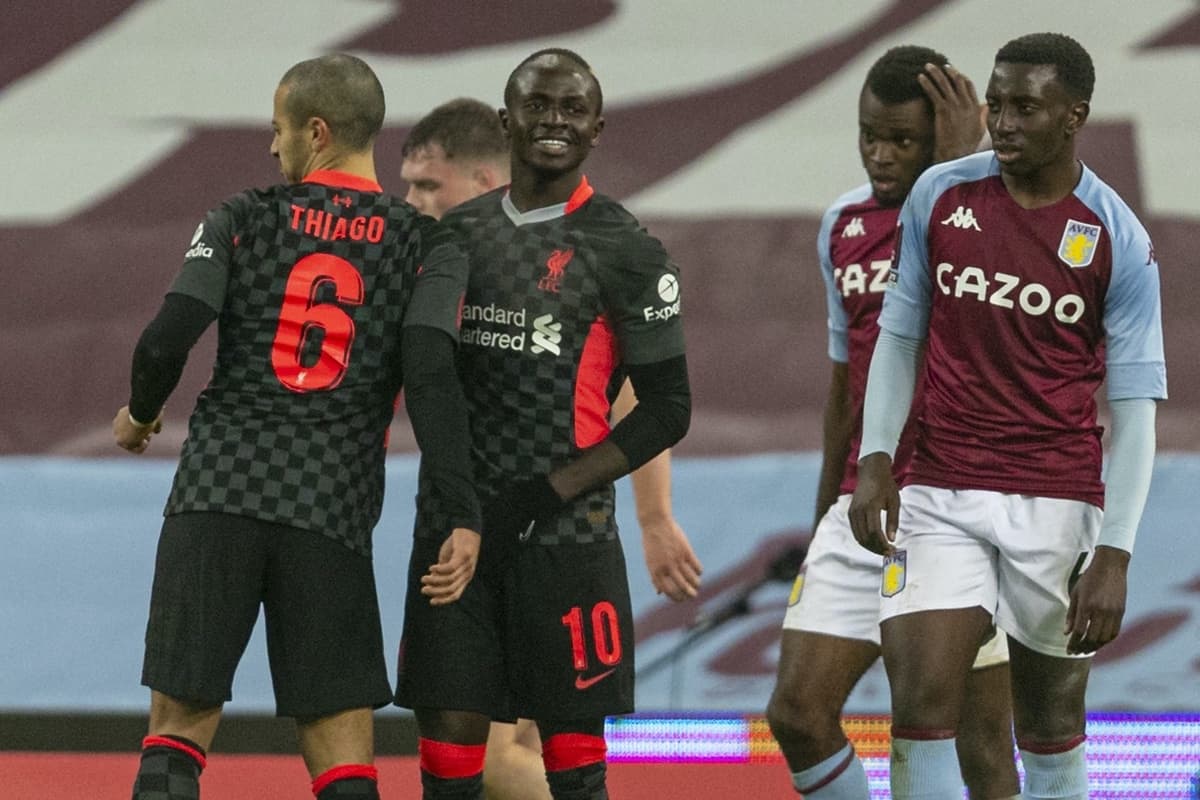 Liverpool were expected to win comfortably as they took on an Aston Villa youth side in the FA Cup, and they eventually sealed a 4-1 victory to reach the fourth round.

An uncanny situation unfolded in the days before the Reds’ trip to Villa Park, with the entire Villa first team ruled out due to a COVID-19 outbreak, leading to under-23s coach Mark Delaney to lead out a side with an average age of 18.

Liverpool went strong, and looked to be on their way to a whitewash as Sadio Mane headed home from Neco Williams‘ cross in the fourth minute.

Gini Wijnaldum then missed a sitter, while Fabinho saw an effort saved by the busy Akos Onodi before heading another over the bar from a corner, with the Villa goalkeeper making a number of stops throughout the first half.

The Reds were continually predictable in their buildup following Mane’s opener, with a slow, steady approach in possession often leading to hopeful, wayward crosses towards the back post from Jordan Henderson.

Villa fought valiantly, and were rewarded on the cusp of half-time as a great pass saw Louie Barry through and, having shrugged off a weak challenge from the desperately slow Rhys Williams, the ex-Barcelona forward fired in a shock equaliser.

Not good enough, clearly, and Liverpool emerged from half-time much later than their youthful opponents, with Jurgen Klopp making a mid-game change as Thiago replaced Henderson for his fifth outing for the club.

Thiago sprinkled his class onto the game almost immediately, with a delightful pass releasing Williams on the right-hand side of the box, but despite Mohamed Salah finding the back of the net he was ruled out for a foul on Onodi.

Liverpool’s experience and persistence eventually told as Takumi Minamino laid it on for Gini Wijnaldum to put the visitors back in front, before substitute Xherdan Shaqiri‘s cross was diverted in via a sumptuous header from Mane.

Shaqiri added another assist as his pass found Salah to turn and fire into the bottom corner for a third goal in five minutes, before Klopp shuffled his pack again with the introduction of Alex Oxlade-Chamberlain and Divock Origi for valuable minutes.

Thiago rattled the bar with a curling strike late on, as the game faded out to a rather joyless win for Liverpool – but victory brings progress to the fourth round of the FA Cup.