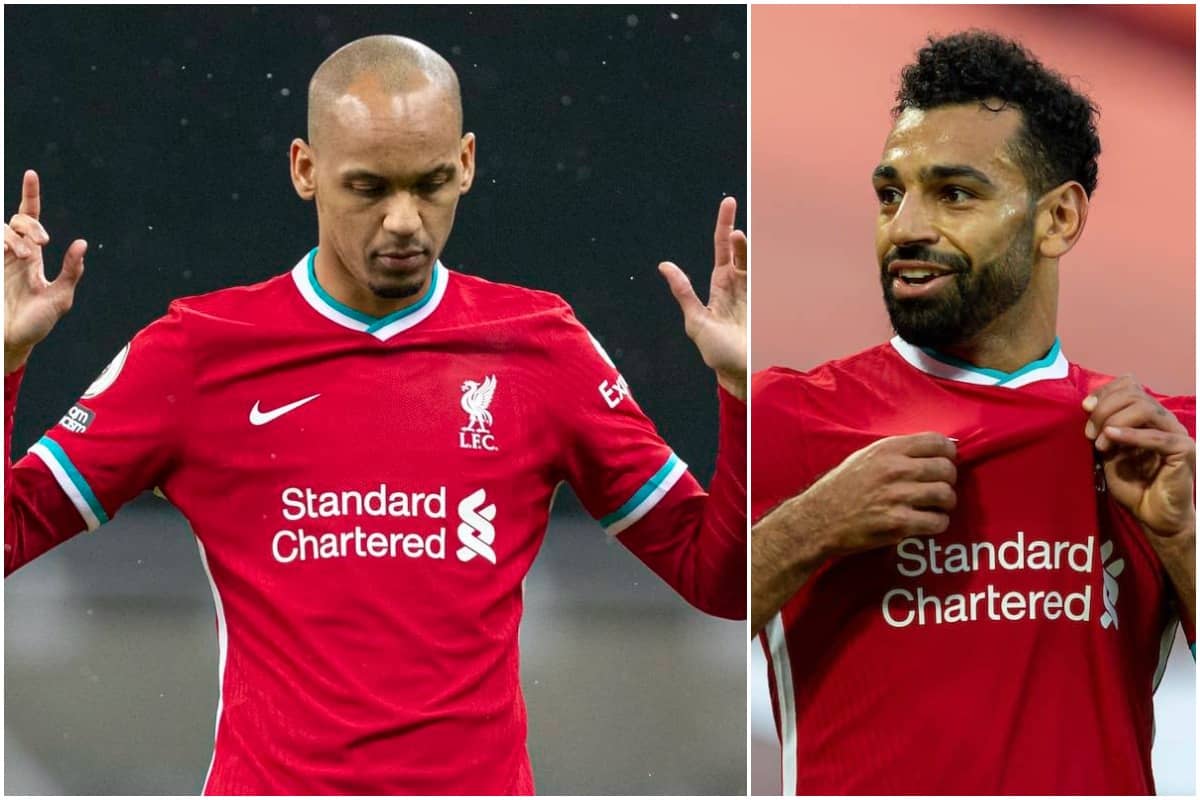 Mohamed Salah has been rumoured to be of interest to some of Europe’s other big clubs, but Fabinho says there’s absolutely no reason to panic.

The pair have been pivotal in Liverpool sustaining another title challenge this season, with the Brazilian filling in admirably at the back and our Egyptian King the Premier League‘s top scorer.

But an interview last month from Salah caused some consternation among fans when talking about a potential move to LaLiga, with the rumour mill quickly cranking into gear.

The No. 11 has been linked with Real Madrid on and off for some time, but particularly since those comments – and it’s no surprise, or reason for concern, for Fabinho.

“Big players will always have their names involved in rumors,” our midfielder-turned-centre-back said to the Associated Press.

“Salah plays (for) Liverpool, one of the biggest teams in the world. So I think it’s normal to see his name linked to other teams, especially from different leagues.”

Happily, Fabinho goes further than just saying it’s all part of the usual media tripe – he says his team-mate is fully on board at the club and looking to progress as much as ever.

“Anyway, I see him very happy here and pleased with his performances this season. He’s very demanding with himself, he wants to be the best, he wants to help the team and works hard for it.

“It’s always been the case and it hasn’t changed at all. He keeps scoring goals, which everyone is used to seeing.

“In the changing room he’s always talking to everyone and making jokes. I don’t see anything affecting him.”

That’s great to hear for the fans, with Salah an absolute goal machine since arriving from Roma and a big part of the reason for the Reds having won the league title and the Champions League over the past couple of years.

Even with injuries aplenty in 2020/21, we’ve got a good chance of doing one or the other again this season, particularly with this duo in top form.

A couple of five-star performances from them this weekend at Anfield would go a long way towards boosting confidence that the league trophy can be retained – and that Salah will want to remain a Red for the long haul.