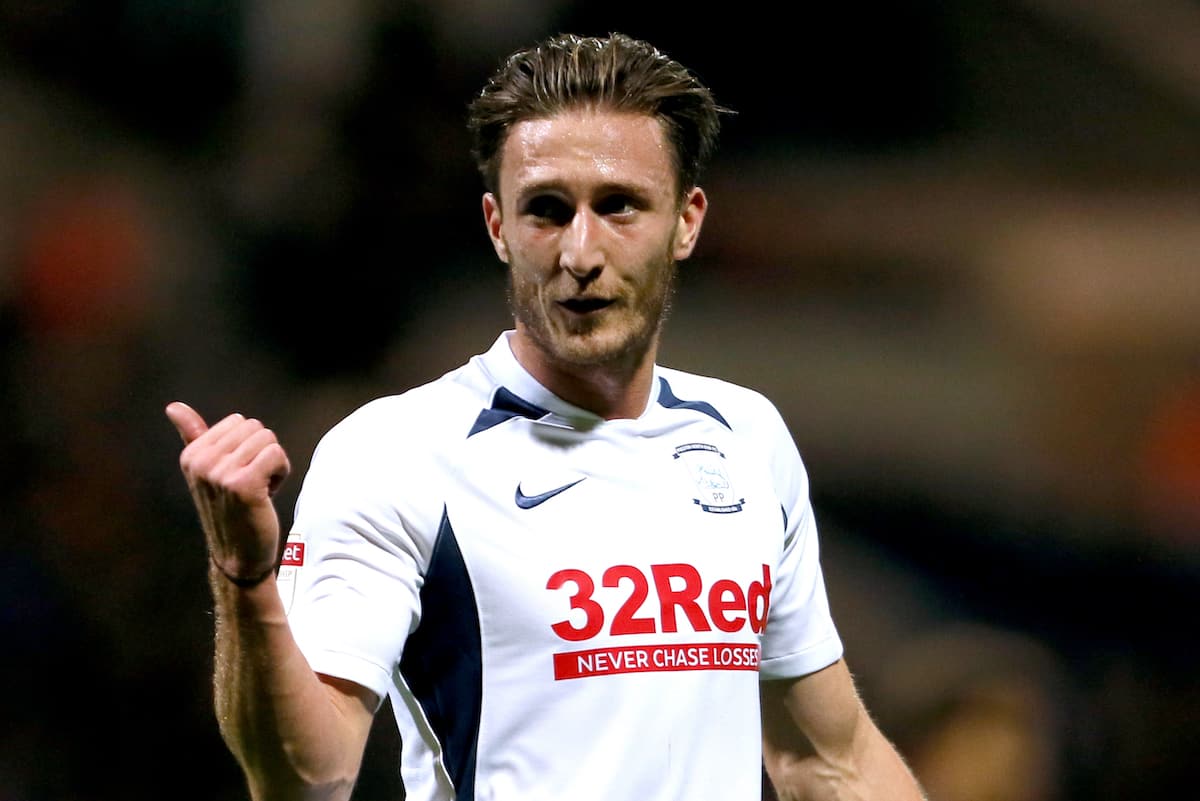 After the shock news that Liverpool are set to sign Preston North End centre-back Ben Davies in a £2 million deal, sense and elation was the response from fans of both clubs.

Davies is expected to become the Reds’ first senior signing of 2021, joining Jurgen Klopp‘s side at a time when options at the heart of defence are scarce.

With Virgil van Dijk, Joe Gomez, Joel Matip and Fabinho all injured, Jordan Henderson and Nat Phillips filled in for Sunday’s 3-1 win at West Ham, with reports of interest in Davies emerging at half-time.

The 25-year-old is in the final six months of his contract at Preston, and was due to join Celtic, but Liverpool look to have swooped in to secure a late move.

Given Davies will arrive from the Championship there has been some trepidation from supporters regarding his potential transfer, particularly when compared to the other centre-backs the club have been linked with.

But as a last-minute signing in a unique transfer window, many have seen sense in the decision to opt for Davies.

Liverpool fans looked for the positives…

The fume over Ben Davies to LFC is going to be huge, but it makes sense on so many levels. No PL (or CL) club were going to give us a good deal on a CB whether short term or long term.

Davies' contract is up at PNE in 6 months so is available for a low fee short term solution.

He could be nurtured into an effective fourth-choice centre-back in the long term, or sold back to a Championship or lower PL club for a bigger fee than we're paying for him.

What an opportunity this is for Ben Davies. I bet he didn't expect to be joining the Premier League champions this time last week! In an odd way, it's an exciting deal. Low risk, high reward. He sounds capable, now let's make it official.

Ben Davies an able bodied CB that Klopp can put into the squad & hopefully count on for injury cover. Make no mistake about it though. Nat Phillips is proving his ability to deliver & deserves to play.

Bit of snobbery round this Ben Davies signing.

I thought we may have learned from Andy Robertson, Joe Gomez, etc that it’s not how much or where they come from.

I am sure there’s better out there, but I’m sure he will have the attributes that the manager is looking for.

There would be a large section of fans out there who’d drop £50m on Ben White. He was a championship centre half last season too.

I’m sure we’ve been told option a maybe even b and c isn’t available here, but it’s left field enough to have been one on the radar anyway imo

And let’s not forget Big Joe Gomez from Charlton.

Recruitment is about the player, not the source (though sometimes that’s important)

My hope is Ben Davies can do the X’s and O’s of being a centre half adequately. If that’s the case and it allows Fabinho/Henderson to play midfield then £2M — which they could easily quadruple if they sold him down the line — will be a snip.

If it doesn’t work, then they’ll still make money on him. It’s more of a gamble than it would’ve been cause he’ll likely see a fair bit of action but this is the hand fortune dealt Liverpool

While Preston supporters were “over the moon” for their No. 6…

Usually when you lose a player of Ben Davies calibre you are gutted but on this occasion you just can’t help but be buzzing for the lad, talk about dreams coming true. #pnefc

When you lose a player of Ben Davies’ quality you should be gutted, but I’m just absolutely over the moon for him.

Tell you what, I hope Ben gets his dream move but I’m already tired of seeing some absolute horrific takes on him from people who’ve never seen him kick a ball.

My thoughts entirely pal. Home grown player who’s come on tons this last couple years. And now he’s hopefully about to join 1 of the biggest clubs in the world! That doesn’t happen to PNE players! Love it! ?

I’m not sure I’ve ever wanted a player to leave more. What an opportunity that could be, and everyone would finally see his quality. #pnefc

Said to my mates that Ben Davies is good enough to play in that Liverpool back line at the start of January. pic.twitter.com/OSjvbzIXA3