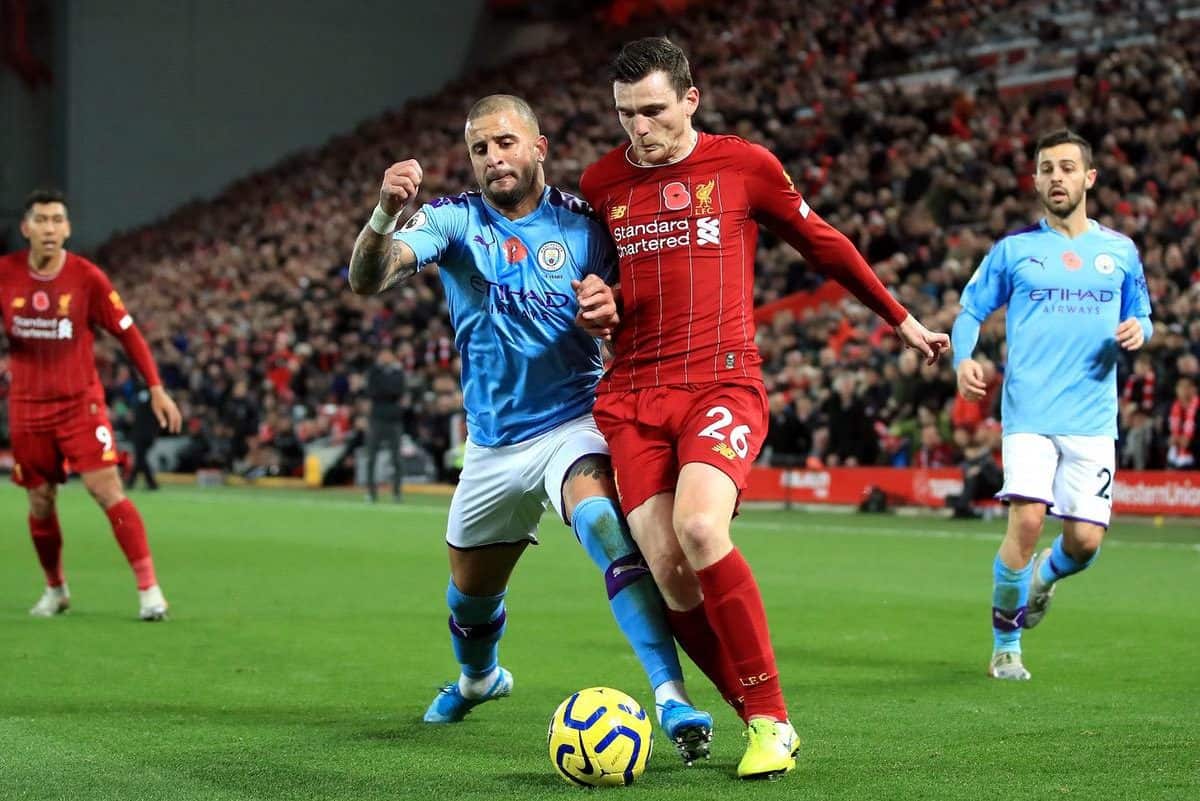 Liverpool’s February Premier League fixtures have been confirmed, with games against Man City, Leicester and Everton making it a blockbuster month.

The Reds kick off February with a home match against Brighton on Wednesday 3rd, with Man City the visitors to Anfield four days later on Sunday 7th.

In between those two games, the Champions League returns with the first-leg against RB Leipzig on Tuesday 16th.

The month ends with a trip to Sheffield United, but that game has yet to be scheduled for TV.

There could also be an FA Cup fifth-round tie on the midweek of February 10th, should Liverpool beat Man United in the fourth round this Sunday.