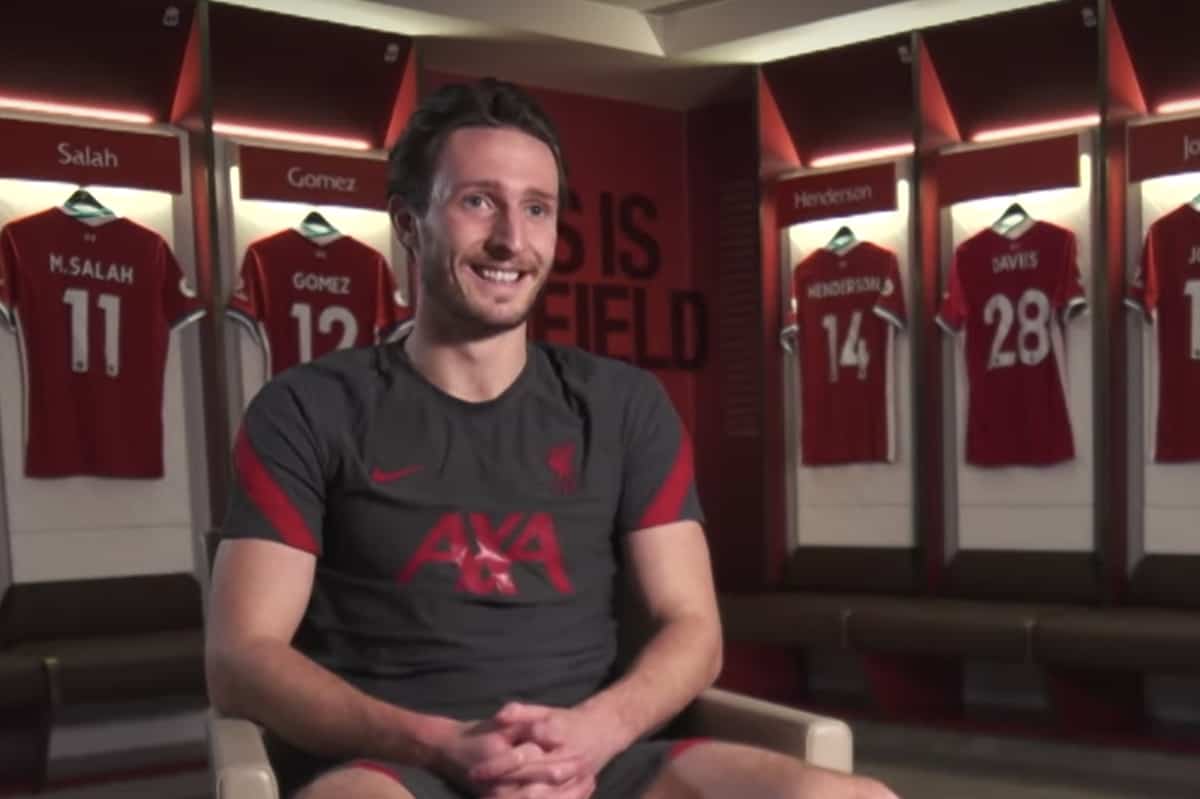 Liverpool’s new signing Ben Davies is aiming to take a significant step up and make the most of his move into the Premier League.

The centre-back completed a switch to Anfield on deadline day and immediately set his sights on showing his quality, which has thus far been restricted to the lower leagues.

Davies sounded realistic when he told the club website that he’s looking for a “foot in the door” with this switch, which he will likely get with game time this term given the Reds’ defensive injuries.

“I want to come in and play games to start with, I want to get my foot in the door and make myself a Premier League player rather than obviously a Championship player. And then take it from there really,” he said.

“I know we’ve got some top players here and players I can certainly learn from. Once you get your foot in the door then you’re here as well. Hopefully I can take my chance and then move forward with it.

“I’m looking forward to coming in and playing in front of everyone and showing everyone what I can do.” 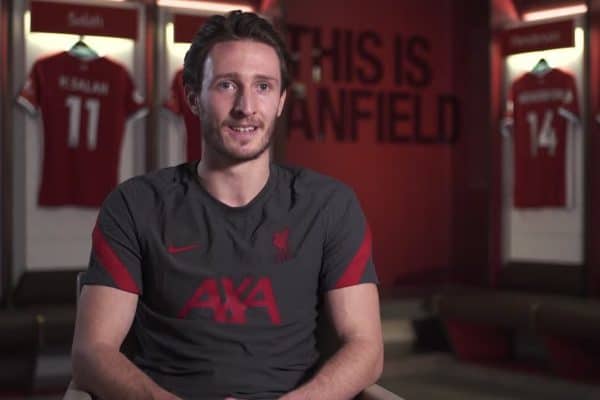 Davies acknowledges that Reds supporters won’t be in the know about him just yet – and even he wasn’t expecting the switch until it came about over a short space of time at the end of January.

“I’m sure a lot of fans and people don’t know [me], or haven’t even seen me play.

“It’s definitely an exciting time and I think they’ll quite enjoy watching me when I’m playing well.

“It’s a huge opportunity. Obviously it came as a bit of a surprise when it first came but once you start to get your head around it, the opportunity that is in front of me is incredible. I’d be silly to not make the most of it and learn off the players [at the club].”

The 25-year-old noted how much he is looking forward to learning from others at the club – the chances for which should be plentiful in training, with elite coaches and the world’s best centre-back at the club.

He could get his first chance to feature and impress quickly, with a host of games coming up and Joel Matip and Fabinho both absent at present.