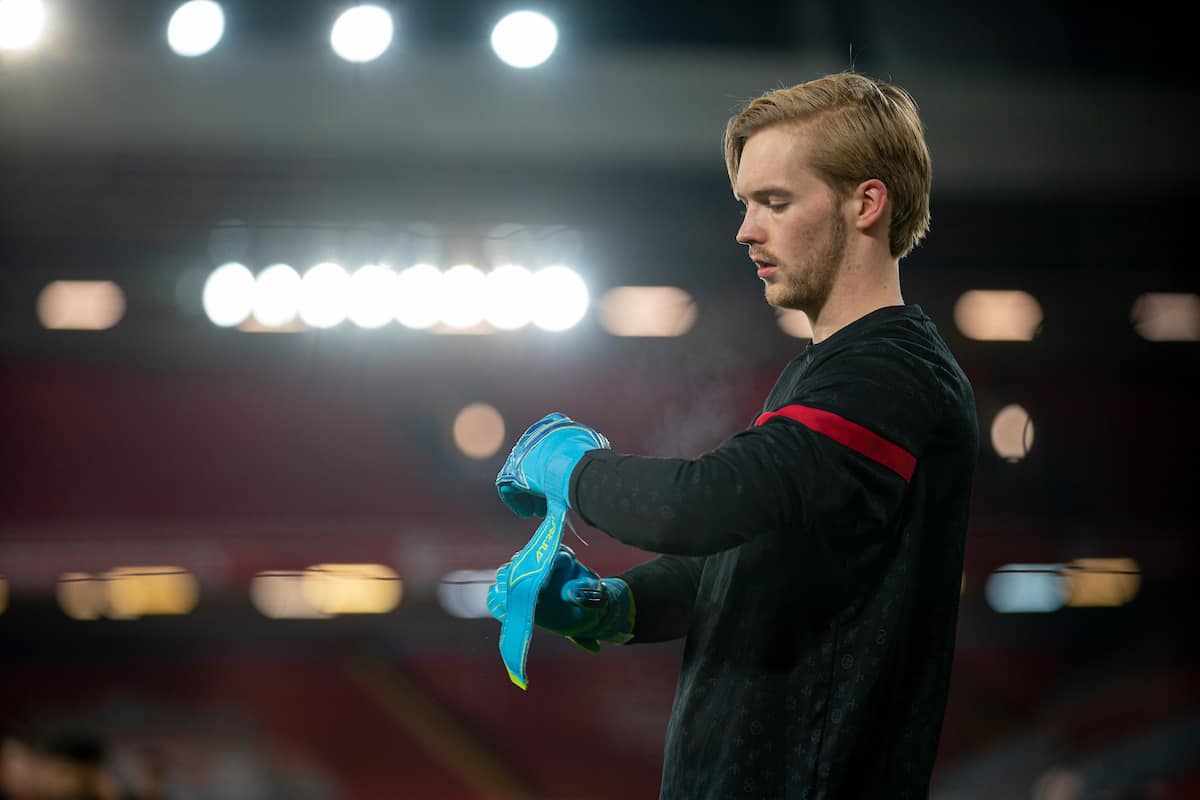 Jurgen Klopp has made two changes as Liverpool host Brighton in the Premier League tonight, with Alisson the latest player ruled out in a strange season.

The Reds are looking to make it three wins in a row as they take on 17th-placed Brighton this evening, having improved dramatically of late to take 3-1 victories over Tottenham and West Ham.

In a campaign dogged by injuries, Klopp sought to address his long-standing issues at the back with the signings of Ozan Kabak and Ben Davies on deadline day, while a matchday regular, Takumi Minamino, left on loan.

Neither Kabak nor Davies start tonight, however, with the manager making two alterations from Sunday’s win at the London Stadium.

Alisson has prompted an enforced change, with the Brazilian following the likes of Fabinho and Sadio Mane among the list of recent absentees as Caoimhin Kelleher steps in due to illness.

Ahead of the Irishman is a back four of Trent Alexander-Arnold, Nat Phillips, Jordan Henderson and Andy Robertson.

With Henderson still required in midfield, Gini Wijnaldum should take up No. 6 duties again, joined by Thiago and James Milner. 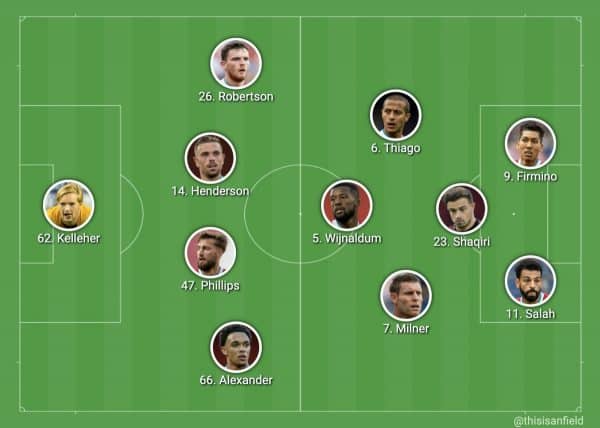