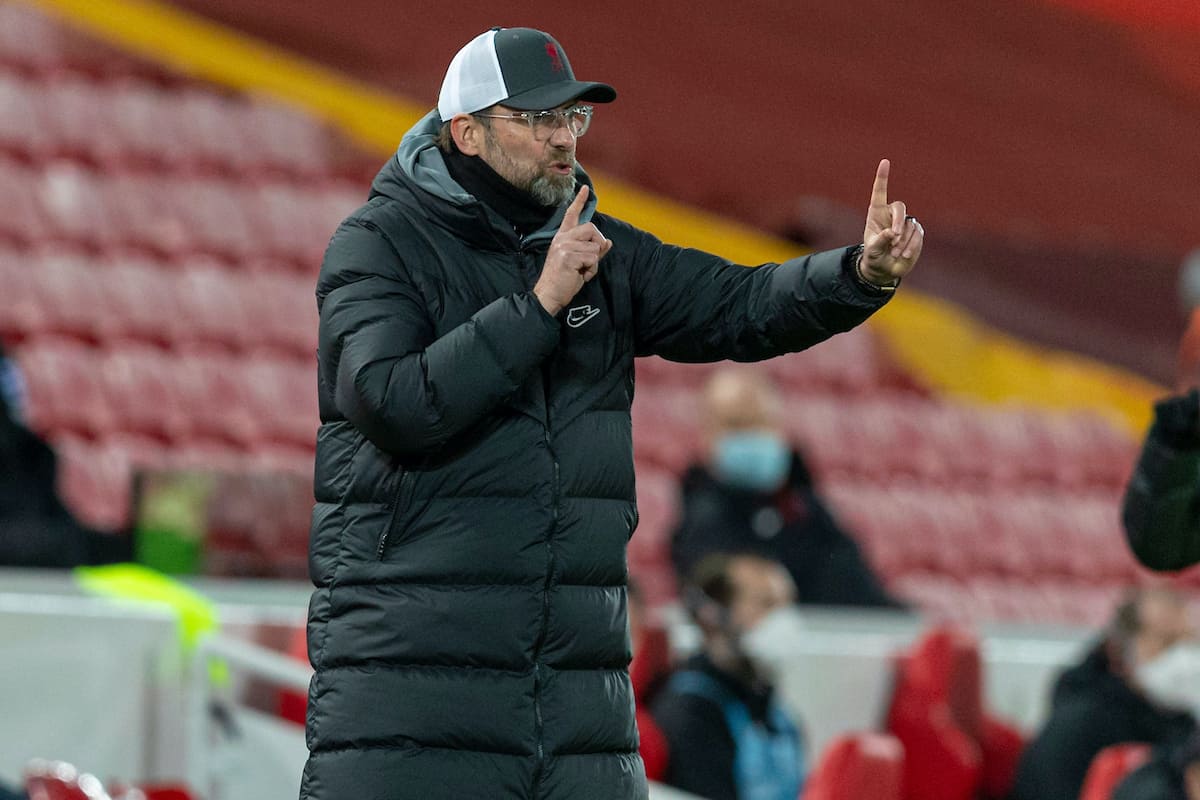 Jurgen Klopp admits his Liverpool side looked “mentally fatigued” as they produced little on their way to a 1-0 loss to Brighton, failing to score in three consecutive home games for the first time since 1984.

The Reds have been far from their best for much of the season, but looked to be on the way to a revival having recorded back-to-back victories over Tottenham and West Ham in the last week.

A wave of positivity dissolved on Wednesday night, however, as Liverpool lost for the second time in a row at Anfield, having previously gone 68 games without defeat at home in the Premier League.

Individual and collective performances have suffered due to a number of injuries and the constant demand of the fixture list, and for perhaps the first time this season, Klopp has acknowledged fatigue in his squad.

“First and foremost, Brighton won the game – rightly so, deserved,” he told reporters after the game.

“They were fresher than us tonight, they did more good things than we did and we lost too many easy balls.

“The best way to defend Brighton is to keep the ball, to play your football, when we did that obviously we at least had control.

“We didn’t create a lot. For me the team looked tonight – and it’s long ago that we looked like this – fatigued, mentally fatigued.

“And that leads to not the best legs as well, that’s how it is.

“It was a tough week, and today we were not fresh enough, which then means good enough, to break the formation of Brighton.

“In the end they scored the goal, had other chances – we kind of [did] as well, but they scored and that’s why they deserved to win.”

The admission of fatigue will be music to the ears of Pep Guardiola and Man City, who are showing no signs of slowing up as their 2-0 win at Burnley extended the lead over the champions to seven points.

Lose to City on Sunday and Liverpool will be 10 behind the league leaders having played a game more, and assessing the situation, Klopp hinted that the title race may be over already.

“We were the champions last year and I have to say ‘yeah, oh my god, we want to be champions’, but you need the games for it, you need the performances for it, and we don’t have [those]. That’s the truth as well,” he continued.

“We fight for other things, we fight for three points. It’s not decided yet who will get the three points on Sunday, so we have to play better and we will try as well. Then we will see.

“But these gaps are not interesting at the moment, because they are the result of the results we’ve had already.

“So whatever we can influence, it’s the next games, and that’s what we will try.

“For tonight it was not enough, we saw that, we know that, and we have to change that.”