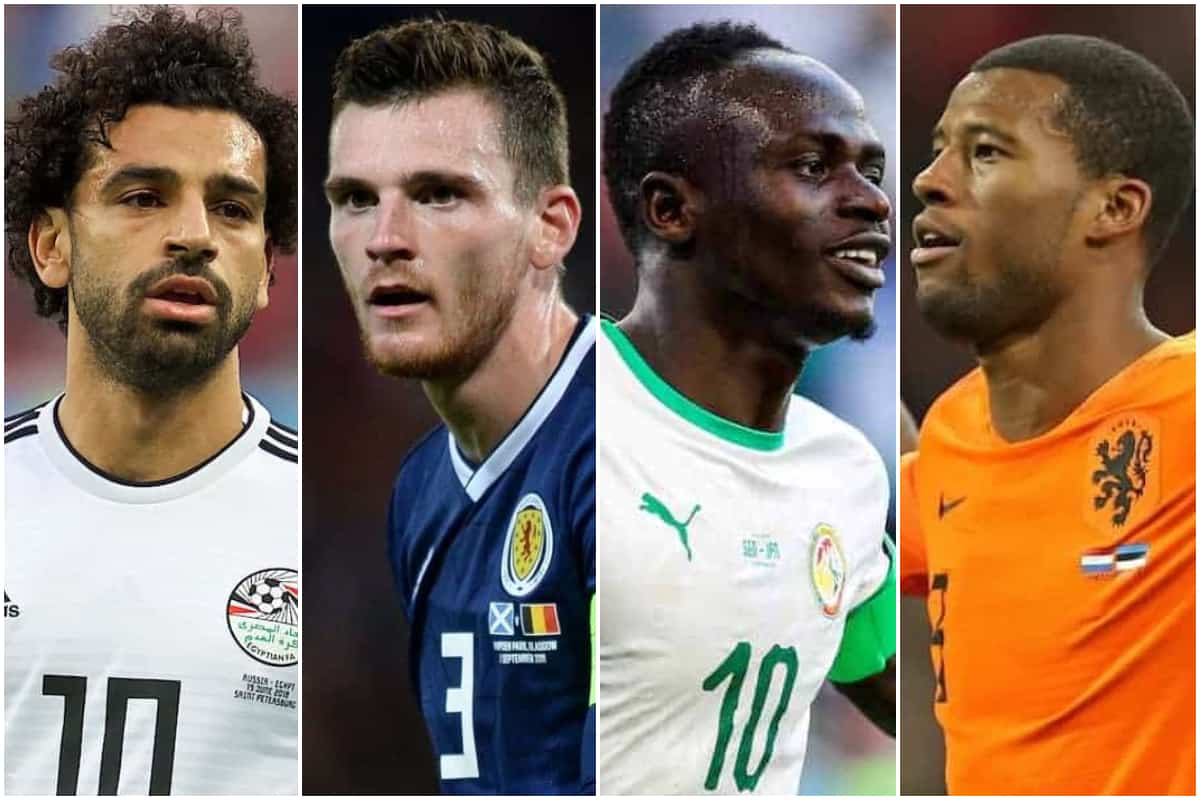 Liverpool have seen 12 of their senior players called up for international duty this month, though a handful will remain on Merseyside having been overlooked.

The Reds are not back in action until April 3, with the visit to Arsenal, taking in a rare quiet weekend at Kirkby as those called up trained for the final time on Saturday.

Mohamed Salah, Gini Wijnaldum, Thiago, Andy Robertson and Sadio Mane were among those to have joined the session, ahead of their departure for World Cup and Africa Cup of Nation qualifiers.

Ozan Kabak has also been called up by Turkey, which will pit him against Wijnaldum in the first of their World Cup qualifiers on March 24.

Thiago is another to come up against a team-mate while on duty, with Spain facing Greece on March 25, a qualifier in which Kostas Tsimikas is likely to get rare game time.

Following concerns over his involvement due to travel restrictions, Diogo Jota has been cleared to play for Portugal after they were removed from the UK’s red list.

Naby Keita is in a more limited situation with Guinea, however, with Liverpool only releasing their No. 8 for an AFCON qualifier against Mali on March 24, requesting his return before another against red-listed Namibia.

Xherdan Shaqiri is also set for action with Switzerland, while Neco Williams is part of the Wales squad to play Belgium, Mexico and the Czech Republic.

Meanwhile, Curtis Jones is in the England under-21s squad for the group stage of the European Championship, rounding off the 12-strong group of Liverpool’s first-teamers in international action.

A number of loanees and youngsters have also received call-ups, with Takumi Minamino, Marko Grujic and Harry Wilson among those set to feature.

Owen Beck has received his first call-up to the Wales under-21s, joining Morgan Boyes in the squad.

Alisson, Fabinho and Roberto Firmino have all been spared a club vs. country furore after CONMEBOL postponed all World Cup qualifiers due to fears of players not being released to travel.

Alex Oxlade-Chamberlain is among those overlooked, with Trent Alexander-Arnold the most controversial omission from Gareth Southgate’s England squad.

* Keita to return after first game.