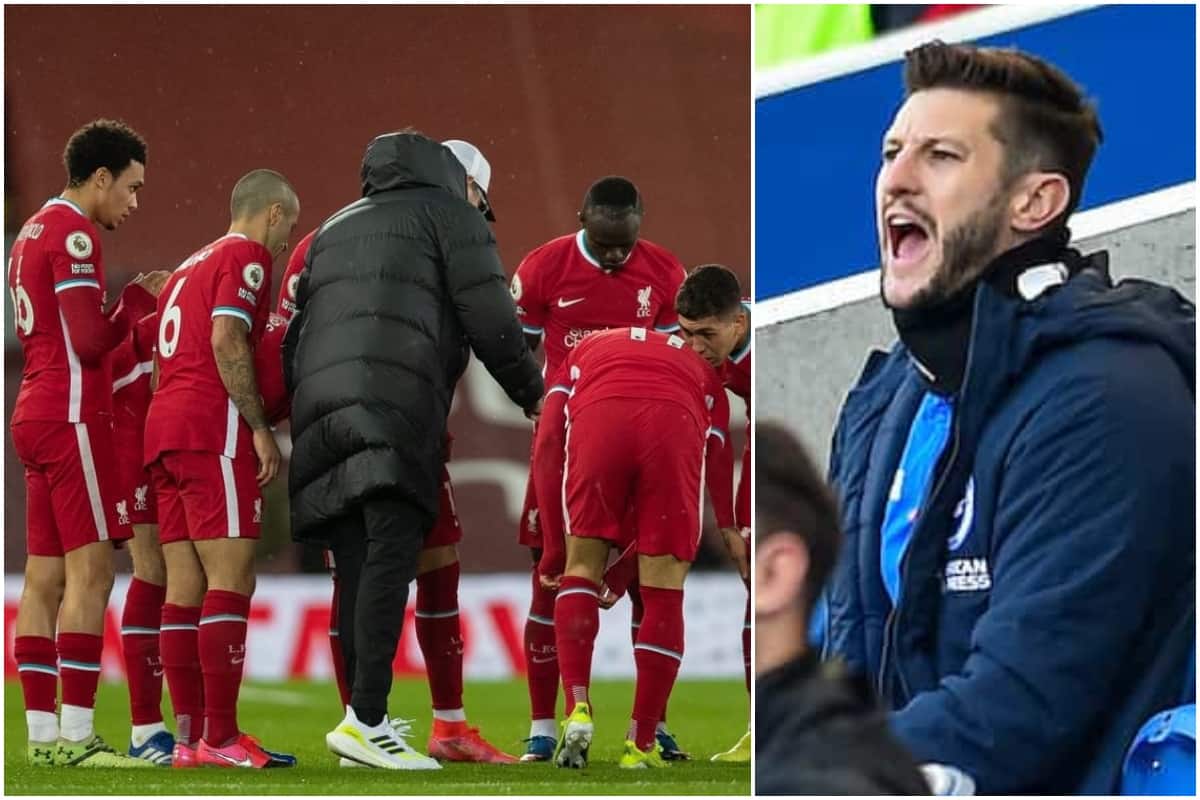 Adam Lallana knows his former Liverpool teammates will not be using injuries as an excuse for their 2020/21 season, but there is no hiding from its significant influence on performances.

It’s been a case of one step forward and three steps back for Liverpool in the injury arena this campaign, with more than 15 players having succumbed to injury throughout.

In fact, by the time March came around the Reds had seen players sidelined for more days than any other Premier League club, with a combined total of more than 1000 days missed.

With setbacks to key players in addition to a lack of squad depth, Liverpool have been forced to shift personnel and in turn, the balance of the team has been shifted.

It leaves Jurgen Klopp‘s side desperately fighting for a top-four spot, where they are currently five points adrift, after dropping 41 points in 29 games.

And for Lallana, who left the club in the summer after six years, it should be clear to everyone that the cards Liverpool have been dealt have not been favourable, but it cannot be used as “an excuse.”

Having intricate knowledge of the squad, the former No. 20 is firmly of the belief that it is only a hiccup and that Liverpool will “bounce back” next season with players and fans returning.

“I think the reason is there for everybody to see,” Lallana told talkSPORT. “It’s obviously an indifferent season.

“Being another COVID season. Without the fans and everyone knows how much of an impact Anfield is with the fans there.

“The injuries that they have had. You cannot hide from that.

“It’s not an excuse. I know a lot of the players, and I still speak to them now, and they won’t be using that as an excuse, but I think it’s a reason why they have struggled a bit this season.

“I am more than confident that they will bounce back next season when they have a few more players back and a few more fans in.

“And they still have a lot to play for this season. I am pretty sure they will want to finish in that top four, for sure.”

It would certainly be remiss to dismiss Liverpool’s situation this season, as some in the media have, but as Lallana rightly points out the team is poised to strike back after what has been a season like no other.