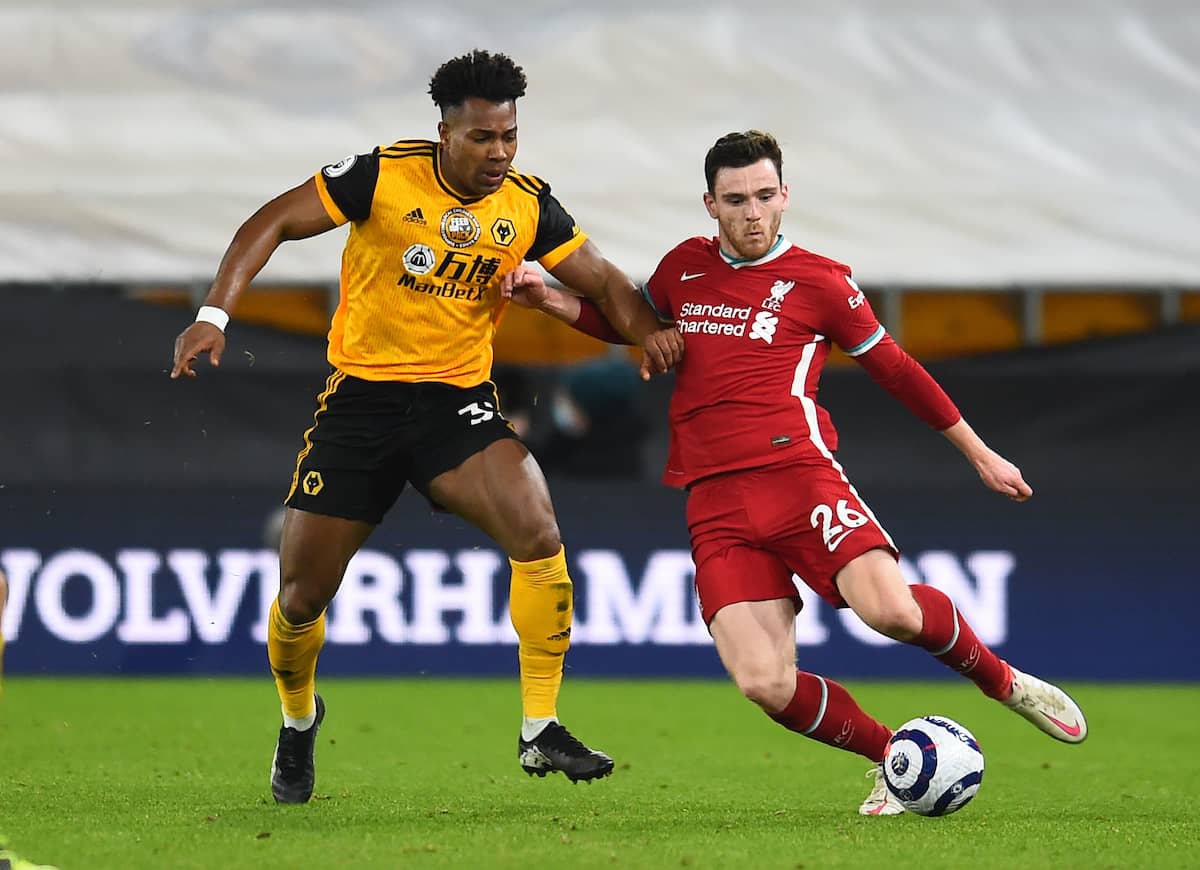 Andy Robertson has savoured Liverpool’s ability to win “ugly” at Wolves and is eager to see the latest result used as another valuable momentum builder.

It was not pretty at the Molineux but it was a case of job done for the Reds as Diogo Jota‘s first-half strike was enough to clinch all three points.

The victory was one that provided a flashback to last season in terms of the ability to win despite being far from their best, successfully backing up the win at Leipzig.

It is a trait that has been severely lacking in 2020/21 and add to it a clean sheet and for Jurgen Klopp‘s men, it was just what was needed to take into a three-week break.

For the Scot, it was pleasing to return to their gritty ways throughout the entire team but the result must be used to help ‘close the gap’ on their rivals.

“We probably won ugly and that has been lacking this season. We dug deep, kept a clean sheet, Alisson did what he had to do and we got the three points,” the left-back told Sky Sports. 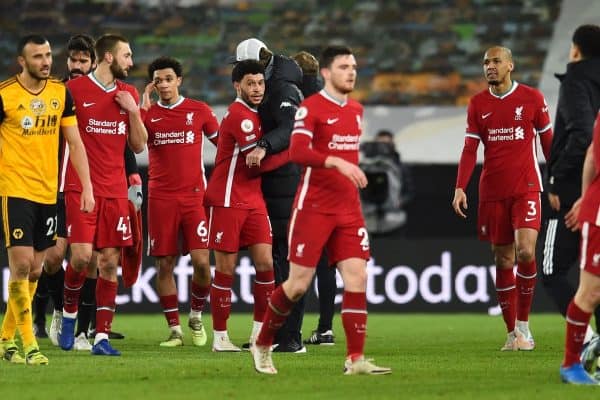 “Let’s see where we finish up. It’s about building momentum now.

“A few teams dropped points this weekend so it’s about closing the gap to them.”

The Reds sit in sixth place with 46 points but could drop to ninth should the three teams directly below win their games in hand.

Nevertheless, it is points in the bank and the hope will be Klopp’s men can pick up from where they left off when they meet Arsenal at the start of April.

Robertson also had a word for Rui Patricio after his nasty looking injury, who Wolves later said was “OK” and alert.

“Football becomes irrelevant when someone is down that long and the doctors have to come on. It’s horrible when you’re involved in it and I hope he’s OK. Thoughts and prayers go to him and his family,” he said.