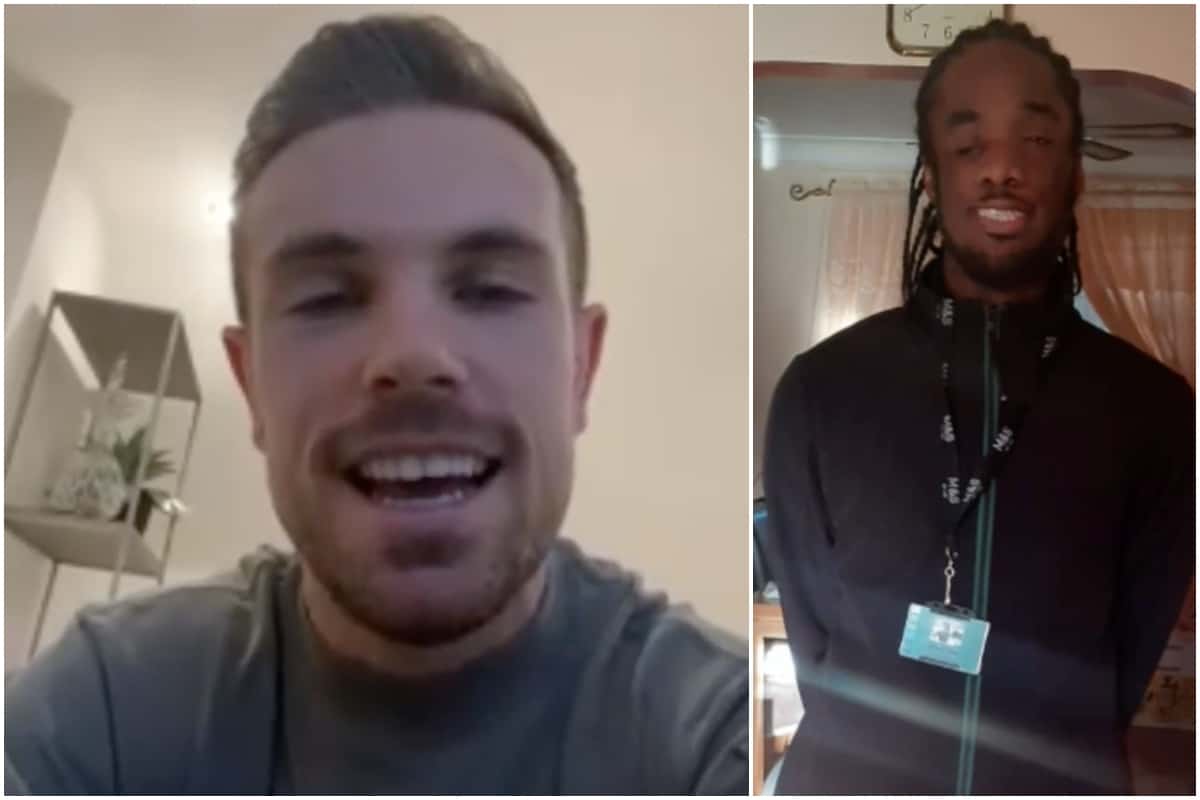 Jordan Henderson was on hand to personally deliver an important notice to a Liverpool fan in a heartwarming double surprise.

The Liverpool captain has provided a constant source of upliftment throughout the UK’s lockdown having reached out to the local and wider community in any way he can.

Henderson has not been short of surprises or touching moments, with his presentness and genuineness there for all to see.

And with in-person social interaction still off the cards, the skipper has once again provided a welcome surprise for a Red.

One which was for award-winning recipient Jhorvis, who unbeknownst to him was about to be informed that he had won the Rising Star Award for The Prince’s Trust.

The award is one that celebrates young people who have overcome obstacles to transform their lives and Jhorvis, who has a learning disability and visual impairment, was the recipient.

And being a Liverpool fan, Henderson was handed the honour of passing on the news on behalf of The Prince’s Trust, as shared by LadBible, with a little added surprise of his own.

But before that, Jhorvis had his own polite surprise after naming Henderson as his favourite current player.

“It’s a real pleasure for me to come on the call and tell you that you’ve won a really important award in the Rising Star Award for The Prince’s Trust,” Henderson said during the online call.

“You should be very proud of yourself.

“In the future, when things get back to normal and crowds are allowed back in the stadium, I would like to invite you and your mum to a game and I’ll come and see you after.”

It’s another brilliant act of kindness and the captain’s sincerity and openness has been a light for so many during this tough time.