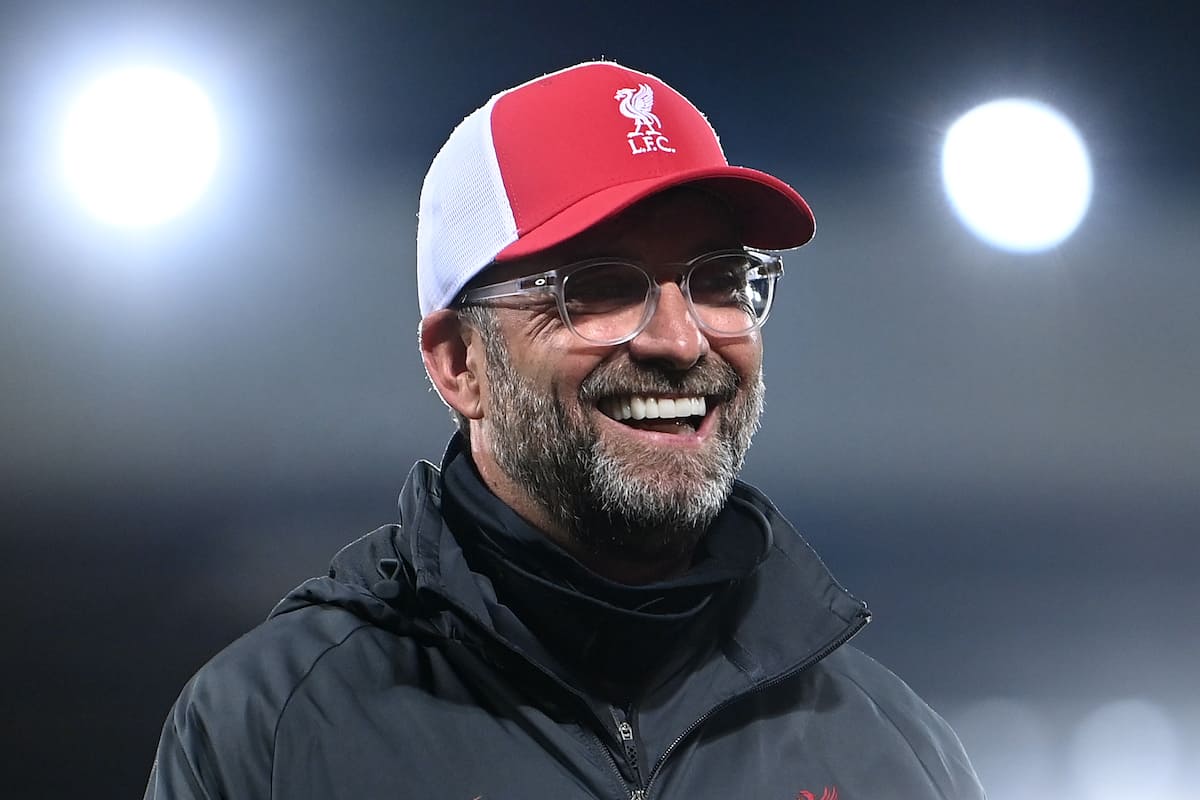 Despite Liverpool suffering six consecutive top-flight games for the first time in their history, FSG are not considering sacking Jurgen Klopp and are “steadfastly behind him.”

The Reds are on their worst-ever run at Anfield, having suffered their sixth league loss in a row at home with Sunday’s 1-0 defeat to Fulham.

Having slipped to eighth in the Premier League, and with ninth-placed Aston Villa three points behind with two games in hand, all hope now rests on the Champions League and a last-16 second leg against RB Leipzig.

Drop out of the Champions League and Liverpool are unlikely to seal a place in next season’s tournament, which could have a major impact on the club in terms of finances and recruitment.

Typically, if a manager oversees such a dismal run of form – the Reds have now only won three of their last 14 league games, losing eight – they would be facing the sack.

But The Athletic‘s James Pearce insists Klopp’s job is safe, with owners Fenway Sports Group “steadfastly behind him.”

“Following the glory of recent years, Klopp has more than enough credit in the bank to ride out whatever the final few months of a dismal 2020/21 throws at him,” Pearce writes.

This comes following an incredible period under the German, which saw Liverpool reach the Champions League final in 2018 and win it in 2019, followed by a Premier League, UEFA Super Cup and Club World Cup treble last season.

However, it cannot be ignored that Klopp faces a major task in not only restored the Reds’ fortunes this term, but also rejuvenating a tired, ageing side for the future.

Gini Wijnaldum is set to lead an exodus from Anfield this summer, with Nat Phillips, Adrian, Xherdan Shaqiri, Divock Origi, Marko Grujic, Alex Oxlade-Chamberlain and Harry Wilson among those also with potential to depart.

There is even a possibility that Kostas Tsimikas and Ben Davies are moved on, while decisions will be made on the likes of Mohamed Salah, Sadio Mane, Roberto Firmino and Naby Keita as they enter the final two years of their contracts.

A strong core remains on Merseyside, however, and that is led by the most outstanding manager to sit in the Anfield dugout in many, many years.

And Klopp will hopefully be given the backing required to ensure a response to this wretched season.