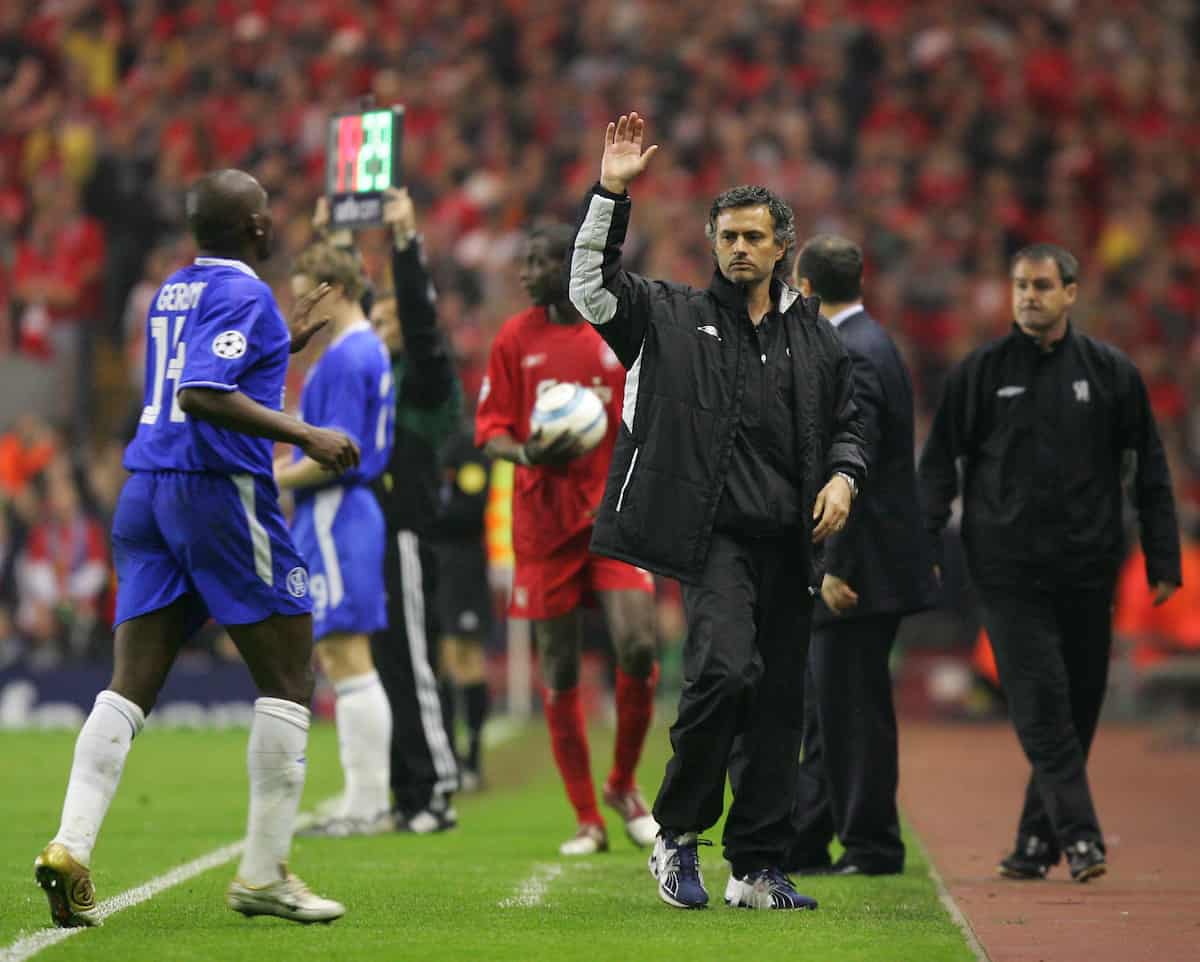 It’s a fixture that has never been short of drama and the fans have always had a lot to say in the contest, but for the third time Liverpool‘s meeting with Chelsea will be behind-closed-doors.

With a top four fight on their hands and a turbulent run of form of late, you just know Anfield would be in fine voice for the visit of the Blues on a cold Thursday evening.

But while we cannot be there to fill up the seats, you can always rely on the dulcet tones of The Voice of Anfield, George Sephton to build up an atmosphere.

As always seems to be the case when these two teams meet, there is a lot at stake and it’s a game that evokes various memories and emotions, from lifting the Premier League title last season to countless spats with Jose Mourinho.

One of which George remembers quite well back in 2005 when he went from a League Cup high to a Champions League low at Anfield all in the space of just over two months.

“When he did the famous ‘shhhhh’ business at the Millennium Stadium my wife and I were about four rows from the front and he was looking straight into a little block of Reds,” George recounted.

“He told the tale afterwards he doing to the press. I just don’t like him at all.

“One of my favourite moments in the last 50 years was the end of the 2005 [Champions League] semi-final, just watching his face on my monitor. Priceless, absolutely priceless.”

You can listen to George in conversation with KopConnect’s Marc Kenny and This Is Anfield’s Matt Ladson discuss the fixture, memories of Chelsea all the while playing some cracking pre-match tunes:

From a You’ll Never Walk Alone dedication to Ian St John after his recent passing to End of the Line of the Travelling Wilburys and U2’s Where The Streets Have No Name, there’s something for everyone.

Give it a listen (above) and let us know your thoughts on the show in the comments below.