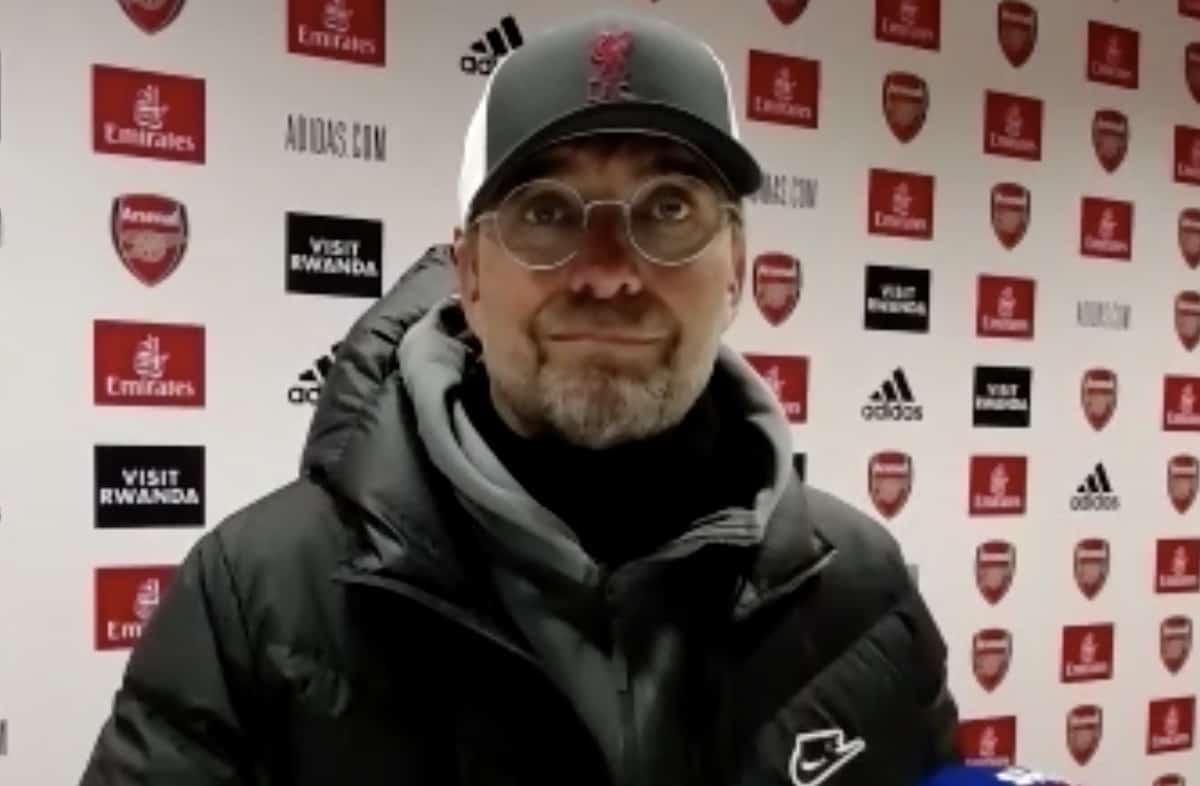 Jurgen Klopp lauded Liverpool’s 3-0 win over Arsenal as a “very important statement,” but served a reminder that his side are not in the top four yet and “have to fight.”

The Reds are now on a run of three consecutive victories, with their latest at the Emirates perhaps the most impressive, despite a lacklustre display from Arsenal.

A brace from the substitute Diogo Jota and another from Mohamed Salah on his 150th Premier League appearance sealed the three points for Liverpool, following defeats for both Chelsea and Leicester.

Chelsea‘s 5-2 loss to West Brom allowed the Reds to move within two points of fourth, but speaking to reporters after the game, Klopp made sure that he and his players will not be complacent.

“It was a very important statement for us. We have to show it on the pitch and cannot just talk about it,” he explained.

“If we defend like this tonight we are difficult to break down.

“In our situation, it’s clear, all that’s happened this season brought us to this position. We have to win.

“We are still not in [the top four]. Everton and West Ham can pass us so we have to fight and we will fight.”

The fight on show in north London was clear, and the hope will be that this can continue at Real Madrid on Tuesday night, in the first leg of their Champions League quarter-final.

Klopp made two changes to his side on Saturday, informed by the international break, with Jota and Gini Wijnaldum rested, while Andy Robertson was brought off on the hour mark.

The manager explained his thinking behind this, with all three likely to start at Estadio Alfredo Di Stefano.

“He played too much for Portugal for my taste. No criticism of them. But they were intense.

“Same with Gini, Robbo plays every second. So we made these decisions.”

Klopp also issued praise to Trent Alexander-Arnold for an emphatic response to being dropped by England, and underlined his hopes that Ozan Kabak and Nat Phillips can remain fit and in form.

Victory over Arsenal was the perfect primer for the Champions League, and now Liverpool can look to take the fight to Real with their minutes managed and momentum in their favour.