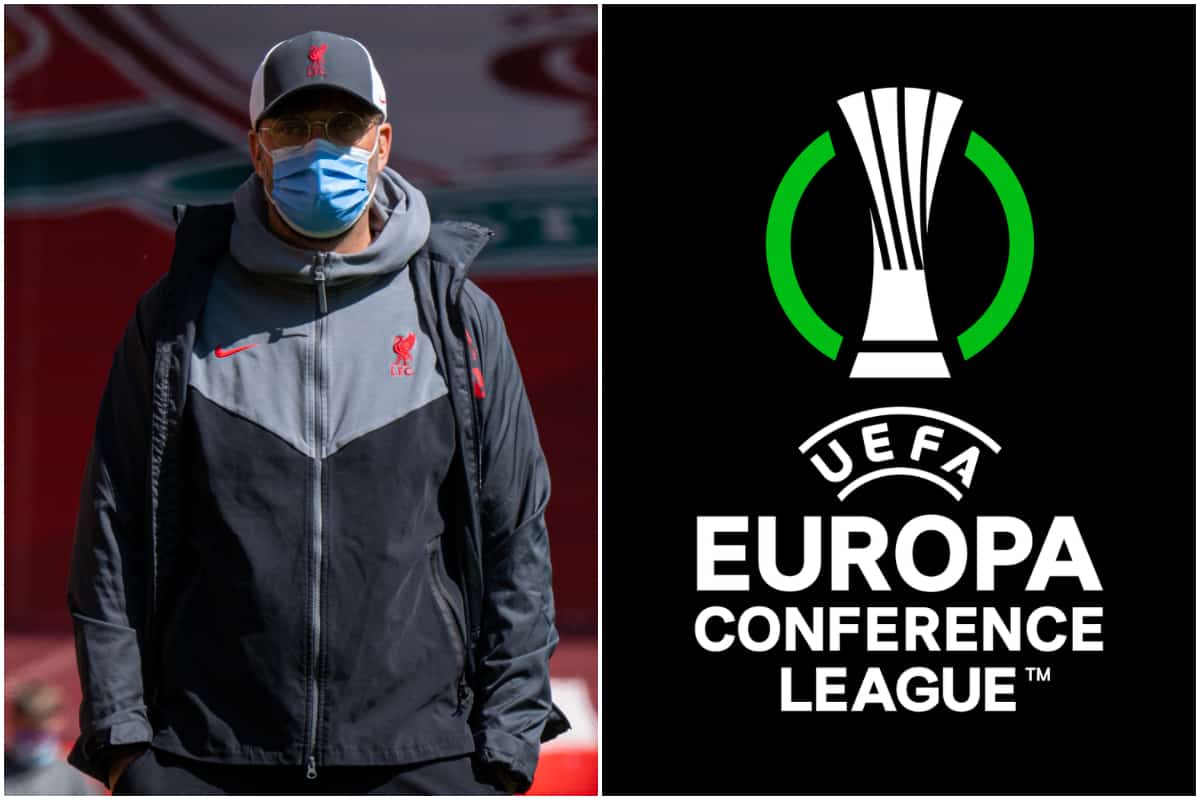 The talk of the last week has all been about a new European competition, but Liverpool could yet find themselves in a new UEFA tournament next season despite the Super League withdrawal.

The newly-formed ‘UEFA Europa Conference League’ begins for the 2021/22 season, becoming the third tier of European competition below the Champions League and Europa League.

Jurgen Klopp‘s outgoing champions sit sixth in the Premier League table after two draws in the last two games, losing ground on the rivals for a top-four finish and therefore Champions League qualification.

“I didn’t see from us that we deserved today to play Champions League next year,” admitted Klopp on Saturday after his team conceded another late goal to draw with Newcastle at Anfield.

The Reds are five points behind third-placed Leicester and four behind fourth-placed Chelsea.

There’s then just two points separating fifth-placed West Ham, Liverpool, and seventh-placed Tottenham, with Everton a further point behind and with a game in hand.

Leicester also have a game in hand, with all the rest having played 33.

And in order to avoid the ignominy of being in the ‘Conference League’ alongside teams from countries like Malta, Albania and Moldova – plus the disruption to schedules being in the competition would bring – Liverpool must not finish in seventh.

The only way it wouldn’t be seventh place who goes into the Conference League is if Leicester won the FA Cup and dropped down to below fifth.

The tournament itself is effectively a replacement for the former UEFA Cup Winners’ Cup, which was curtailed in 1999 – and the only trophy Liverpool have never won.

Liverpool’s lowest-ever Premier League finish was eighth in 1994, 2012 and 2016. A similar finish this season would at least avoid the new competition and give Klopp a season to concentrate solely on domestic matters.

After this season, a year without European competition could benefit everyone.