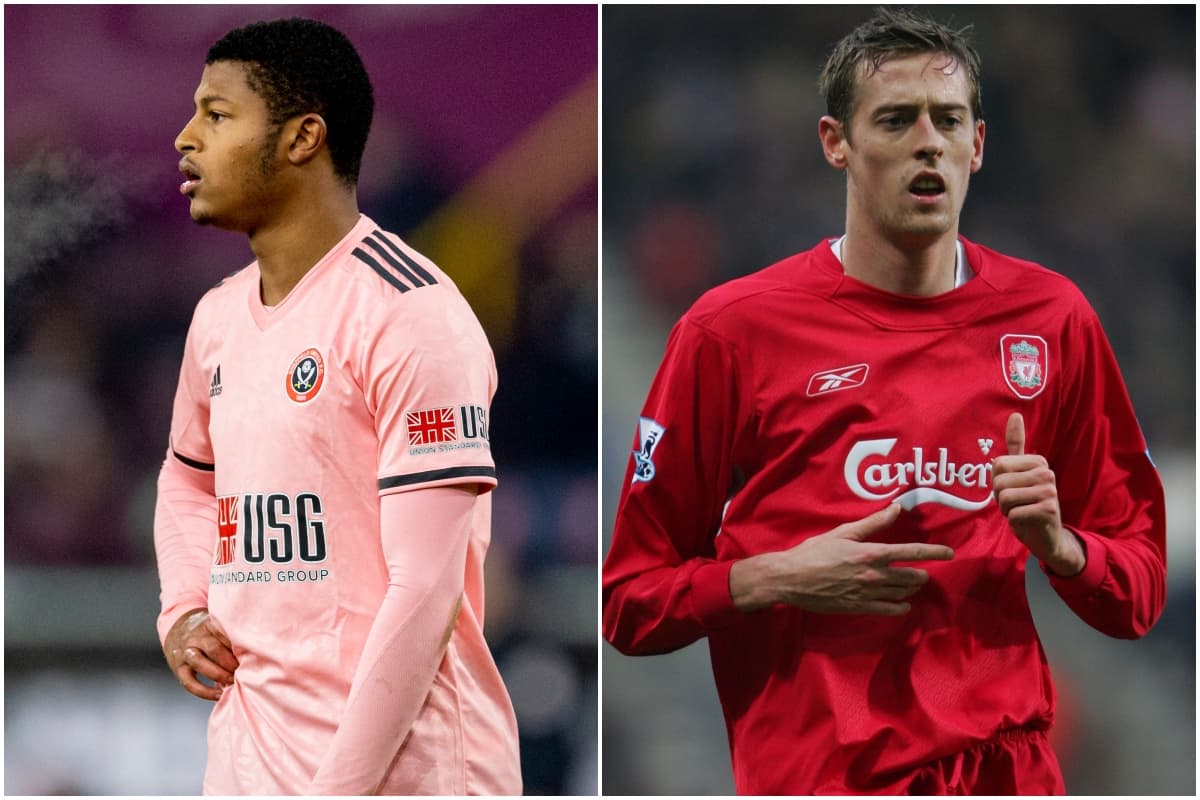 It’s safe to say Rhian Brewster‘s £23.5 million move to Sheffield United has not panned out the way he had hoped, with the striker’s goal drought a concern this season.

Brewster’s departure to Bramall Lane came as a disappointment to Liverpool supporters, with many hoping for the youngster to take a place in Jurgen Klopp‘s squad.

But with finances tight and first-team opportunities slim, the England under-21s striker opted to depart in a deal that remains Sheffield United’s record buy, eclipsing the £22 million paid to sign Sander Berge.

The Blades ultimately suffered the drop, and though he can hope for a revival in the Championship, it may be telling that Brewster started just two of their six games after their relegation was confirmed, playing 144 minutes.

Seventeen-year-old Daniel Jebbison was preferred for the final three fixtures, scoring the winner against Everton on his first Premier League start.

With that goal, Jebbison has already netted more than Brewster for Sheffield United’s first team, with the Liverpool academy graduate not finding the back of the net in 30 games for the club.

Granted, only 14 of those came as a starter, but he has still clocked 1,295 minutes on the pitch, while veteran striker Billy Sharp struck five times in just 908 minutes.

This goal drought will be draining for Brewster himself, and he finds himself in a similar position to Peter Crouch when he joined Liverpool from Southampton in 2005.

It took Crouch 19 games, over four months, to score his first goal for the Reds, ending his dry start in style with two in a 3-0 victory over Wigan.

Unfortunately for Brewster, he has now surpassed the duration without a goal that Crouch endured over 15 years ago, with the lofty striker having gone 1,233 minutes without scoring – 62 fewer than Brewster.

“Frankly, it was the worst time in my football career,” Crouch reflected in a column for Paddy Power last year.

“I remember my dad saying ‘you’re going to a massive club, European champions at the time, just get your first goal and your confidence and you’ll be fine’.

“I thought ‘yeah I’ll get in there, get one early, get the monkey off my back and then bang’. But it just wasn’t happening.”

After breaking his duck, though, Crouch went on to score 13 goals in the next 31 games in his first campaign on Merseyside, with his overall tally for Liverpool standing at 42 in 134 appearances.

He became a member of the Premier League‘s 100 club – one of only 29 players – having netted 108 times during an excellent career that also took in spells with Aston Villa, Portsmouth, Tottenham, Stoke and Burnley.

Hopefully, Brewster can get his head down, earn a regular place in the Blades’ Championship side next season and recapture to form that saw him score 11 times in 22 games on loan at Swansea in the second half of 2019/20.

Liverpool still retain a buy-back option for the 21-year-old, though it remains to be seen if they would exercise this as Jurgen Klopp looks to bolster his attack.