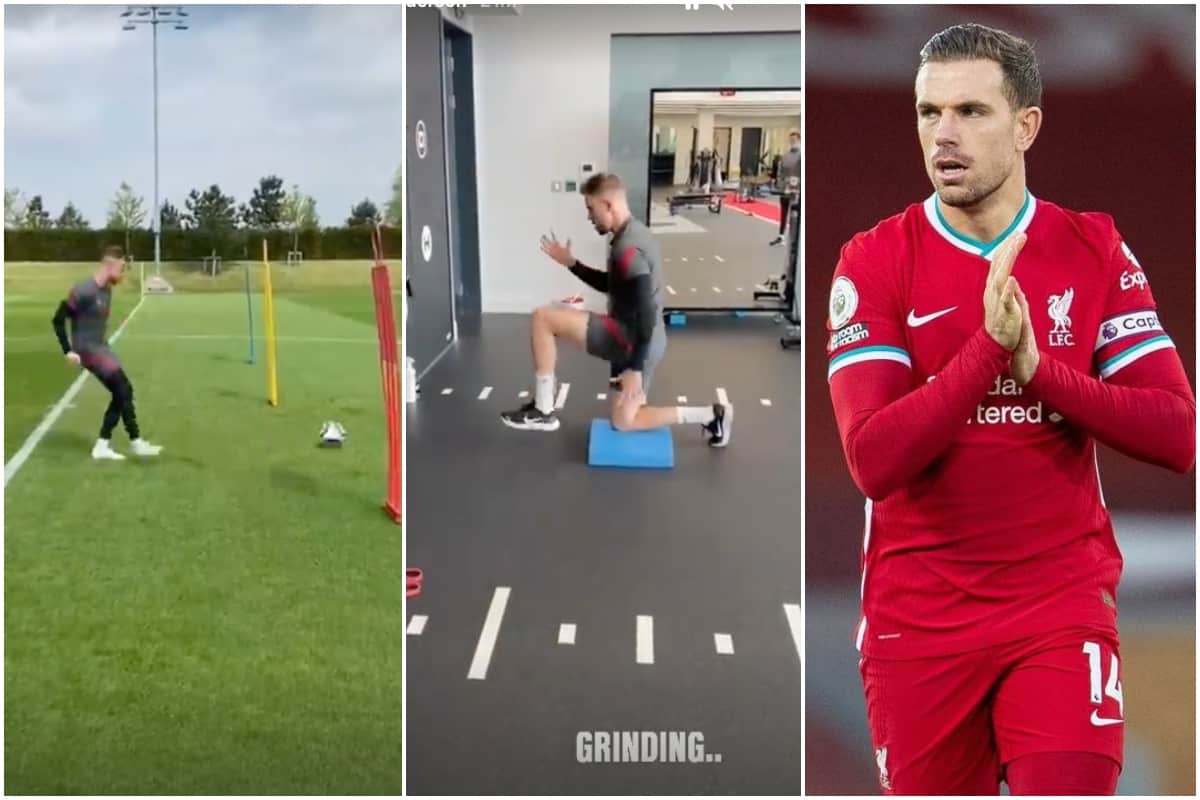 The Liverpool captain has been out of commission for eight weeks, missing a total of 13 matches to date after groin surgery – but Jordan Henderson has provided a welcome recovery update.

The 30-year-old last donned the red shirt against Everton back in February before being withdrawn midway through the first-half, where surgery on a groin injury soon followed.

Acting as an emergency centre-back at the time, it was another untimely blow for Jurgen Klopp and co. and his absence has been felt in more ways than one.

The hope had been that Henderson would return in late April but that time has come and gone, and Klopp’s update earlier in the week was that there is “no chance” for an appearance for his club before the end of the season.

With just three games left over the next eight days it comes as no surprise, but there remain hopes for his chances to feature for England in the Euros this summer.

Henderson’s individual programme continues and his update on Saturday shows that he is making significant steps forward in his recovery. 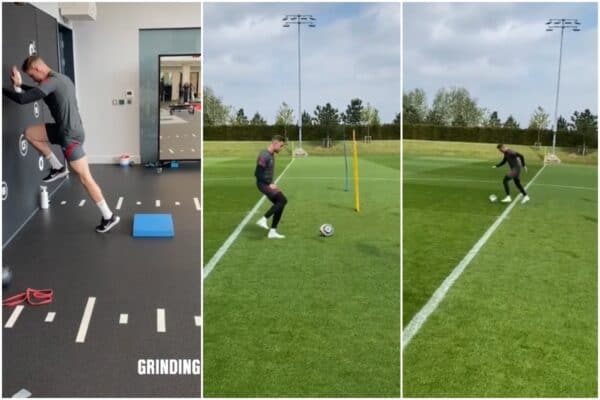 The skipper posted an update on Instagram showing off explosive work in the gym and ball work on the outside pitches at Kirkby that also included a spell of running.

It paints a welcome picture for Reds and appears to see Henderson on track with a chance to train with the rest of his teammates before the season comes to a close, as Klopp alluded to.

“That means Hendo will be then rested and has then a proper ‘pre-season’ for the Euros if everything works to plan. So no, he’s not out of that,” Klopp said earlier in the week.

While many of the Liverpool persuasion will hold reservations about Henderson’s involvement with England, that he is making strides towards full fitness is key at this stage.