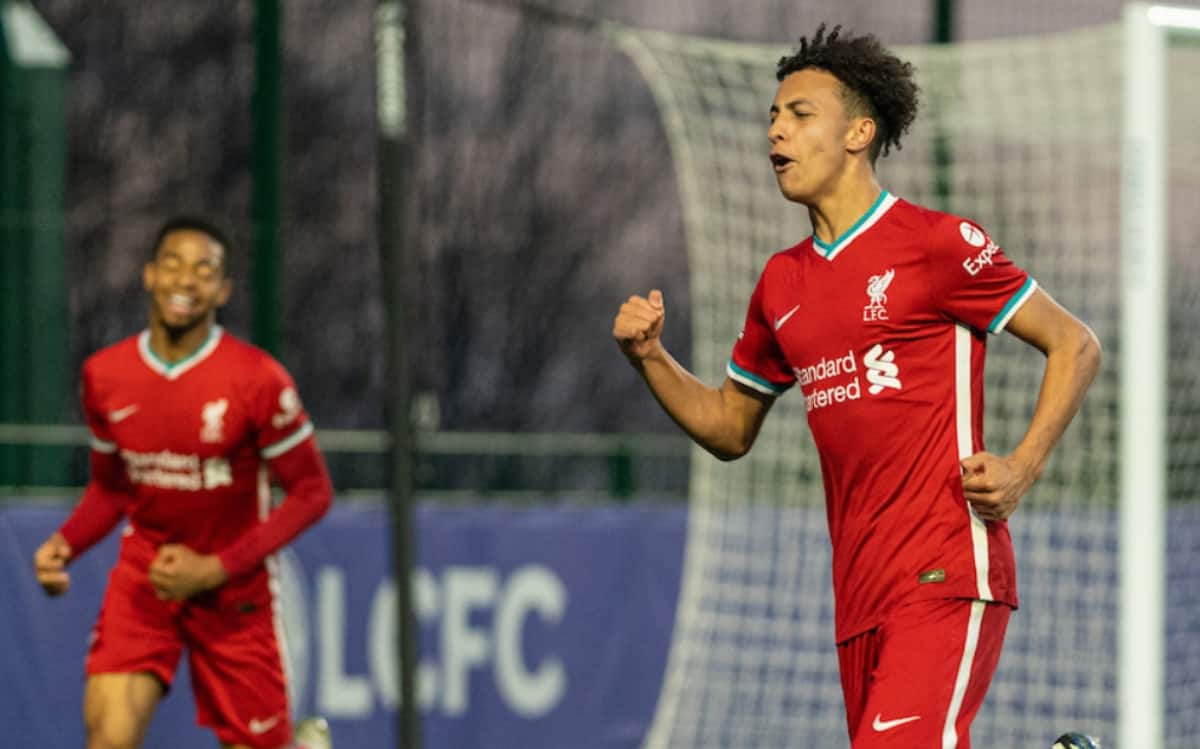 Barry Lewtas‘ side ended their season on a high on a night that saw the 16-year-old Kaide Gordon net his maiden goal on his debut at under-23 level.

The highly-rated Gordon made the switch to Liverpool earlier in the year and has readily plied his trade in the under-18s, featuring seven times for a return of five goals and two assists.

But the conclusion of the under-23s campaign saw him handed his first opportunity for Lewtas’ side off the bench, making a memorable impact heading into the summer.

The 16-year-old was one of nine teenagers in the matchday squad for Lewtas as they closed out their league campaign at Leicester, a week on from the reverse fixture that ended 2-2.

Only one change would be made from that contest but this time all three points would be secured as the young Reds’ pressure in the final third was made to count.

After Leighton Clarkson, Fidel O’Rourke and Luis Longstaff tested Jakub Stolarczyk in Leicester‘s goal in the first half, the breakthrough would only arrive on the cusp of the 60-minute mark.

It came from captain Ben Woodburn, who worked his way into space inside Leicester‘s penalty area before smashing the ball into the bottom corner from a tight angle on the left for 1-0. 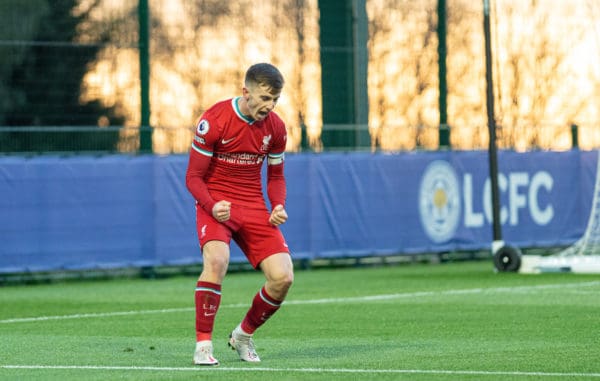 The effort was Woodburn’s fifth goal of the season for the U23s after returning from his loan spell at Blackpool in January, but it was not the only strike to find the net.

The next honour went to Gordon merely 18 minutes into his Premier League 2 debut after he emerged from the bench to latch onto O’Rourke’s pass and rifle home a left-footed shot to seal the victory.

It was a dream debut for the £3 million recruit from Derby, who will be looking for further opportunities with the U23s in what will be his first full campaign with the Reds in 2021/22.

And the 2-0 win for Lewtas and co. meant Liverpool concluded their league campaign in seventh place, 21 points adrift of Man City at the top.