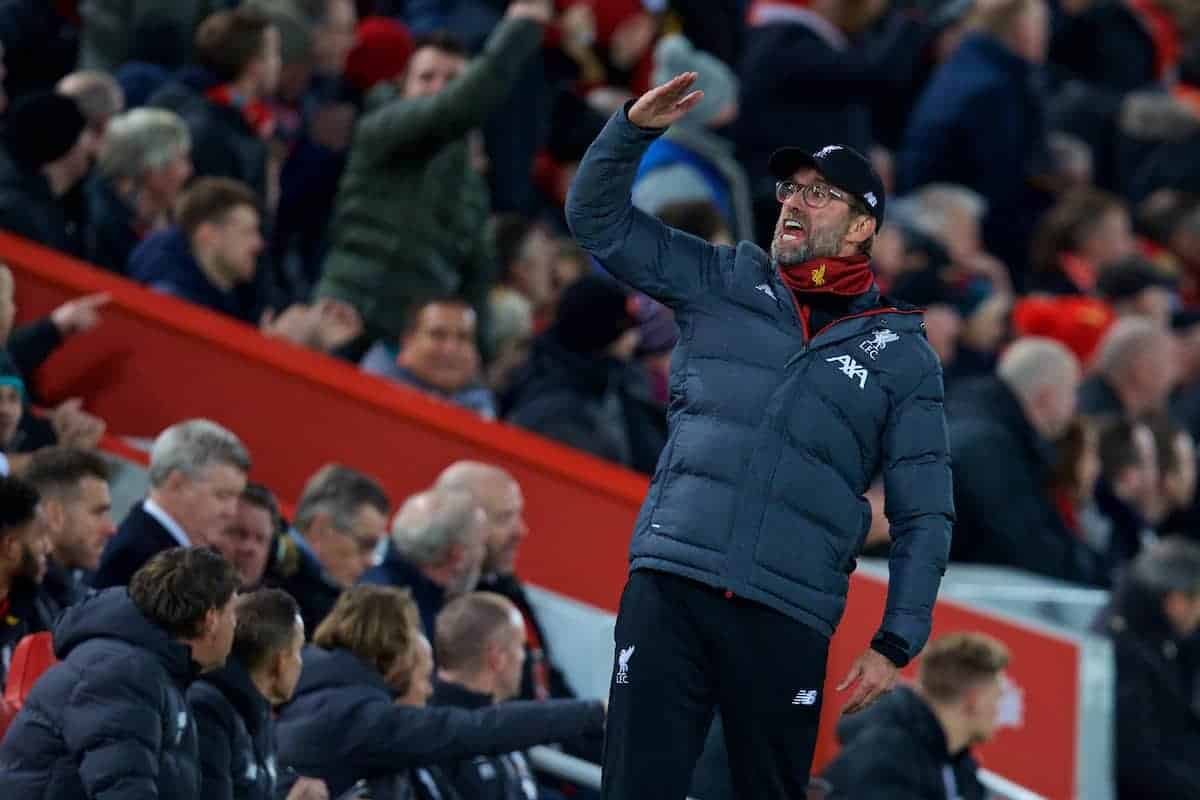 The return of 10,000 Liverpool fans is the “best news” Jurgen Klopp can imagine, having felt their absence in a game and with a team that thrives off emotion.

It will have been 149 days since Anfield last saw 2,000 fans walk through the turnstiles and 440 since a full house was present.

And on Sunday, 10,000 Reds will make their return on what will be an emotional occasion on an afternoon where Liverpool need a win to secure Champions League football next season.

It’s been a long time coming and here’s hoping life behind-closed-doors is well and truly beyond us, with football just not the same without the loud voices and loyal faces.

For Klopp, it’s a day to savour as all four stands will host fans on an afternoon where his side need one last win – and he’s looking for the “best support possible.”

“It’s an interesting one because we have supporters back. And I would like to use the opportunity to welcome them back,” Klopp told reporters.

“You cannot imagine how much I’m looking forward to seeing you all again. At least, 10,000 of you!

And for Klopp, quantifying the fans’ absence is “easy” as football with an atmosphere and emotion is not the same and Liverpool will no longer be alone.

“100 percent, it’s easy to quantify that because nothing was the same,” Klopp continued.

“I’ve loved the game since I could think. In the village I was born and raised in, when the first team played 300 to 400 people showed up and we only had only 1,200 people living there.

“It was a great atmosphere and I loved it from the first day of my life. It makes all the difference.

“We all need support through life, if it’s positive criticism, a boost, or a gee-up, we all need it and football especially. Football is for sure based on emotion and that means we were alone, we knew they are there but we were alone.