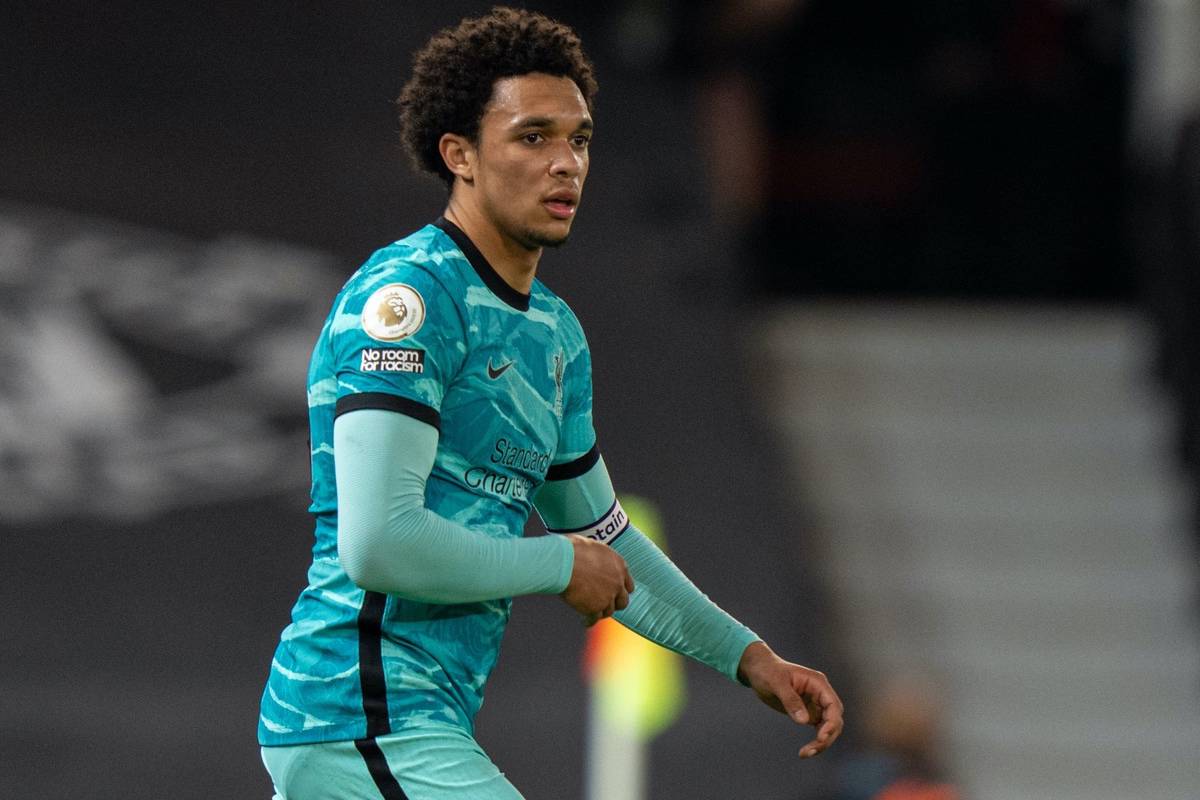 Liverpool beat Man United 4-2 in a breathless Premier League clash on Thursday night, but there was only one contender for Man of the Match.

The Reds knew that only a win would do in the quest for a top-four finish, with their rivals looking to dent those aspirations.

Bruno Fernandes opened the scoring with the help of Nat Phillips‘ deflection, but Diogo Jota and Roberto Firmino both struck before half-time.

The latter got his second of the night straight after the restart, and although Marcus Rashford reduced the arrears, Mohamed Salah sealed the win in the dying seconds. 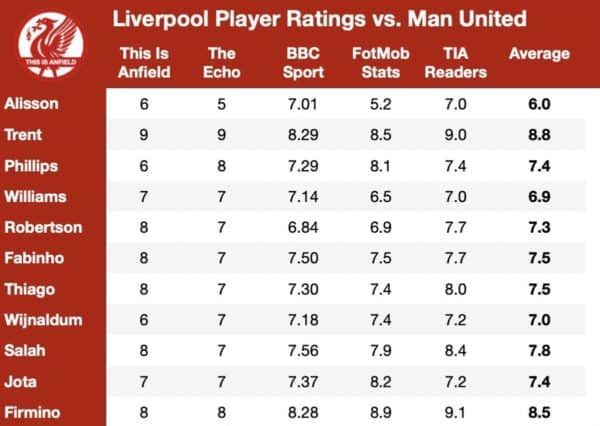 It was Trent Alexander-Arnold (8.8) who received the highest average rating on the night, following a virtuoso display.

The 22-year-old got two assists, but it was his all-round quality on the ball that stood out, looking every bit the world’s best right-back.

This Is Anfield gave Trent the Man of the Match award, saying his “passing was also excellent throughout,” as well as hoping Gareth Southgate “took note” of the performance.

The Echo‘s Ian Doyle felt he was “defensively solid” and “read the game well,” showing that it wasn’t only the attacking side of his play that stood out.

Next in the reckoning was Firmino (8.5), with the Brazilian playing a huge role with his two goals.

The Brazilian also created two chances, as pointed out by FotMob, and made one interception and three recoveries.

In third place was Salah (7.8), who took his tally to 30 goals for the season and was a menace throughout the evening.

This Is Anfield thought the Egyptian King “retained his intensity and direct style of play” all night, adding that he was “vital on the second-half counters.”

Alisson (6.0) earned the lowest overall rating, which says a lot about Liverpool’s outfield players against United.

Doyle picked out that he “almost gifted Cavani a goal early on,” with his distribution flattering to deceive a number of times this season.

This wasn’t an evening to focus on the negatives, however, as Liverpool picked up one of their most important victories of the campaign.