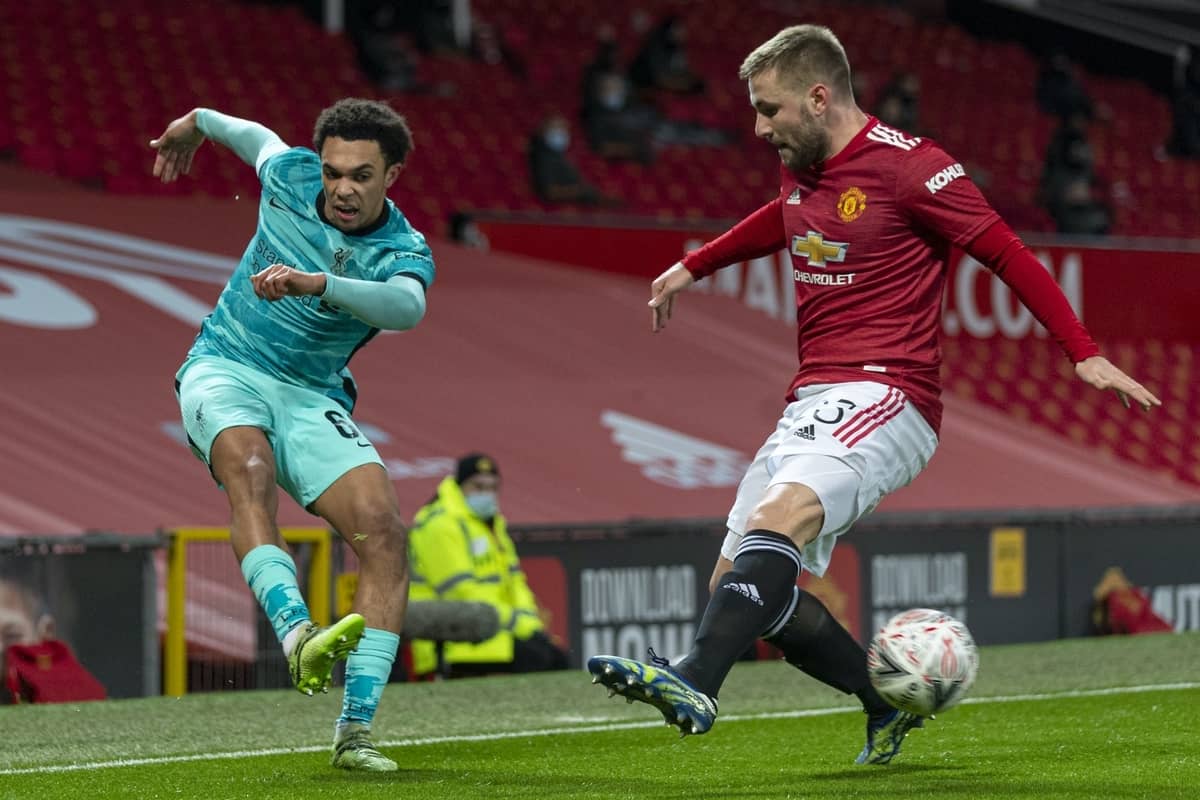 A new date for Liverpool’s trip to Man United is yet to be confirmed, with the Premier League facing a number of problems in rescheduling Sunday’s postponed fixture.

The Reds were forced to travel back to Merseyside on Sunday evening as protests inside and outside Old Trafford forced the postponement of a major clash.

A United statement on Monday said: “Information on the rescheduling of the game and any possible implication on other fixtures will be announced after discussion and agreement with the Premier League.”

It had initially been expected that the game could be played on Monday night, just over 24 hours after the intended kickoff, but that is now not the case.

The fixture is yet to be rescheduled, as all parties consider a number of issues before settling on a date and kickoff time.

Most problematic is the fixture list for the rest of the campaign, with there being few spaces between games that align for both Liverpool and Man United – the biggest gap would have been on Monday.

It is likely now that at least one other game will be moved to accommodate the fixture, and this could come with Liverpool’s trip to West Brom on May 16, which could be switched to May 12/13.

If that is the case, Man United vs. Liverpool would then be able to be played on May 15/16, allowing a short break between fixtures for both sides.

This would require a dialogue with West Brom, too, while broadcasters will also be needed to sign off on any changes, with Sky Sports holding rights to the rescheduled game.

With fears over another protest disrupting the game again, there is also potential for a neutral venue to be agreed, though that would be a worst-case scenario for United and as a result is unlikely.

United will consider the situation as a major inconvenience either way, not least as they are still competing in the Europa League and expected to make it to the final on May 26.

There have been suggestions that Liverpool could even travel to Old Trafford after the final, but that is dubious due to the proximity to the summer’s European Championship which begins on June 11.

England have warmup friendlies scheduled for June 2 and 6, as is the case for the majority of the other nations.

It would also force a conflict of interests in the Premier League, with all 10 fixtures lined up to be played at the same time on May 23 so outside factors do not come into play.