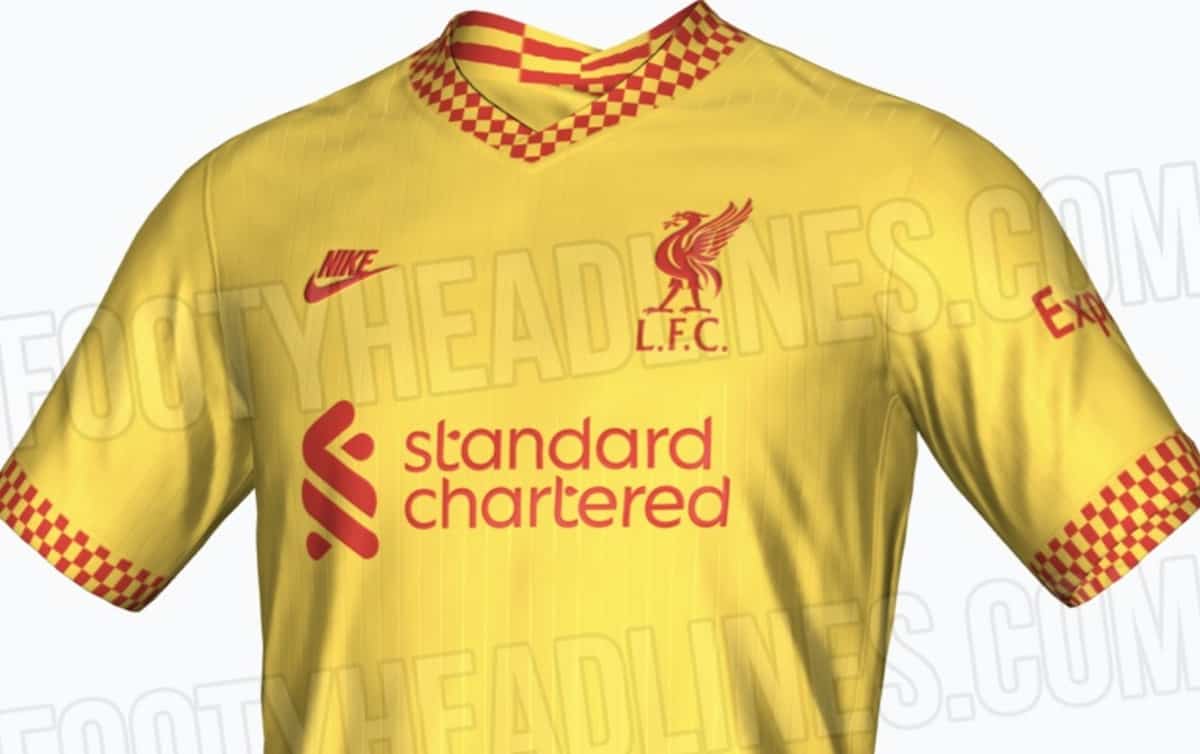 Liverpool will wear yellow and red as their third kit for the 2021/22 campaign, with the latest Nike design leaking ahead of its official release later in the summer.

It has not been a mainstay for Liverpool, however, since the 1980s, but success under Bob Paisley, Joe Fagan and Kenny Dalglish with a Crown Paints sponsored shirt has made it an iconic colour for the club.

That is set to return next season, with mockups of Nike’s latest design emerging via the ever-reliable Footy Headlines, who already leaked the home and away kits for 2021/22.

The design is relatively simple, with a yellow shirt accented by red detailing with the LFC, Nike, Standard Chartered and Expedia logos.

For the V-neck collar and cuffs, Nike have employed a yellow-and-red checkered pattern, which is a nod to the flags on the Kop, while there appears to be a subtle yellow pinstripe on the body.

Nike’s scheme describes the colours used as ‘Chrome Yellow’ and ‘Rush Red’, while Footy Headlines report that there will also be grey and white used on the kit, likely for the socks.

It is claimed that Liverpool will release their new third kit in September, though it is expected to be unveiled earlier in the summer.

The Reds have already debuted their home kit for 2021/22, wearing it for the final-day victory over Crystal Palace; the away kit will be ecru with a dark blue polo neck and red detailing.