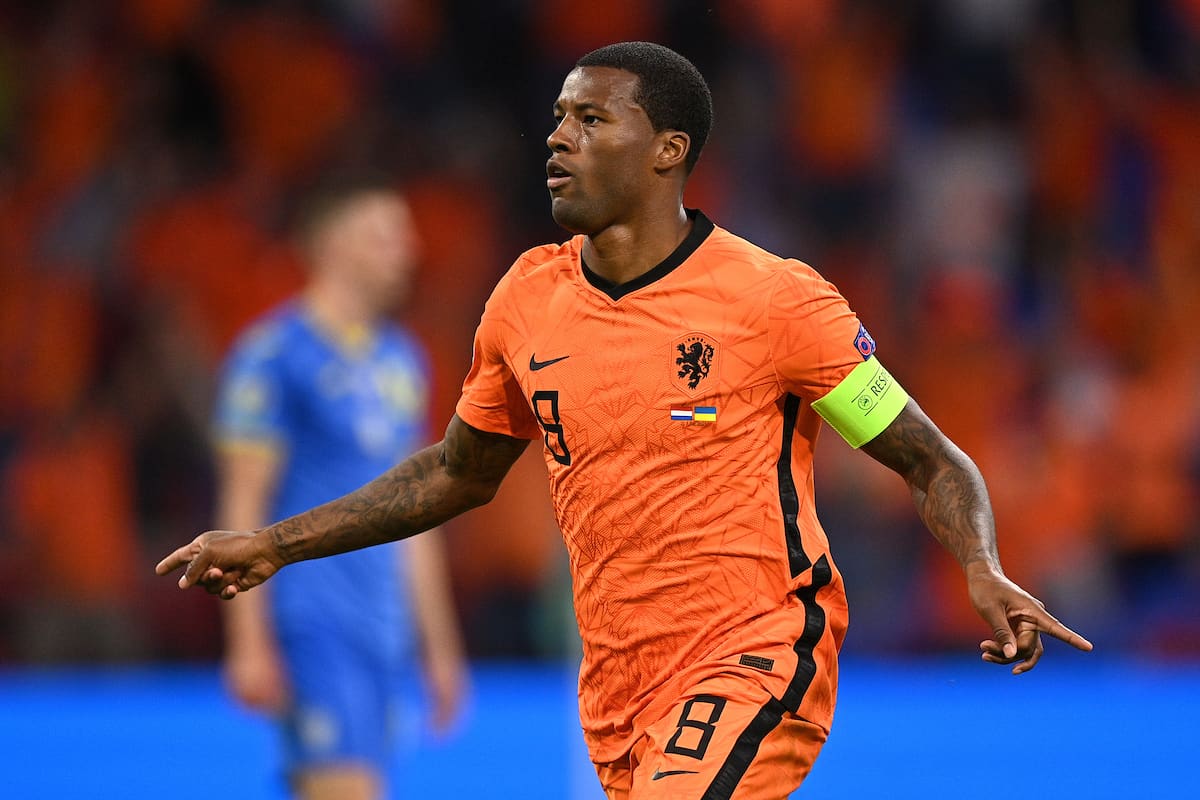 Knockout football has begun and already we’ve seen how it can affect sides – both in positive and negative fashion. Expect more of the same surprises, stressful moments and even a shock or two over the coming days.

Two intriguing ties await in Euro 2020 on Sunday, by the end of which we will know half of the quarter-finalists for this summer.

So far there haven’t been any shock exits, but in both Italy’s more reserved performance and Wales’ spirit being crushed, we’ve already seen the difference between group stage and direct elimination games.

Two of the pre-tournament favourites – in many places the second and third or fourth-shortest odds were on these countries – meet in the late game, meaning there will be upset and real disappointment in going out at this stage for one of them…and a Liverpool player will be doing all he can to ensure it’s not his nation.

Round of 16 talking points 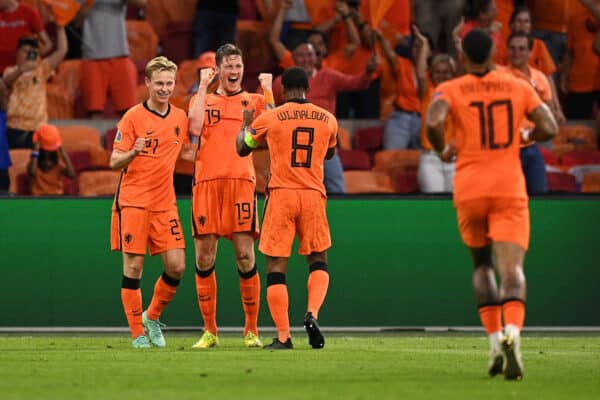 Gini Wijnaldum and Memphis Depay. They are the attacking heart of a Dutch team which has finally started to impress under Frank de Boer, and they’ll need to fire against a Czech side which only conceded twice in the groups.

Our former midfielder has three goals already and the new Barcelona forward has been involved in everything Netherlands have produced, whether alongside Wout Weghorst or Donyell Malen in attack.

If Netherlands produce some fast play and those two are regularly on the ball, it’ll be tough for Patrik Schick and Co to reply in kind.

The potential clash of two midfield titans. Roberto Martinez has to decide whether to use Kevin de Bruyne in midfield for Belgium or in the forward line, while Renato Sanches surely did enough in a mammoth performance against France to earn his spot in the Portugal line-up again.

Those two going head-to-head will be phenomenal, but even if De Bruyne is further forward, Sanches and Axel Witsel could be just as immersive to watch.

Every chance the Portugal man wins out again – he dominated Kante and Pogba pretty much by himself, after all.

Wales individuals: Gareth Bale walking away from an interview and the two Liverpool lads who didn’t have the greatest of impacts off the bench.

Gareth Bale walked away when he was asked about his Wales future.

The question came after Wales' 4-0 defeat to Denmark in their last 16 tie.

None in the first game, then Diogo Jota will be hoping to help send Portugal through to meet Italy in the quarter-finals. As is evidenced, it’s not an easy route for either nation meeting today, but it’s great for the viewers – big game after big game to come.

Later at night, Liverpool’s Brazilian contingent could be in action at the Copa.

Netherlands should beat Czech Republic if they don’t freeze on the big occasion. It’s tough to call the second game and much might depend on how often Portugal can get the wide forwards one-on-one against Belgium’s ageing wider centre-backs. We’ll go for a Portugal win just to maintain the interest from a Jota perspective!