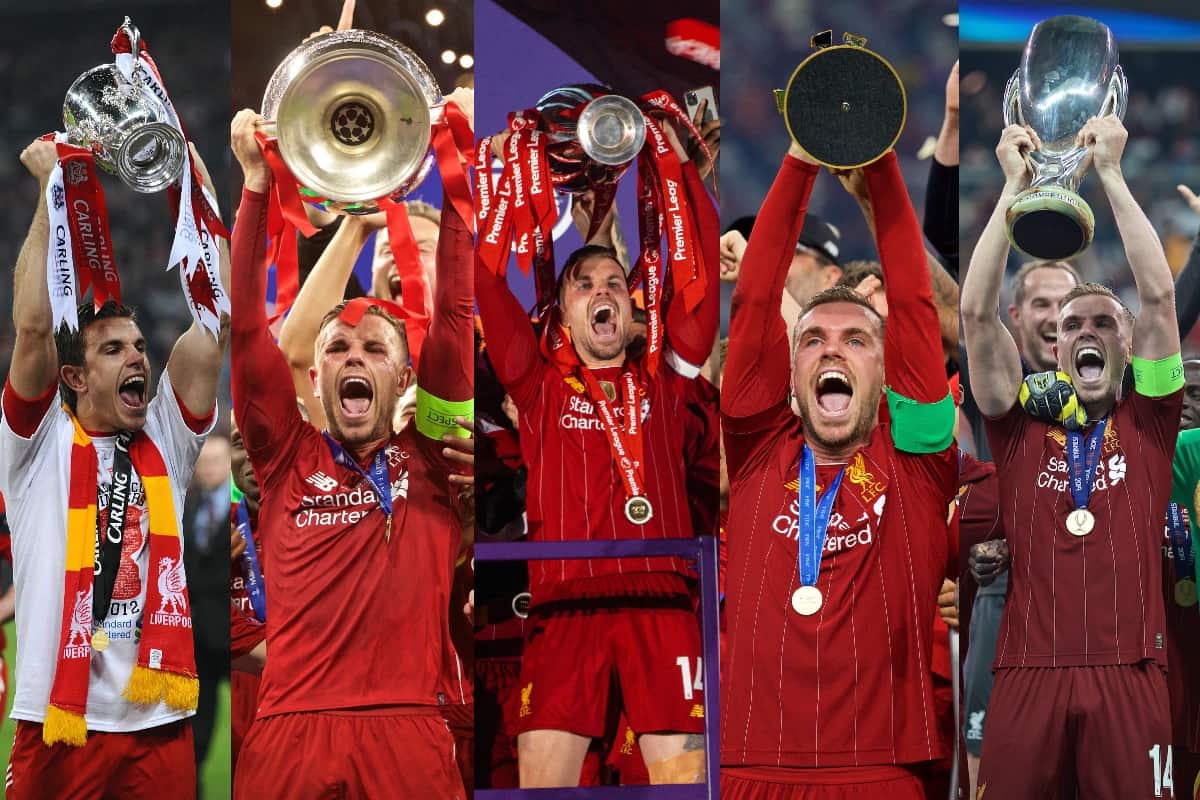 “A good human being, a fantastic player, a great captain” – just some of the words used to describe and pay tribute to Jordan Henderson.

Liverpool’s No. 14 has faced it all in his 10 years at Anfield. Constantly asked to answer his critics, Henderson has done so with his humble and selfless nature intact.

With 392 appearances under his belt to date and five trophies to his name, Henderson has carved out his own place in the club’s history and there are no doubt still a number of chapters left to write in his story.

But it is a journey he himself could not have envisioned when setting out on it a decade ago.

“When I joined this club 10 years ago, I would never have imagined the journey we’d go on,” Henderson penned on social media.

“There have been ups, downs and some incredible moments along the way which will stay with me for a lifetime.

“The decade would not have been the same without the people of this city, my teammates, the staff that make this club what it is and the fans that are its foundation.

“Thank you all for your incredible support through the good times and the bad it means everything to me. You’ll Never Walk Alone.”

And such has been his influence, he was not short of kind words from current and former teammates and Reds worldwide.

In a documentary from Liverpool FC, ‘The Making of a Champion’, he was spoken of highly by a number of familiar faces:

“He’s very vocal, someone who leads with his actions and words; someone who is a role model, even to this day, for me. Someone who is inspiring, his story is amazing and just to see him grow as a player and a person, and always seeing him do the right things on and off the pitch is really good to be able to see.” – Trent Alexander-Arnold

“Jordan is a great guy, a good human being, a fantastic player, a great captain for the club, a leader. [I have] only positive and good words for him. He is a humble guy, works hard every day. I am just happy for the achievements he has had so far in his career. I am just happy that he is my captain as well.” – Virgil van Dijk

“He’s always been the most ultimate professional. The first glimpse I got of that was when I played with him at England and then when I signed for Liverpool you could just see it day in, day out. Always sacrificed himself for the team, always had those leadership qualities.” – Adam Lallana

“What a journey Hendo. All your hard work paid off and still a lot of things to achieve. Beast mentality. Miss you brother – Dejan Lovren on Instagram.

The high regard Henderson is held in is indisputable and it will form a significant part of the legacy he has and continues to carve out at Liverpool and beyond.