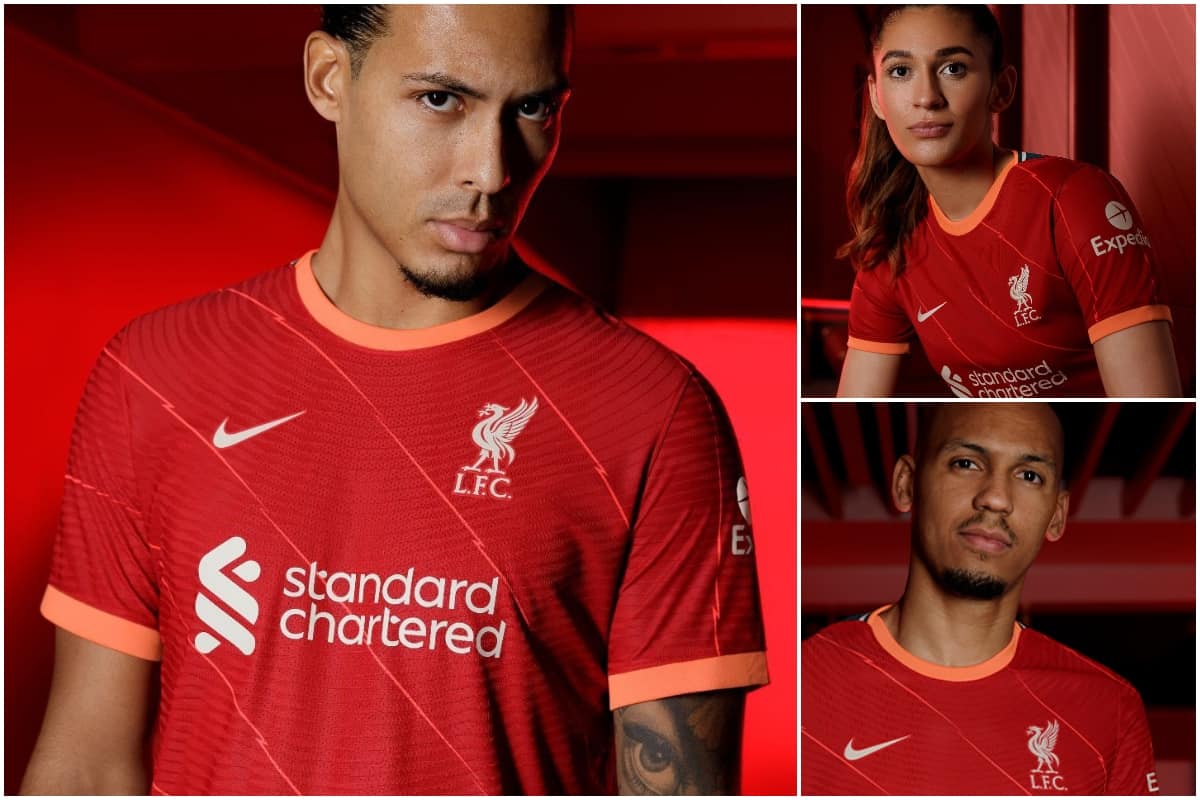 We’re giving away the new Liverpool 2021/22 home shirt with your choice of player name and number on the back! Read on to enter.

With the fixtures for the new Premier League season released this week, it feels like the 2021/22 campaign will soon be upon us.

The Reds kick-off their season on the weekend of 14 August away to newly promoted Norwich City at Carrow Road, before Anfield hosts Burnley – all being well with a full crowd for the first time since March 2020 – a week later.

Liverpool and Nike launched the new home kit in May — inspired by the 1964 season, during which time the Reds were under the management of Bill Shankly.

In 1964, LFC introduced a full red kit for the first time in the club’s history on the basis it would provide them with a psychological edge, with Shankly famously saying that ‘red is for danger and red is for power’.

As revealed by This Is Anfield last month, Virgil Van Dijk remains the fans’ most popular choice of player name and number to get on the back on their new shirts, closely followed by Trent Alexander-Arnold and then Thiago. Who will you get on your shirt?

To be in with a chance of winning the new home shirt, with your choice of player name and number on the back, simply complete the form below and you will be entered into the prize draw. The competition with close at 12noon on Friday, 25th June. Good luck!