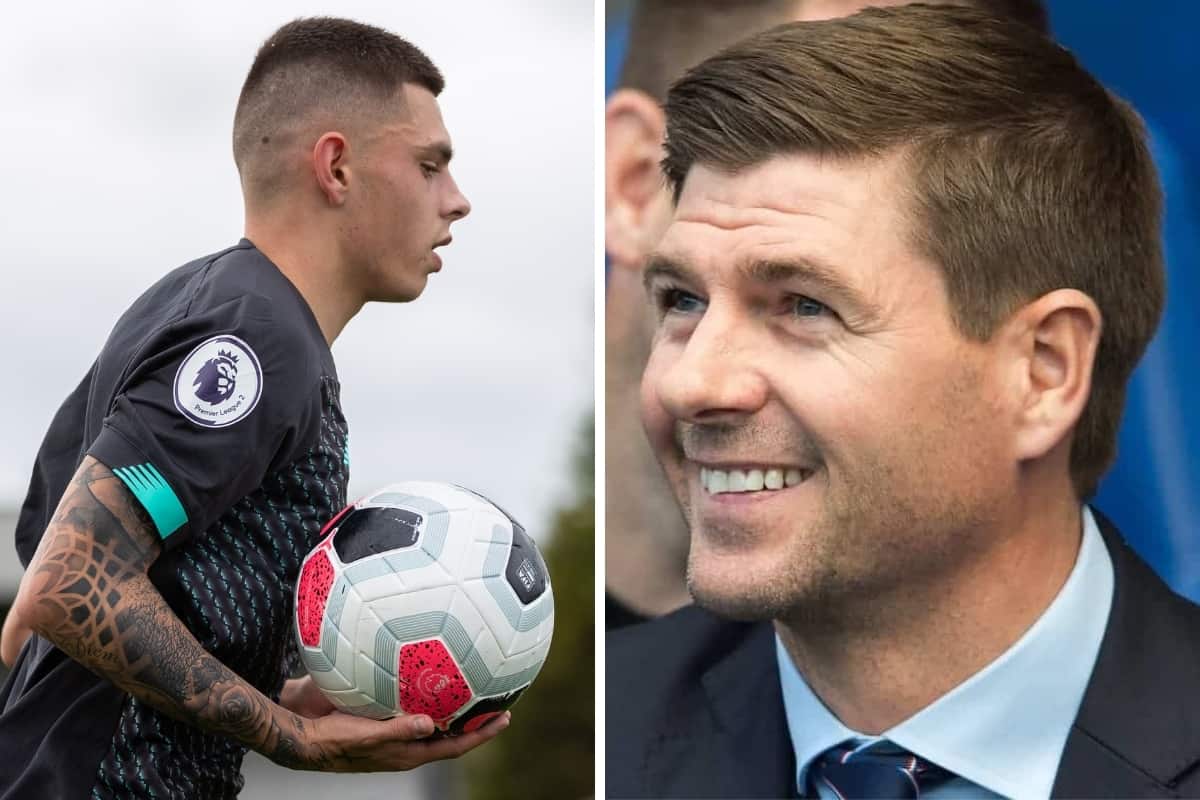 Liverpool left-back Adam Lewis made his top-flight debut for Scottish club Livingston on Saturday, which saw him reunited with his old under-18s manager Steven Gerrard.

Lewis is into his third loan spell away from Liverpool, having joined Livingston following stints with Amiens SC and Plymouth Argyle last season.

The 21-year-old has taken up a regular role under manager David Martindale, and started three of Livi’s four group games in the Scottish , gearing up to the league kickoff.

Livingston’s Scottish Premiership opener came away to the champions, and Martindale gave Lewis a big vote of confidence as he started him at the left-back.

It was a difficult game for the West Lothian side, though, as Ianis Hagi gave Rangers the lead within eight minutes, firing home from James Tavernier’s free-kick.

Lewis was clearly eager to make an impact, making a series of strong challenges as he picked up a booking and forced Hagi off through injury in a busy first half, drawing the ire of Rangers supporters.

Martindale opted to withdraw his loanee after just 56 minutes, with Gerrard’s side going on to seal the 3-0 win through second-half goals from Scott Wright and Kemar Roofe.

It was a positive start to the campaign for Gerrard, and it came at the expense of a player he cherished while in charge of the Liverpool U18s.

Back in 2017, he went so far as to say: “Going forward, I haven’t seen anyone as good as him at that age, in terms of quality and what he can deliver in the final third.”

Liverpool’s other loanee in competitive action this weekend was Czech goalkeeper Vitezslav Jaros, who played the whole game as St Patrick’s Athletic lost 3-1 to Shamrock Rovers in the League of Ireland Premier Division.

The result saw St Pat’s drop three points behind their rivals having played a game more, with the two sides sat first and second in the Irish top flight with 14 left to play.

Meanwhile, Sepp van den Berg played 90 minutes as Preston lost their final friendly of pre-season 3-2 to Wigan, with the Dutchman starting at centre-back and forcing an own goal as he put Latics defender Tendayi Darikwa under pressure.

Paul Glatzel was on the pitch for 80 minutes of Tranmere’s 2-1 friendly defeat to Burnley, giving a good account of himself as he tested Wayne Hennessey on a number of occasions.

Anderson Arroyo was not involved as CD Mirandes lost 1-0 in their friendly clash with Osasuna – Liverpool’s opponents at Anfield on August 9 – with there still an element of mystery surrounding his latest loan to Spain.