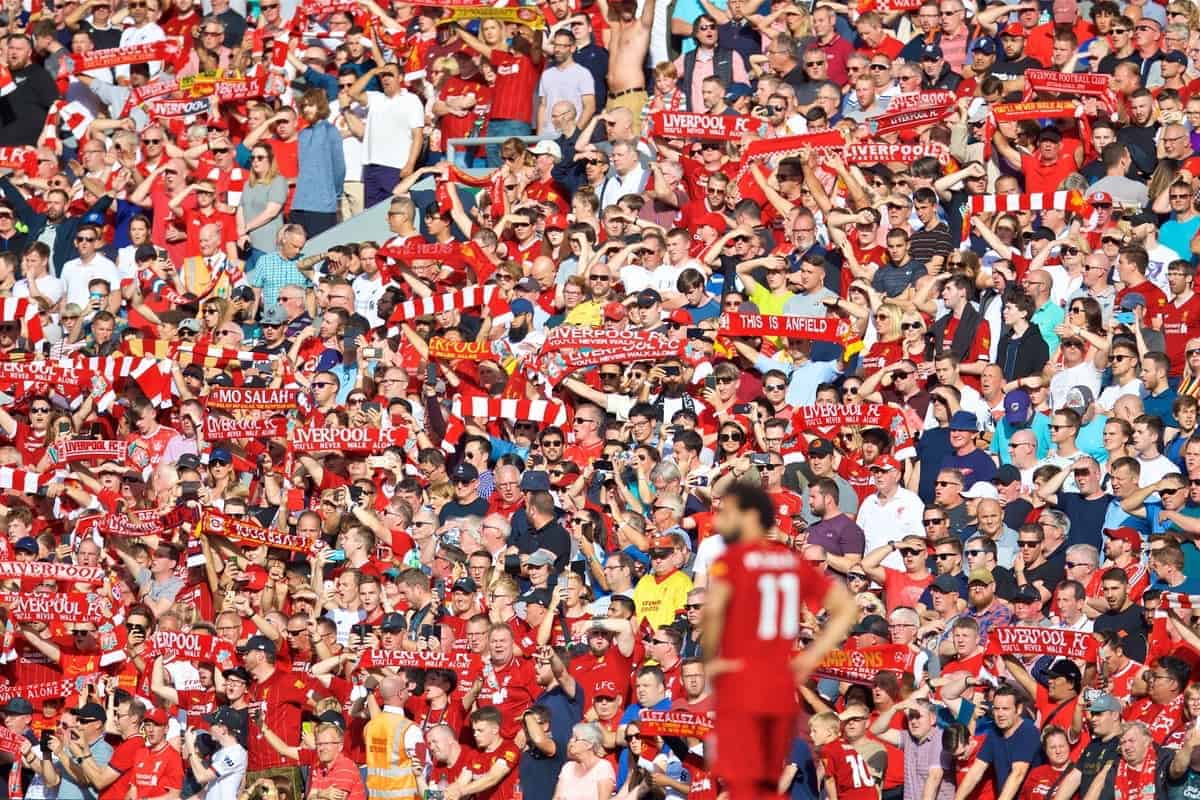 Despite a delay in relaxing COVID-19 restrictions in the UK, the Premier League expects to be able to welcome full stadia back in August following the latest update.

In the UK government’s roadmap out of lockdown, June 21 was set as the original date for all restrictions to be lifted, including the requirement of social distancing.

After over a year without the majority of seats being filled at stadiums across the country, this was a major boost for those in the Premier League and the tiers below.

For Liverpool, it pointed to the prospect of pre-season friendlies in front of a packed-out Anfield in July, with Rangers, Osasuna, Aston Villa and Newcastle among the clubs in negotiations.

However, the decision to push back the end of lockdown by almost a month has cast doubt on those plans.

But now, according to the Guardian, the government are due to announce that “all mandatory mask and social distancing restrictions” will be lifted on July 19.

The official announcement is set to be made the week before, with medical officials including chief medical officer Chris Whitty and chief scientific adviser Patrick Vallance “behind ministers’ plans to lift restrictions.”

This means that there should be arrangements in place for full stadiums across England, which would allow 53,862 fans back into Anfield for the first time since last March. 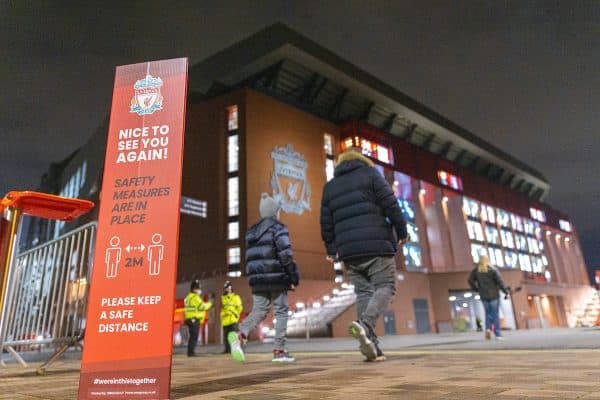 Concerns over a spike in cases during the winter have seen the government consider COVID-19 certification for mass events, with the Premier League described as a “key backer” of the proposal.

The report reads that the English top flight “hopes to be able to implement Covid status checks as a backup plan if seasonal pressures lead to calls for more restrictions.”

A delay to the end of lockdown may be part of the reason why Liverpool are yet to unveil their plans for pre-season, as it may well be the case that – less than a fortnight before Jurgen Klopp‘s squad return to Kirkby – they are not yet finalised.

The Reds kick off the new Premier League campaign saw to Norwich on August 14, with their first home game coming against Burnley on August 21.

This Is Anfield understands there are plans for at least two pre-season friendlies at Anfield before the season starts proper, which would allow safety protocols to be tested fully.