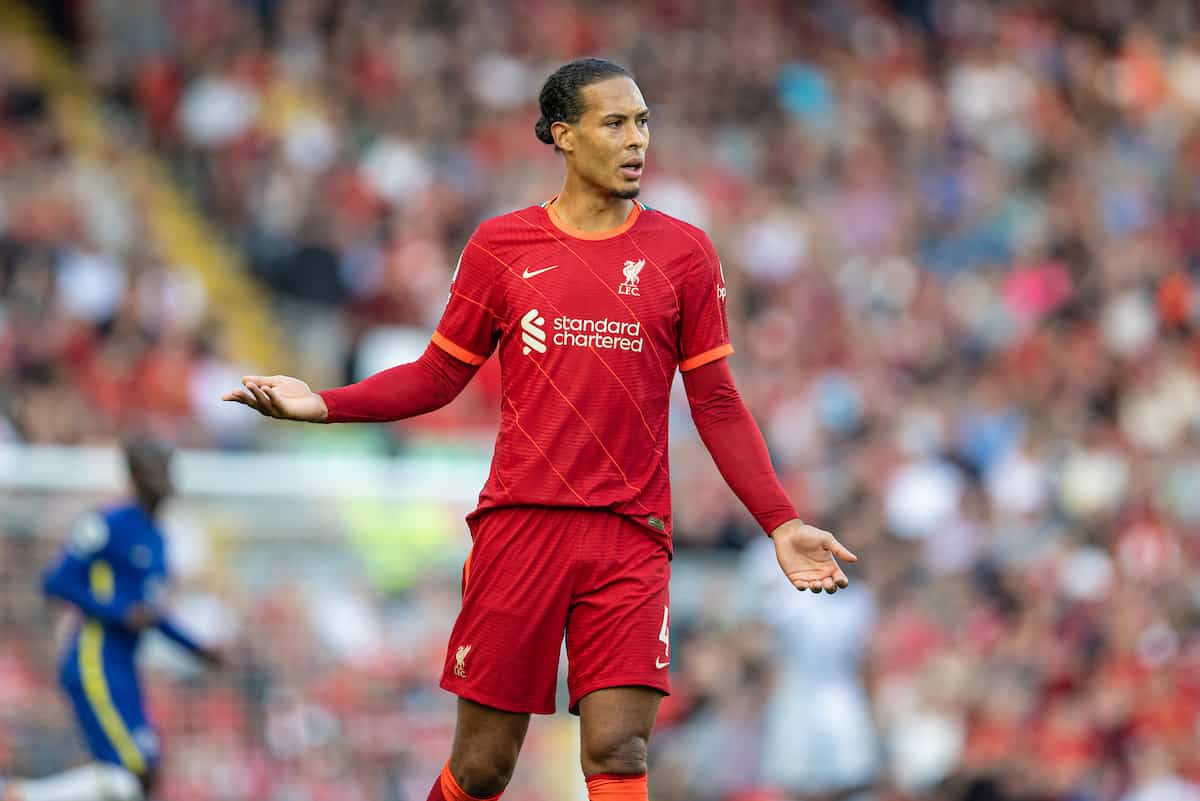 Liverpool’s players blew hot-and-cold in their 1-1 draw at home to Chelsea, with one key man well short of his best.

The Reds faced a crucial early test of their Premier League title credentials on Saturday, as the European champions made the trip to Anfield.

Kai Havertz sent a glancing header over Alisson to give Chelsea the lead early on, but Reece James’ red card and Mohamed Salah‘s subsequent penalty levelled matters before the break.

Liverpool huffed and puffed for a winning goal in the second half, but in the end, a resolute Blues outfit were deserving of a point and a draw was probably a fair result. 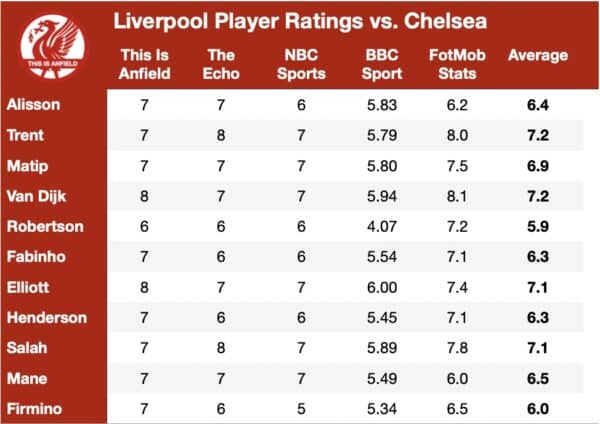 It was Trent Alexander-Arnold (7.2) and Virgil van Dijk (7.2) who shared the best average rating.

Alexander-Arnold produced a huge amount of quality on the ball, while Van Dijk was a rock up against the dangerous Romelu Lukaku.

This Is Anfield hailed a “few dangerous balls in” that Trent played, even though forcing the issue “didn’t quite come off” after the break.

He was also described as a “creative presence” by the Echo‘s Ian Doyle, unlike too many of those around him.

Meanwhile, the imperious Van Dijk enjoyed a 92 percent pass completion rate and won all five of his duels, according to FotMob.

Harvey Elliot (7.1) and Salah (7.1) were close behind, with the former’s performance labelled as “superb” by NBC Sports‘ Joe Prince-Wright.

Doyle felt Salah was “a constant menace down the right”, as he outperformed his fellow attackers, as was the case so often last season.

Andy Robertson (5.9) received the worst average overall, on a day when he looked well short of match practice.

TIA highlighted that the left-back was “beaten for the goal” and produced some “sloppy passes”, on a rare bad day at the office.

There’s now a dreaded international break for Liverpool fans to get through, prior to the Reds’ trip to Leeds United on September 12 (4.30pm BST).