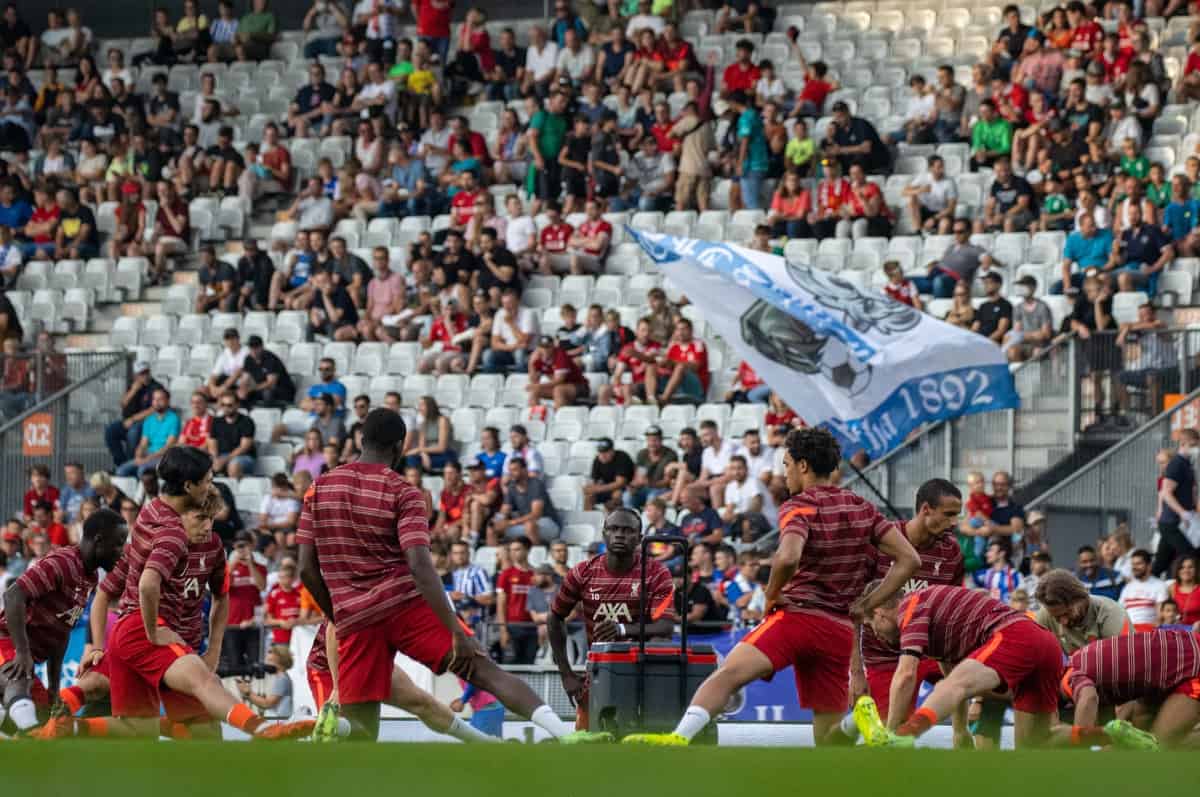 Liverpool have trimmed their pre-season squad down this weekend, as a handful of young players have been sent back to Kirkby instead of making their way to Evian.

The Reds began pre-season with a 34-man squad, which was subject to a number of changes throughout the course of three weeks in Austria.

Marko Grujic, Taiwo Awoniyi and Harry Wilson all came and went as they joined new clubs, while Ben Davies has returned to the UK and Neco Williams, Diogo Jota, Andy Robertson, Xherdan Shaqiri and Thiago have rejoined the group.

With Liverpool now travelling to France for the next leg of their warmup schedule, they have been joined by Alisson, Fabinho and Roberto Firmino.

The Brazilian trio were given three weeks off after the Copa America final – which brought defeat to Argentina in Rio de Janeiro – but will now look to get up to speed with less than a fortnight to go until the Premier League opener.

Jordan Henderson will be the last back, with the captain expected to join the squad next week, while Jurgen Klopp has also cut down the numbers ahead of two friendlies against Bologna.

“With Fabinho, Roberto and Ali arriving, this means that a few our young players go back to the AXA Training Centre while we are travelling to Evian,” assistant manager Pepijn Lijnders has confirmed.

It is unclear which players have left, though Leighton Clarkson, Owen Beck, Ben Woodburn and Kaide Gordon have all been pictured in training.

But if it is a like-for-like swap it stands to reason that any of Harvey Davies, Marcelo Pitaluga, Jake Cain, Tyler Morton and Mateusz Musialowski could have made way.

However, there is a case to argue that due to an increase in senior full-back options Conor Bradley would benefit from returning to the under-23s.

Bradley was touted as replacement for Neco Williams if the Welshman pushed for the exit, but so far the young right-back has played just 45 minutes this summer.

The same can be said of Billy Koumetio, who has also clocked 45 minutes on the pitch in pre-season, with Virgil van Dijk and Joe Gomez now back in action.

“They made a good impression, on and off the pitch,” Lijnders told the club’s official website.

“We had a good meeting with them explaining the decision and looking back. They shouldn’t see it as a negative.

“They are all in different moments of their development, and making a place for Roberto, Ali and isn’t a shame.”

After the two 60-minute friendlies against Bologna on Thursday, Liverpool will head back to Merseyside for back-to-back clashes with Athletic Club (August 8) and Osasuna (August 9) at Anfield.

Their campaign gets underway proper away to Norwich in the Premier League on August 14, with the first home game of the season against Burnley on August 21.