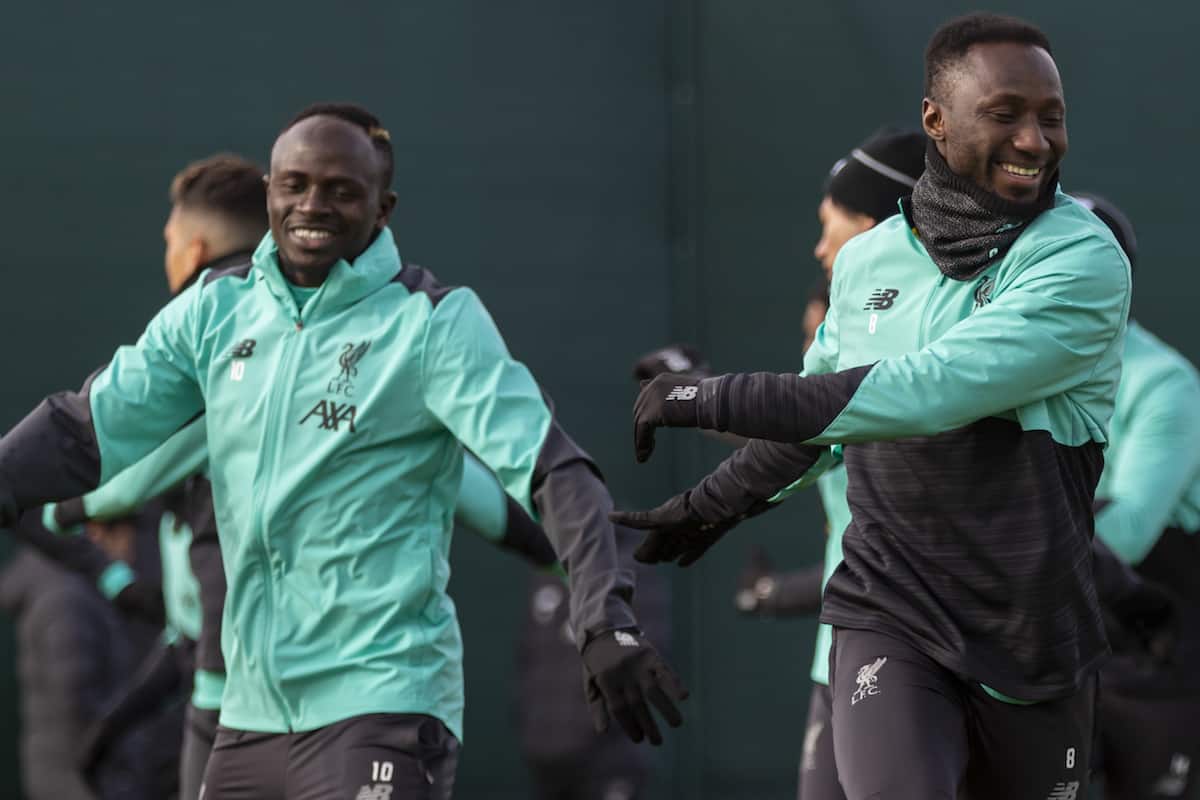 There will be at least one Red vs. Red encounter at the Afcon next year after Sadio Mane and Naby Keita saw their respective countries drawn into the same group.

The Africa Cup of Nations is to take place between January 9 and February 6, 2022, following the postponement of the tournament due to the pandemic.

The involvement of Egypt, Senegal and Guinea as part of the 24-nation competition means Liverpool will lose Mohamed Salah, Mane and Keita partway through the season.

It’s far from ideal but the return of the Premier League‘s winter break should see the trio miss only the FA Cup third round and league meetings with Brentford and Crystal Palace.

And while Jurgen Klopp‘s side will be out to pick up six points from a possible six and progress to the next stage of the FA Cup, there will be at least one Liverpool vs. Liverpool encounter 5,300km away.

The draw for the competition took place on Tuesday and it saw both Mane’s Senegal and Keita’s Guinea placed into Group B alongside Zimbabwe and Malawi.

Senegal are looking to go one better than their runner-up finish in 2019, while Guinea were knocked out by eventual champions Algeria in the last 16.

Mane was an ever-present for his country in the previous tournament, while Keita managed just 99 minutes of action and will look to couple a resurgence at Anfield with a strong tournament as captain of his country.

Salah’s Egypt, meanwhile, were drawn into Group D with Nigeria, Sudan and Guinea-Bissau and will aim to go further than the last 16 finish from the 2019 Afcon.

The top two finishers in each group in addition to the four best third-place finishers will all qualify for the round of 16.

The knockout stages are to take place from January 23 to February 6, where a place in the final for any of the Liverpool trio would likely rule them out of Leicester‘s visit to Anfield on February 9.