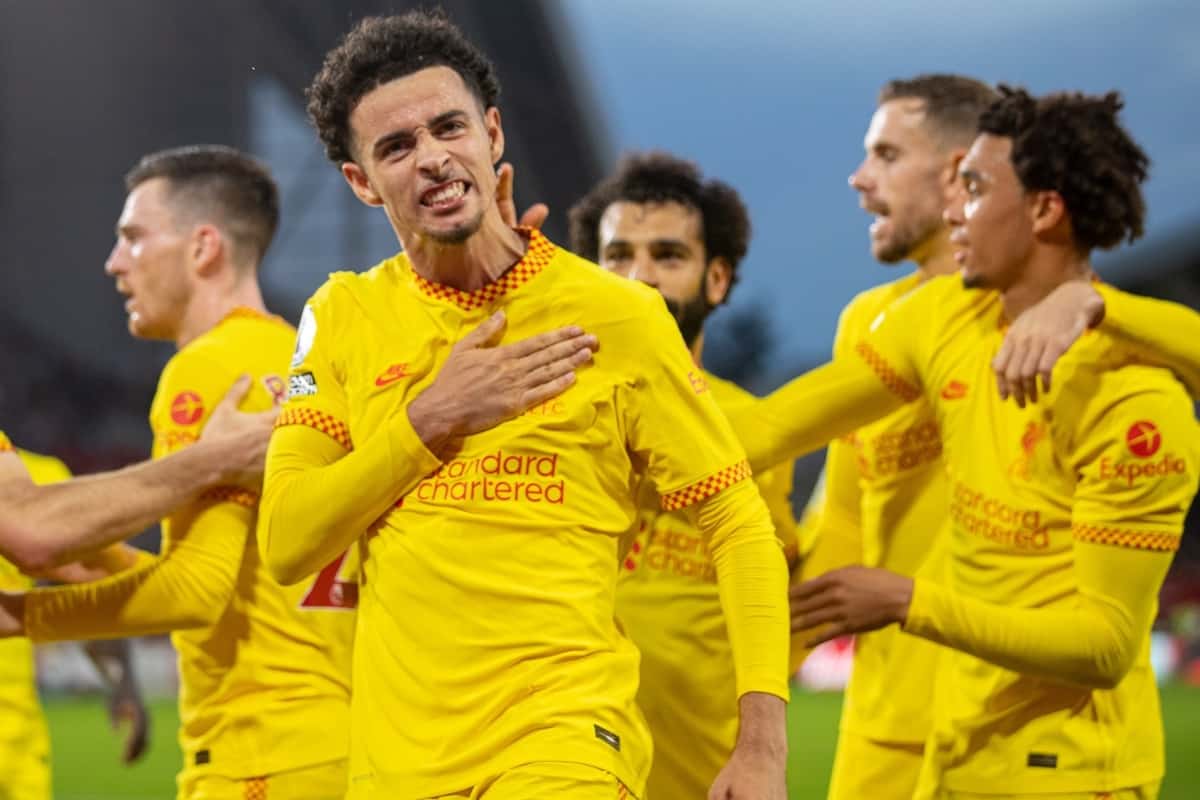 Liverpool sacrificed their defensive ideals as a crazy 3-3 draw played out at Brentford on Saturday evening, with few coming away with real credit at full-time.

The defending in front of him was shambolic, and the question can certainly be asked whether Alisson could have done more to keep his back four alert.

Perhaps the credit should go to Brentford, though, who battled impressively and gave the Brazilian a lot to do on a hectic evening in west London.

Our poor No. 66, left outnumbered for both Vitaly Janelt and Yoane Wissa’s goals, and predictably toiled in keeping the Bees’ robust attacks at bay.

Further forward, Alexander-Arnold combined well with Jordan Henderson and Mohamed Salah throughout, but Liverpool could not benefit from his creativity out wide due to Brentford‘s setup.

It was a shaky performance from Matip, who struggled against the physicality of Brentford‘s strikers and left Alexander-Arnold on his own for two of the goals. 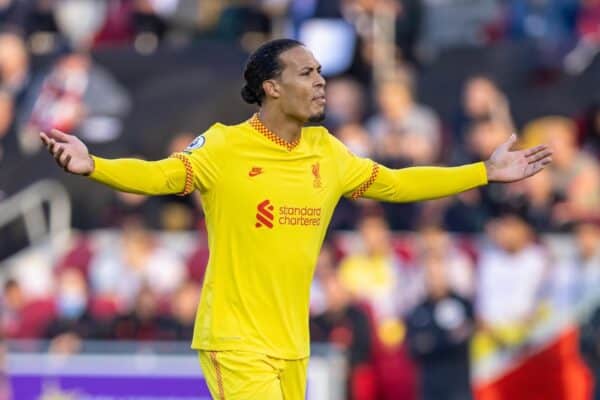 Perhaps the best of a bad bunch at the back, Van Dijk was rightly angry with his fellow defenders as they found themselves cut apart time and time again.

For his part, the Dutchman played with composure, snuffing out a handful of chances and matching the superb Ivan Toney for strength.

Having been rested for two consecutive games as Kostas Tsimikas stepped in, Robertson was full of energy from the off, as shown by a brilliant run all the way to the edge of Brentford‘s penalty area.

The left-back was suspect in holding the defensive line on a number of occasions, though, while his finishing left a lot to be desired at the other end.

What a pass for Salah’s goal. It was a magisterial performance from Fabinho on the ball, keeping Liverpool ticking over and building momentum throughout.

There was something lacking as Brentford found themselves with plenty of space around and being the Reds’ defence, however, with the No. 3 arguably not doing enough to tighten the distances.

Henderson plays with real vibrancy in his tweaked role on the right of the midfield, and it allowed him to get into great position to cross for Diogo Jota‘s equaliser.

The captain struggled to gain control of proceedings, though, with the trio of him, Fabinho and Curtis Jones needing work.

Jurgen Klopp made a big call in keeping Jones in the side rather than James Milner, and the youngster tried to put himself about from the first whistle, with his high pressing crafting a chance that saw Salah’s effort cleared off the line.

Jones played the Wijnaldum role impressively – retaining possession with simple passes and guarding of the ball – but with more cutting edge in the final third, with his rocket of a strike to show for it.

Substituted immediately after his goal, but he should be hoping to start against Porto on this form.

Every goal Salah scores seems to be a record-breaker.

This time, he became the fourth-fastest player to score 100 Premier League goals for a single club, along with moving into Liverpool’s all-time top 10.

The Egyptian was a nuisance throughout, and should have ended the game with more than one goal as he saw one cleared off the line and wasted a one-on-one with David Raya in the second half.

It seemed to be playing out as a familiar night for Mane as he toiled and snapped at chances, but the inevitable goal never came for a fading force.

With Roberto Firmino breathing down his neck, Jota put a disappointing performance against Crystal Palace behind him as he impressed in the No. 9 role.

Off the ball, he pressed relentlessly, while he rose expertly to head home the equaliser at 1-1 – a vital goal that spurred Liverpool on. 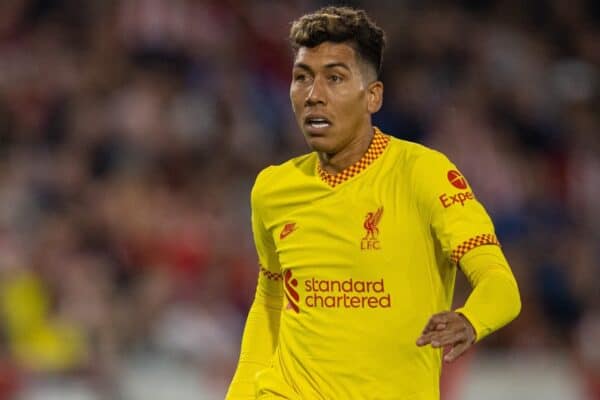 Roberto Firmino (on for Jones, 68′) – 6 – Came on as a No. 10 and almost found himself on course for a dramatic winner, only to be denied by Mathias Jorgensen’s block.

A physical, traditional strike partnership may just be Liverpool’s kryptonite, but despite the first-half flaws, Klopp kept faith in his system and a rollercoaster of a game played out.

The decision to switch to a 4-2-3-1 later on, with Firmino on for Jones, was a bold one, and a case could have been made for keeping the young midfielder on after the confidence boost of his strike.

Liverpool remain unbeaten and top of the Premier League, despite the disappointment of the result, so Klopp can’t be too let down.