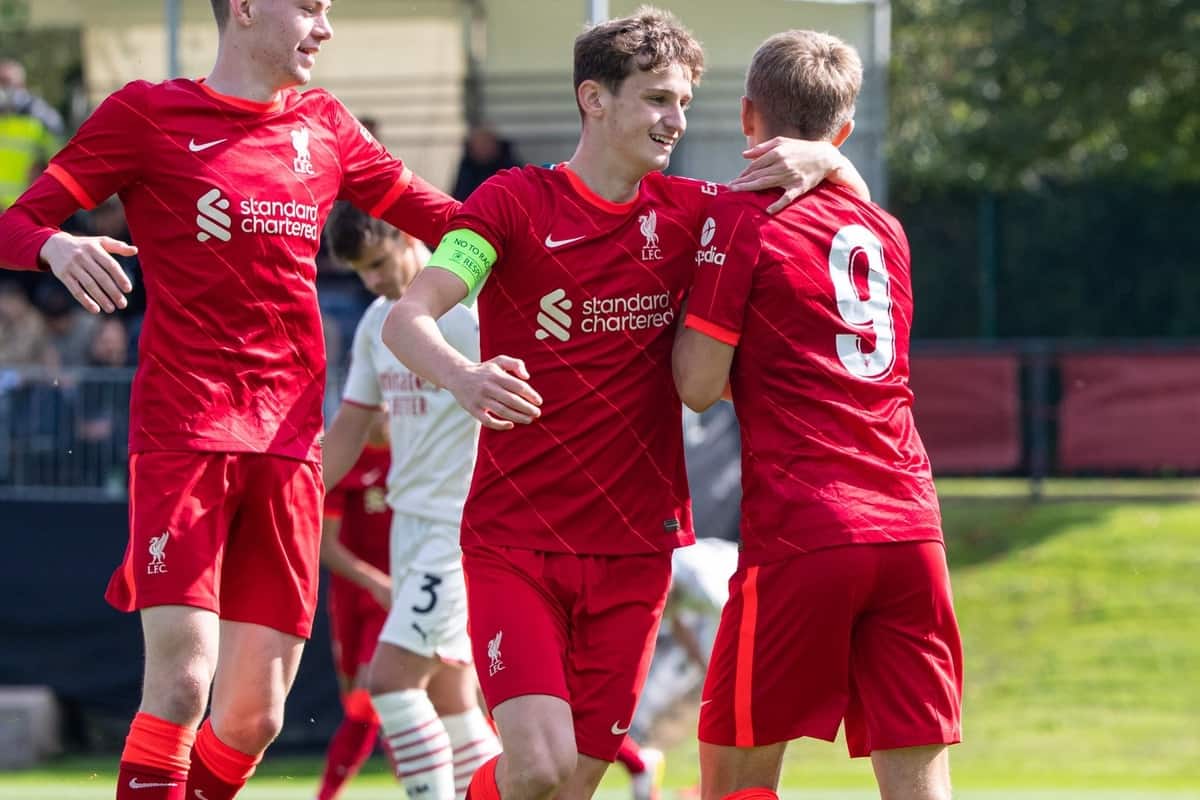 Harvey Davies secured a well-deserved clean sheet as the Liverpool under-19s kicked off their UEFA Youth League campaign with a hard-fought 1-0 win over AC Milan.

After 18 months away due to cancellations, the young Reds were back in the UEFA Youth League on Wednesday afternoon as they hosted AC Milan at Kirkby.

Led by captain Tyler Morton, a strong U19s side took to the field at Liverpool’s training ground, including Kaide Gordon, Owen Beck, Conor Bradley, Billy Koumetio and 18-year-old goalkeeper Davies, who are all on the fringes of the first team.

The remarkable development of Beck from skinny teenager to viable left-back was proven again early on, as the Welshman burst through challenges down the flank and laid the ball inside for Max Woltman to break the deadlock. 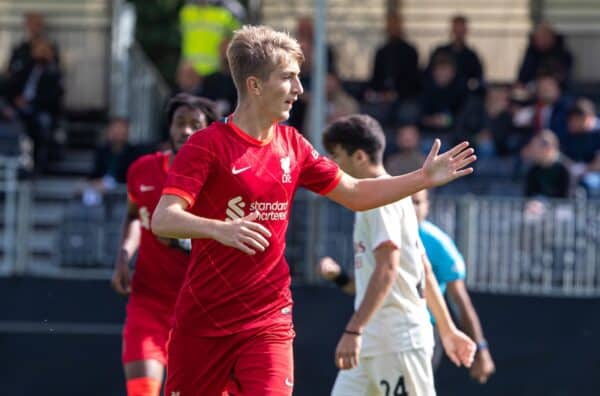 All eyes were on Gordon whenever he took possession, but the all-round play of Marc Bridge-Wilkinson’s side was the key feature of the first half, with their composure and technical quality allowing them to play around an awed Milan outfit.

Davies was required to make a great save before Liverpool charged down the other end again, with the skill, pace and power of James Balagizi leading a smart move that eventually saw Gordon drive just wide.

Milan struck the bar after a slip from the otherwise-excellent Luke Chambers filling in at centre-back, while Morton drew a sprawling stop from Sebastiano Desplanches shortly before half-time. 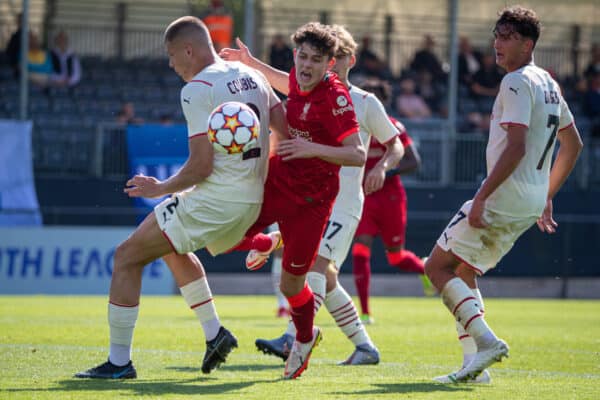 Liverpool remained in control after the break, but Milan were certainly more confident after Federico Giunti’s team talk, holding stronger against the young Reds’ fluid attack.

Beck was a constant threat down the left, and felt he had won his side a penalty after cutting into the box and shifting back onto his strong foot, but instead he was shown a yellow card for simulation.

The hosts had two more penalty shouts waved away as Beck and Gordon were both brought down, while Davies showcased the progress made training with the first team as he pulled off a series of superb saves. 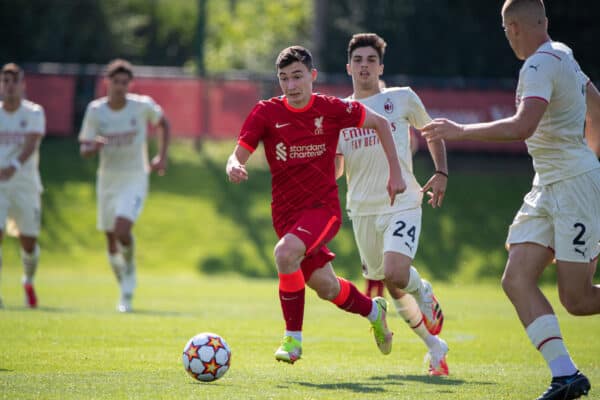 Cramp began to set in for the Liverpool youngsters and Bridge-Wilkinson swapped Musialowski and Balagizi for Oakley Cannonier and Dominic Corness, with the 1-0 victory – and a clean sheet for Davies – a just reward for their overall display.