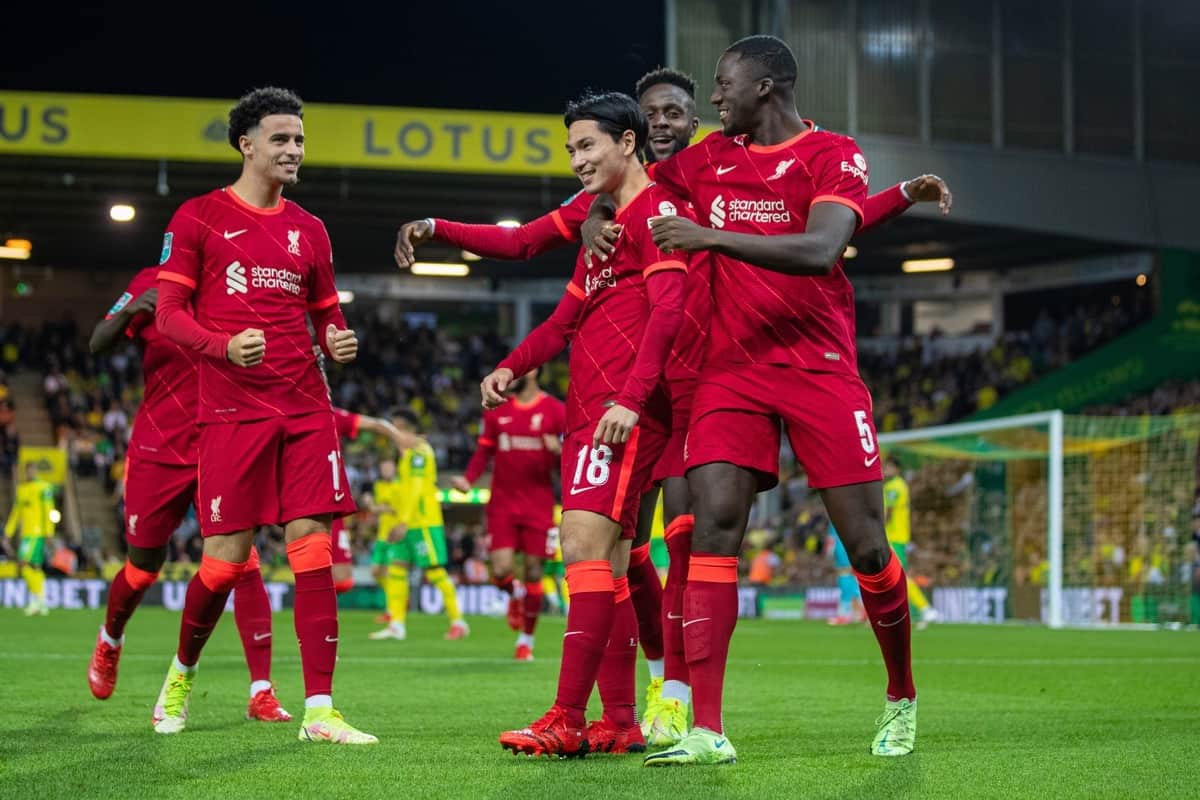 Nine more changes, three more goals as Liverpool thumped Norwich for a 3-0 victory in the third round of the League Cup, with Jurgen Klopp‘s fringe players thriving.

His opportunities are rare, and therefore when called upon, Kelleher needs to impress; Tuesday saw him patrol the defensive third with confidence and cap it with a penalty save.

With his international manager also watching on, a comfortable clean sheet was a statement from the Irishman.

The less-hyped of the debutants, Bradley looked largely comfortable from the first whistle, with his relentless, hard-running approach perhaps already a more attractive fit than Neco Williams.

There were issues when it came to his concentration in defence – notably as he conceded a penalty in the first half which, luckily, Kelleher denied – but he recovered well.

A solid debut from an 18-year-old with a bright future ahead of him.

He did well, utilising his speed and strength to snuff out a limp Norwich attack.

Three days after his Liverpool debut, Konate was given another chance to impress and his display was similar to that seen against Crystal Palace: calm, composed, swift and strong.

At times, the Frenchman was guilty of ball-watching, reacting slower than hoped, but largely it was another promising early outing from the Reds’ new signing.

It may have been a frustrating first season for Tsimikas, but it was certainly worth the wait for a cult hero in the making.

He was defensively sound with a real thrust pushing forward, while it was his delivery that teed up the goals for Takumi Minamino and Divock Origi – that left foot is becoming a real weapon.

Deployed as the deepest of the three midfielders, Jones was relied upon for his canny ability to retain possession, and on his 50th appearance for the club, the 20-year-old controlled the battle well.

He grew in confidence as the night went on, and even went close to finding the back of the net with a spectacular effort.

One of the senior players who will have been expected to dominate – particularly after his cracker against Palace – Keita was quiet throughout his 45-minute showing.

Brought off at half-time as Tyler Morton made his debut, in what was likely a planned substitution.

If Keita was anonymous in the first half, Oxlade-Chamberlain was, unfortunately, worse.

The No. 15 switched to the left flank after the break, with Minamino taking up duties in midfield, and given space to run into he was slightly more impressive – but there’s a lot more to do.

All eyes were on Gordon as he made his debut, becoming the club’s fifth-youngest player ever, and he didn’t disappoint those hoping for fireworks early on as he pressed high and tested Angus Gunn, cutting inside from the right.

The 16-year-old faded out of the game slightly as it wore on, though a brilliant through ball almost led to a second goal for Origi, and in the context of the night, it was an excellent one for Gordon.

Takumi Minamino – 9 (Man of the Match)

The passion in Minamino’s celebrations shows everything you need to know about a player who is desperate to prove himself as a regular at Liverpool.

On Tuesday, the No. 18 showed his quality in two positions – on the left and in midfield – marking the night with two brilliantly taken goals to strengthen his case for a chance in the Premier League.

Origi loves the League Cup. A goal, an assist and a menacing performance leading the line against a strangely meek Norwich defence.

The goal – a well-taken header from Tsimikas’ cross – was his 10th in 14 appearances in the competition, with only six players scoring more for Liverpool in its history. 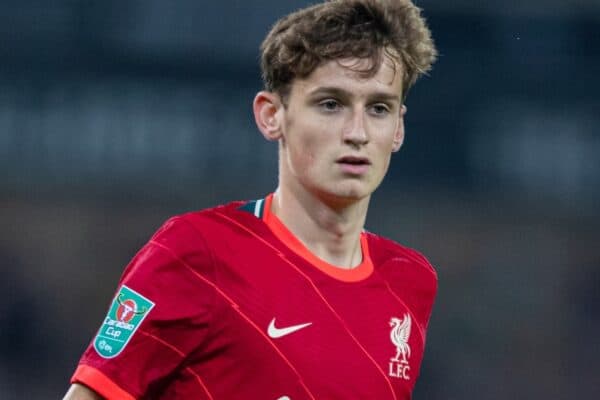 Tyler Morton (on for Keita, 46′) – 8 – Not yet a household name, but the youngster changed the midfield dynamic with his aggression and turn of pace.

Andy Robertson (on for Tsimikas, 66′) – 7 – Picked up where Tsimikas left off, effectively.

Jordan Henderson (on for Jones, 87′) – N/A – Denied another debut for James Balagizi. 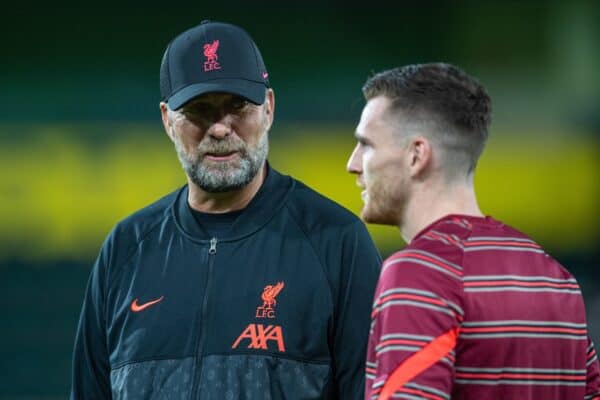 With nine more changes, Klopp fielded an on-brand mix of youth and experience in the cup and was rewarded with a fine display in which the fearlessness of his young stars shone through.

The impact of Minamino, Origi and Tsimikas is another signal of a competitive squad, while Bradley, Morton and Gordon have all hinted they can contribute again before the end of the season.

If the Keita substitution was pre-planned, as expected, it could be seen as a perfect night for Klopp and Liverpool.