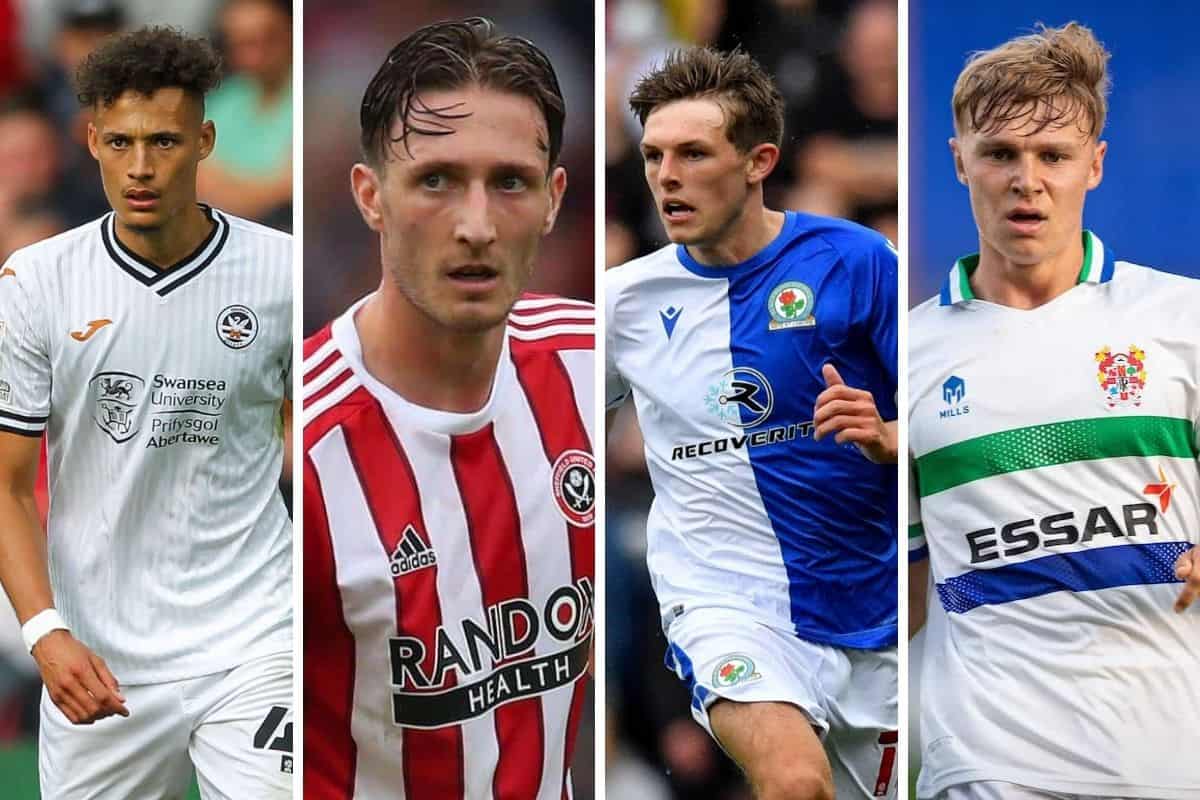 It was a noteworthy weekend for both Rhys Williams and Sheyi Ojo as their season officially got underway with their respective clubs, with six other loanees also handed minutes.

A deadline day move for 20-year-old Williams ensured he had to wait to take to the field in the colours of Swansea City, but he did so at the first opportunity on the return from the international break.

Russell Martin continued with his back-five, and Williams was deployed on the left of the centre-back trio, next to Ryan Bennett and Kyle Naughton, for Hull’s visit to the Liberty Stadium.

“Rhys Williams settled in brilliantly, he played like he had been here for a long time,” Martin would explain post-match after the 20-year-old helped keep a clean sheet in the 0-0 draw, impressing with a number of diagonal balls as Swansea dominated possession and territory.

Elsewhere in the Championship, Ojo was named in the XI for Millwall as they faced league leaders West Brom, replacing the injured Benik Afobe to line up on the left of the attack.

The 24-year-old got off to a slow start with his new team against a physical Baggies outfit, but it was one he would slowly grow into, most notably after Millwall got back on level terms in the 55th minute.

But an opportunity to clinch victory off his boot would be snuffed by Sam Johnstone as he allowed his intentions to be known as he bared down on goal after refusing to give up on the play, he would be withdrawn after 80 minutes.

“It was a tough game for Sheyi,” manager Gary Rowett said. It’s a game of second balls, a game of fighting.”

To finish off the action in the English second division, Sepp van den Berg continued his attempts to add to his goal tally as Preston’s right-wing-back, but his early strike would fly over the crossbar to keep his total at two.

He would be asked questions defensively before the match settled into a back-and-forth encounter that would also end 0-0.

The draw theme would continue for Ben Woodburn in Scotland, with the youngster featuring for 71 minutes as Hearts were held against Hibernian.

It was not without Woodburn’s best efforts, however, with the youngster heavily involved in the final third throughout, showing an eye for a pass but was guilty of one or two over hit deliveries.

And we was denied what would have been a brilliant assist after threading the ball through the defence at an angle, only for Mackay-Steven to see his effort saved.

Finally, there was a second clean sheet of the season for Jakub Ojrzynski, while Luis Longstaff made his Scottish League One debut as a 65th-minute substitute for Queen’s Park, in you guessed it…a 0-0 draw.