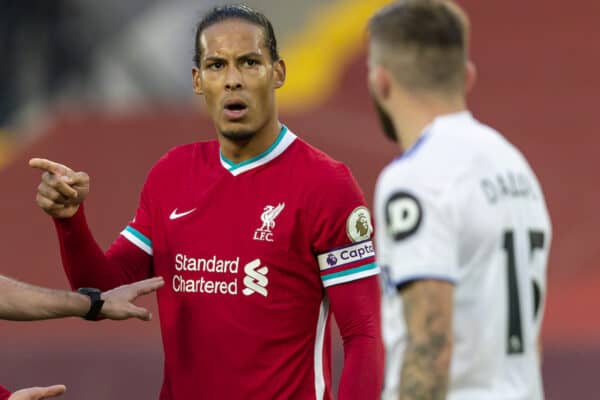 Leeds continue to enjoy life under the influential Marcelo Bielsa, but how confident are their fans of victory against Liverpool this weekend?

After a two-week break for internationals, Jurgen Klopp‘s side return to the Premier League with a tough trip to Elland Road.

The Reds drew 1-1 at home to 10-man Chelsea in disappointing fashion last time around, so a response is required.

Klopp’s men will come up against a high-intensity Leeds side who have flourished with Bielsa in charge, so it could be a big challenge ahead.

As Sunday’s game edges closer, we spoke to the Yorkshire Evening Post’s Joe Urquhart (@JoeUrquhart_) to get the lowdown on Leeds, his thoughts on Liverpool and the weekend clash.

How would you assess Leeds’ summer overall?

I think it was always going to be a case of tempering expectations at Elland Road after the club spent nearly £100 million following promotion a year ago.

The 25-year-old was relatively cheap at about £14 million and I think for the first time in a long while there is real hope he can provide a solution for Leeds on the left side of defence.

That’s an issue that goes back years and years.

Obviously, the big deadline-day signing was Daniel James from Man United – there was a little bit of scepticism from fans but I think most see him as an upgrade on Helder Costa, who as a result of the transfer moved out to Valencia on loan.

The big complaint with James was not his actual arrival, but more the fact there is a general feeling that Leeds needed to add a central midfielder to the squad.

Overall, though, I think this summer was a fairly positive one in the transfer market and that seems to be the general feeling.

What are your realistic expectations for the season?

It’s been a bit of a slow start – Leeds are yet to win a game this season and this weekend presents another tricky task.

I said at the start of the season that anywhere from ninth to 15th place would be absolutely fine as a newly promoted club in the second year, so I will stick with that.

It felt like Leeds majorly overachieved last season for a first year in the Premier League, but Bielsa doesn’t want to sit back so he will have matching a top-half finish at the very least in his mind.

Do you see parallels between Klopp and Bielsa, in terms of how they’re revered by the fans?

I think so, absolutely. Both managers have brought major success to each club and are quite rightly a large part of the identity in West Yorkshire and Merseyside at the moment.

Bielsa will forever be remembered as the man who brought Leeds back to the forefront of English football – they might as well start building him a statue now.

For many supporters, he is basically untouchable.

I imagine, from the outside looking in, Klopp is very much the same after delivering a Champions League and a first top-flight title of the Premier League era.

Both men have made history and will, whenever they leave, be remembered for a long, long time – and that’s without even touching on their coaching abilities.

Who do you view as Leeds’ three most important players?

Kalvin Phillips, Patrick Bamford and Raphinha. I think these three pick themselves – it’s obvious, but I’m going to go with it.

Phillips has been the key for Bielsa since the day he arrived.

He is the insurance for the way Leeds commit to attack, by sitting and protecting the defence. His range of passing is often overlooked, too.

Bamford brings the goals as a lone striker and with a lack of creativity behind him – Leeds are hoping club-record signing Rodrigo will step up in his second season – Raphinha will be lent on to unlock defences with some magic.

He’s already shown it against Everton and Leeds are going to need plenty of it throughout the campaign. As I’m sure we all know with the Brazil dispute, though, he might be missing, which would be a big blow.

It’s hard to know who might come in if so.

James will essentially have had one training session after international duty, while it would be a big ask for youngster Crysencio Summerville to make his debut, so it might be Stuart Dallas who gets the nod.

If there’s a problem, Dallas will usually solve it.

How do you assess Liverpool’s title chances?

It’s a little early to say, but I think Liverpool will be in and around it, as always.

I do think Man City and Chelsea will be the ones to beat this season but I don’t think you can ever count out Liverpool under Klopp.

It could be a cracking title race this year.

Cristiano Ronaldo – as much as we all don’t like to say it – will add another layer of intrigue at United.

Again, obvious, but it has to be Mo Salah. His Premier League record speaks for itself as does his ability to unlock defences.

I think generally the pace at which Liverpool’s front three operates will be a key factor in the result at the weekend.

Leeds like to commit players forward in waves, which should mean a fairly open game.

The Brazil and FIFA complications have also put a slightly different spin on the match, but I think your strength in depth should provide enough.

Raphinha missing would be a serious blow for Leeds, as mentioned.

Phillips is always key. If he wins his battle in the middle of the pitch then generally Leeds are pretty well set.

He had a good contest with Fabinho last season whilst trying to keep others quiet.

Bamford vs. Van Dijk should also be a good contest.

Bamford is full of confidence from an England call-up and bagged his first goal of the campaign against Burnley last time out.

I think, being of a Leeds persuasion, I’m going to go for a score draw, so 2-2. I can see it being a lively affair.

Elland Road will be bouncing for this one – Liverpool will be the first proper ‘top four’ team to come to LS11 since fans were allowed back in.