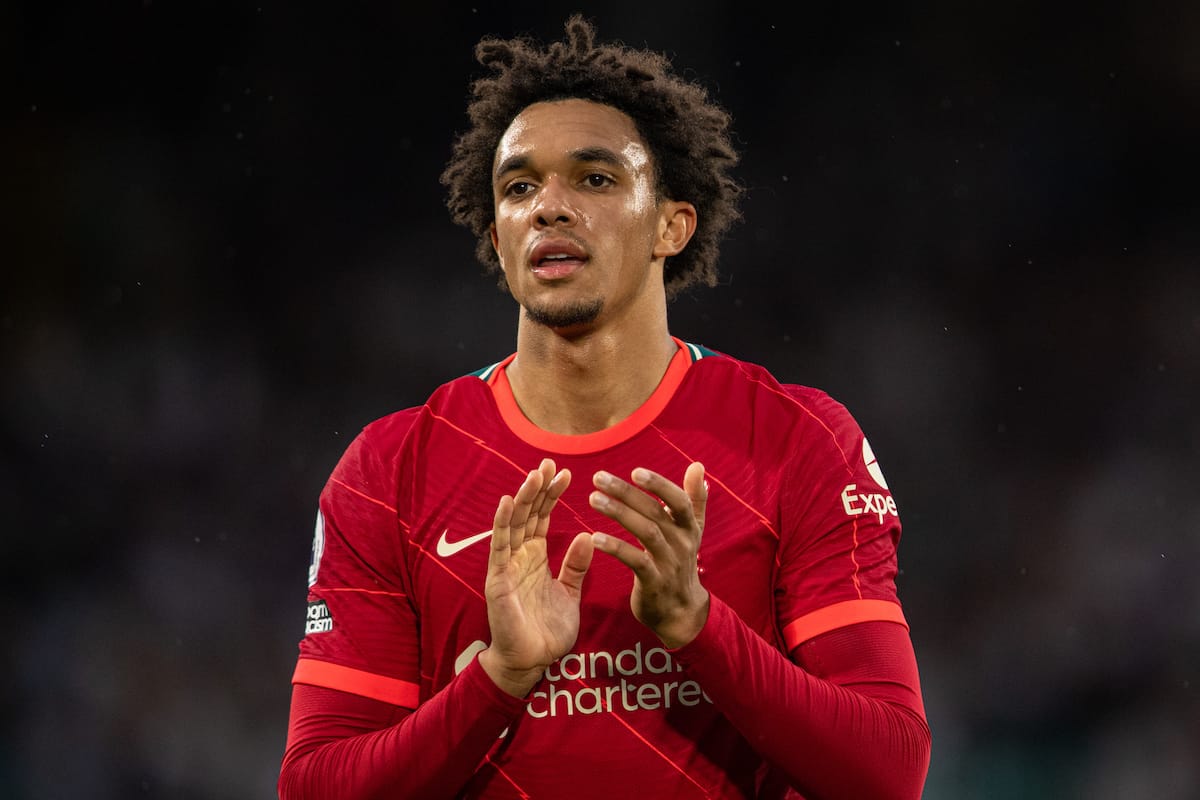 Trent Alexander-Arnold has missed tonight’s Champions League clash with Porto due to a groin injury, which Jurgen Klopp sees as a concern for Sunday.

Alexander-Arnold was omitted from the Reds’ squad travelling to Portugal, with Klopp including youngster Neco Williams in his 23-man group instead.

It was initially suspected that the right-back was simply being rested, particularly given the visit of Man City is to come this weekend, but now it has been confirmed it is an injury issue.

Speaking to BT Sport ahead of kickoff at the Estadio do Dragao, the manager cast doubt over Alexander-Arnold’s involvement against City.

“It was shortly after training, Trent went in a little bit earlier but it didn’t look serious,” he explained.

“We did further assessment and in the end it was serious.

“So, he is out for today for sure, he didn’t travel with us, and it doesn’t look great for the City game as well.

“It’s a muscle thing. We thought he was just a bit tired from the [Brentford] game but it was more and now we have to deal with that.”

James Milner started the Champions League tie in Porto, and the veteran could keep his place in the lineup against his former club.

Joe Gomez is also a possibility, with Williams arguably the most unlikely candidate having not been trusted against Porto.

Alexander-Arnold is not the only player set to miss the City clash, with Thiago and Harvey Elliott also sidelined for the foreseeable future, leaving Klopp with few options in midfield.