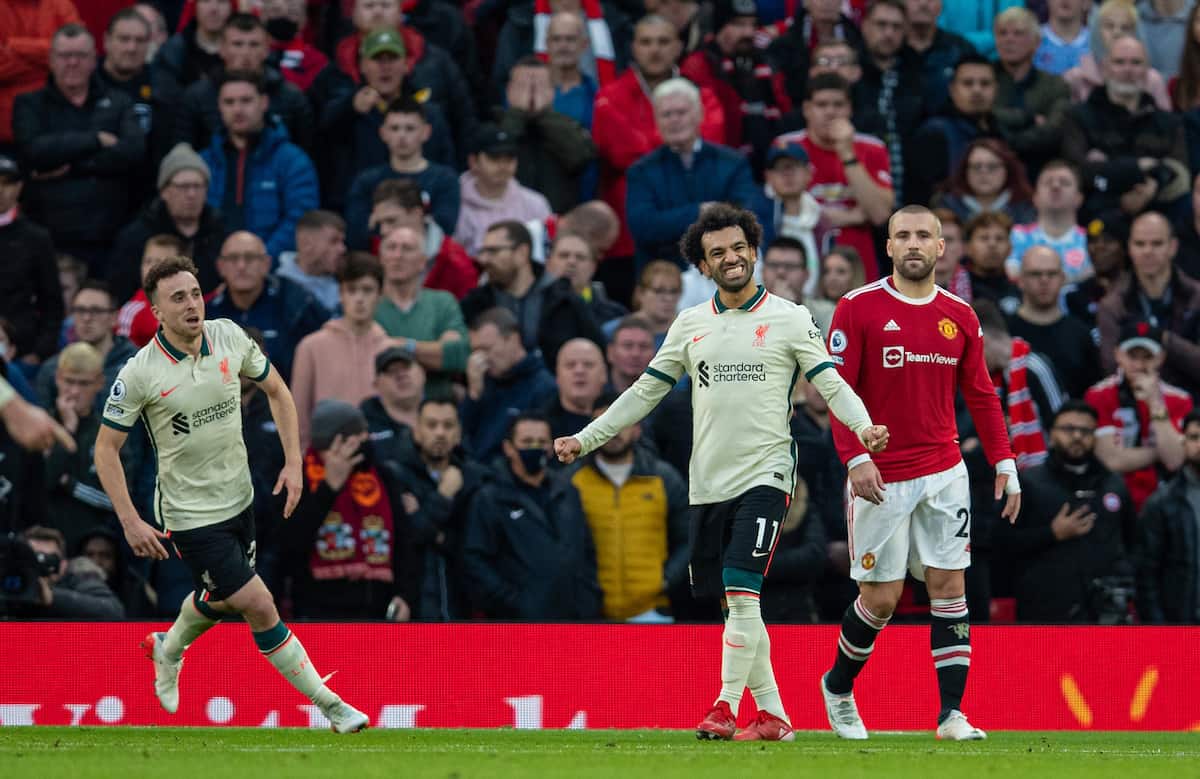 Diogo Jota described Liverpool’s 5-0 victory over Man United as “historical,” pointing to a “proper pre-season” as the key to an incredible start to the season.

The Reds have played 13, won 10 and drawn three so far this campaign, scoring 41 goals, conceding 11 and keeping seven clean sheets.

In all eight of their away games, Jurgen Klopp‘s side have scored three or more goals, with the 5-0 humiliation of United at Old Trafford already the third time they have scored five in a game this season.

Speaking to LFCTV after the win, Jota – who netted the second goal – reflected on a “historical result” in which Liverpool began in “almost perfect” fashion.

“It’s hard to dream of such a good thing, to be honest!” he said.

“We always expect a tighter game, but in terms of the result, I think we were outstanding today, especially until 2-0 in the first 15 minutes – we were almost perfect.

“After that, we conceded a little bit, counter-attacks, we started losing the ball.

“But in the end, it’s a historical result and one for the fans to remember for a while.”

Jota is in his second season with Liverpool, with his first an oddity played in largely empty stadiums having been brought in after two games had already been played.

The Portuguese has been in and out of the side this time around, but is relishing the team effort that stems from a “proper pre-season” together, spending four weeks away in Austria and France.

“Of course, having fans in the stadium always helps,” he continued.

“But I think the proper pre-season helped as well. So we are all together as a team, and I hope we can continue playing like this for an entire season.”

Jota’s goal was followed by another hat-trick from Mohamed Salah, and the 24-year-old described his attacking colleague’s remarkable form – which has brought 15 goals in 12 games so far this term – as “massive.”

“I think, of course, the way the team is playing at the moment helps a finisher like he is,” Jota said.

“It’s one of those times where every time he touches the ball it seems to end up in the back of the net.

“That’s unbelievable for us, and I hope that can continue for a while.”