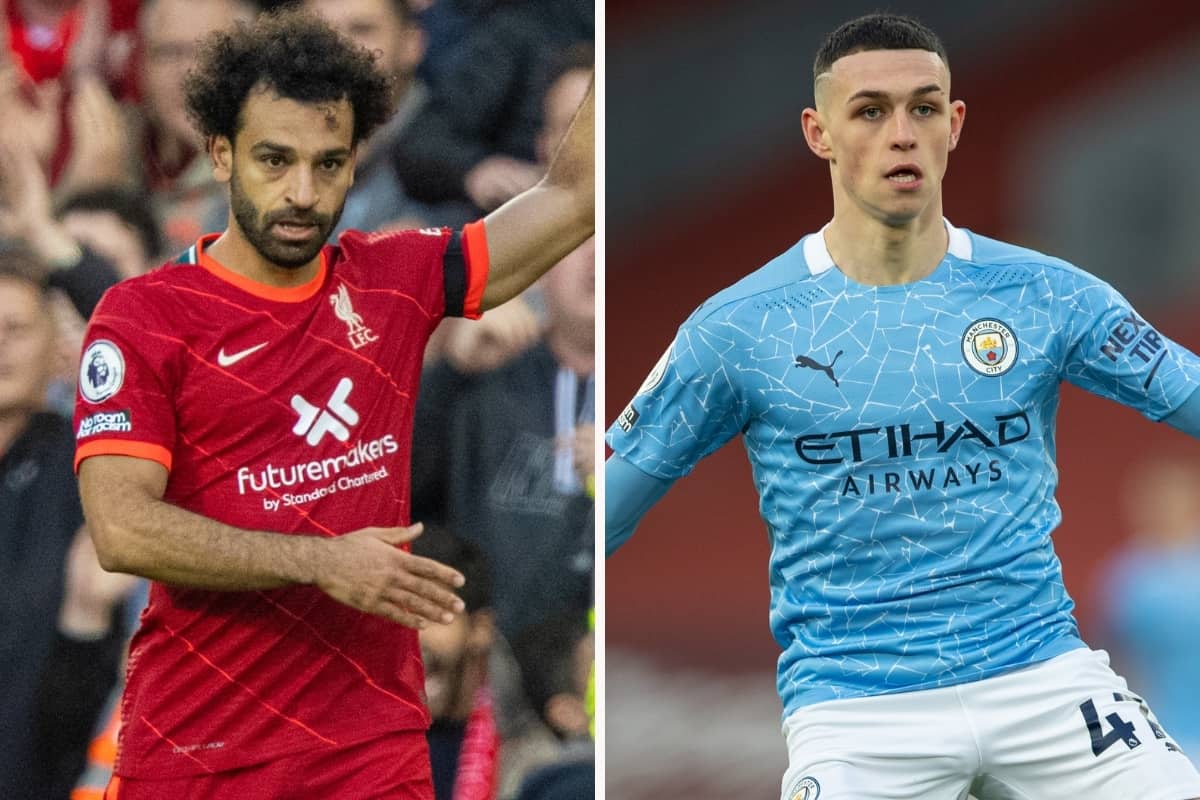 Liverpool’s 2-2 draw with Man City ended with Mohamed Salah and Phil Foden sharing the Man of the Match award, which left fans of all persuasions baffled watching on.

A classic game unfolded at Anfield on Sunday, with the two best sides in England trading blows throughout a fierce encounter.

City dominated the first half as James Milner was exploited by Foden’s pace, but Alisson was more than a match for the England winger as he made a series of strong saves.

It was Liverpool who struck first, then, as Salah’s brilliant pass fed Sadio Mane through for 1-0, only for Foden to level the scores 10 minutes later.

Salah’s world-class goal looked to set the Reds on course for victory, but Kevin De Bruyne then hammered in a leveller and Rodri to denied Fabinho a late, late winner.

As part of Sky Sports’ coverage, co-commentator Gary Neville named both Salah and Foden as his joint-Man of the Match, in an unprecedented move designed to acknowledge the quality on show from both sides.

But those watching the game were not so convinced, with Liverpool fans taking to social media to call for the prize to never be shared again:

Joint man of the match get me off this planet

A joint Man of the Match after that goal and assist?!?!

Joint man of the match? You’re having a laugh.. English bias at its best. Salah should be the only motm

Foden has played well but Salah is the clear man of the match in this game.

It was not only those from Merseyside who took Neville’s decision the wrong way, with journalists and supporters of other clubs also criticising the call:

Joint Olympic gold medals and joint man of the match in the same year ????

Joint man of the match is an escalation on “football was the real winner today” that no one called for.

"a joint man of the match award?" pic.twitter.com/6QbIJLR2je

Joint man of the match that is ridiculous, never seen that before , Salah for me though as good as Foden has been , Salah involved in the two crucial moments for Liverpool that have resulted in goals. Not a fan of that at all ridiculous, just pick one or the other #LIVMCI

Joint man of the match is such a cop put. Like blokes who have two best men

If they manage to pull this joint man of the match interview off under the noses of the health and safety police, I absolutely guarantee it will include the words "this man's goal…wasn't too bad, was it, Phil?!"

In reality, the Man of the Match award is an arbitrary honour chosen on a whim by whichever ex-player is in the gantry on any given day.

But, come on. Let’s not see any more of this, Gary!